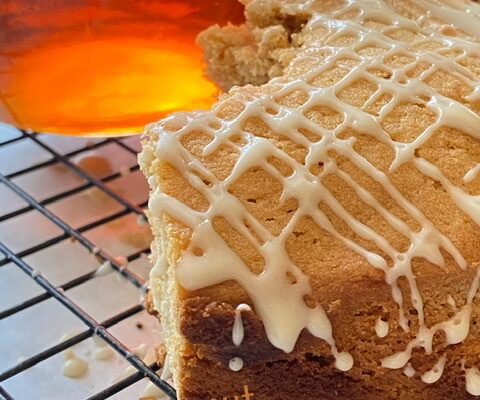 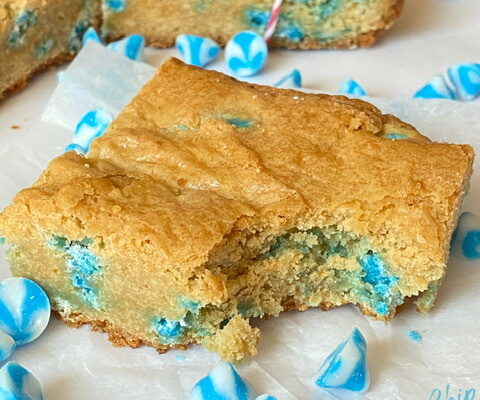 All my bags are packed, I’m ready to go, I’m standin’ here outside your door, I hate to wake you up to say goodbye.”  Those are a few of the words to the popular song by John Denver, Leavin’ On A Jet Plane ✈️. I mean, who doesn’t know the words, at least a few words, to that song! This coming Saturday I will be on my very first international flight. With passport in hand, I’ll be heading to Canada. Toronto Ontario to be more specific. Cindy and her hubby Rob will pick me up at the airport and we’ll be off for Wiarton Ontario where they live. Apple Pie Bars is an Ina Garten recipe. 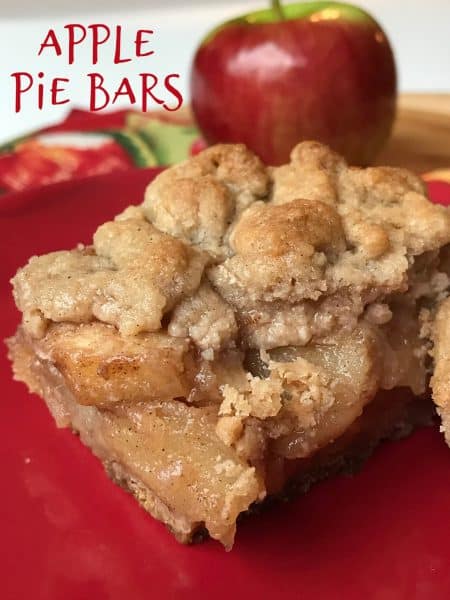 Cindy and I “met” through blogging way back in 2012. In fact, Cindy was the first person to ever leave a comment on my blog. Cindy no longer blogs like she once did at South of Wiarton but nonetheless we’ve keep in contact. Over the years we have become fast friends having much in common. I thought it was time for me to take of faith and go for a visit. After all like I told my hubby, “You don’t know, if you don’t go!” Ironically, this trip will be funded totally with money I’ve made blogging. 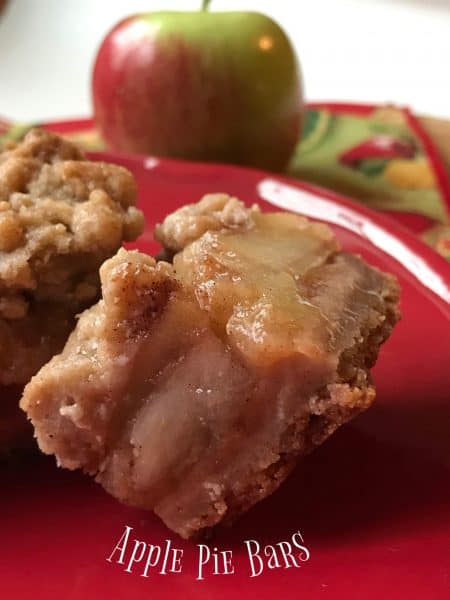 This recipe for Apple Pie Bars is from the celebrity chef Ina Garten from the Food Network. There was a time when I watched the Food Network all the time, especially when the channel was relatively new. Back then food related travel shows were equally as popular on the Food Network as cooking shows. Martha Stewart had her show that I really liked and learned some very useful “good things”

This is the first recipe I’ve ever made from Ina Garten and it’s a keeper. Super easy and beyond delicious! When my hubby was on vacation a few weeks ago, we stopped at Everflow Apple Orchard located near Bonduel. I made applesauce and we ate our fair share of fresh apples but the hubby wanted an apple dessert. I decided on this particular apple dessert because it only makes an 8 x 8-inch square baking pan. The perfect size for us. We simply can’t and shouldn’t eat a 9 x 13-inch baking dish! Plus apple desserts tend to get juicier the longer they hang around, turning a once crunchy crust into a soggy one.

Another issue I want to address before I leave on a jet plane, is the issue I’m having with my images or lack thereof. Ever since I updated WordPress my images or some of them anyway, don’t seem to want to show up. At first I thought it was only happening on my phone, nope it was doing the same thing on my computer. Was my computer taking a nose dive?  Nope. After a few days at Best Buy, that wasn’t the problem either. Since I have no idea what the problem is, I’ve decided to let it be until I get back. If you have any suggestions email me or leave a comment.