Jump to Recipe
by Lynn // August 19, 2016
We may earn money or products from the companies mentioned in this post.

The Olympics are winding down but there is still time to celebrate. What a better way to celebrate than with a refreshing Red, White and Blueberry Salad. I love the Olympics and always have. The opening and closing ceremonies, the different countries, the flags and of course the Athletes. I can remember watching the Olympics when I was a child on our big black and white TV and then every 4 years after that on our Zenith color TV. 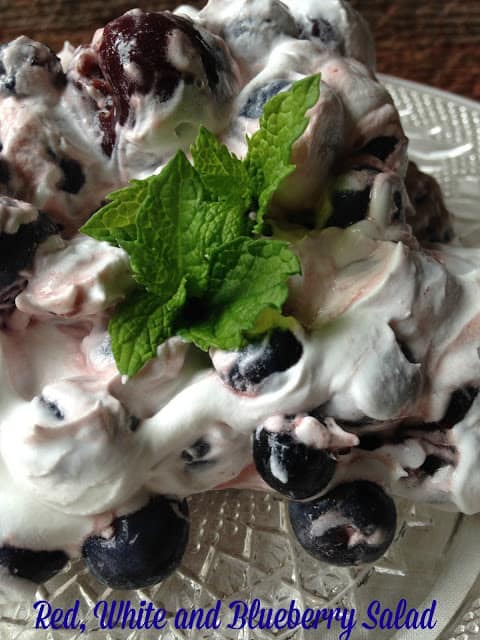 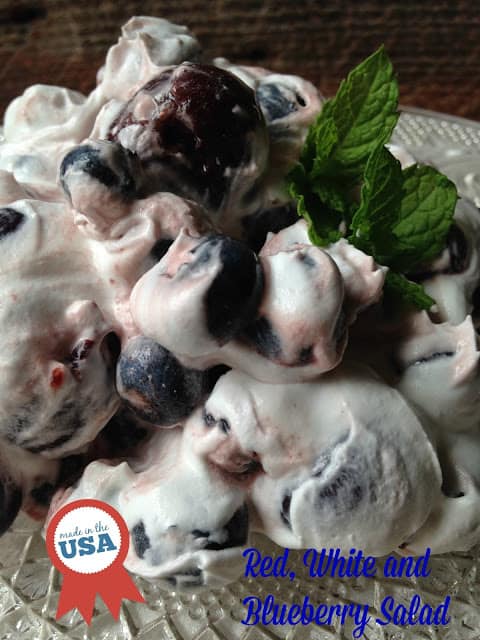 My grandson who is 5 has spent time with us this summer. We’ve been watching the Olympics together and I’ve been explaining to him the ins and outs of the Olympic games. What it means to win a Gold, Silver and Bronze medal. Its also a great way to teach kids about other countries and to get them interested in flags fro around the world. Hopefully, this will start him on his own path to watching the Olympics.

Even though the Olympics are not as popular as they once were in the US, I think it’s a great way to teach kids about different countries and to watch people of all age groups and race compete in a competition. My favorite is the Winter Olympics. The figure skating, down-hill skiing, bob-sledding, curling…all of it. I’m looking forward to 2018 when the Winter Olympics will be held in South Korea. 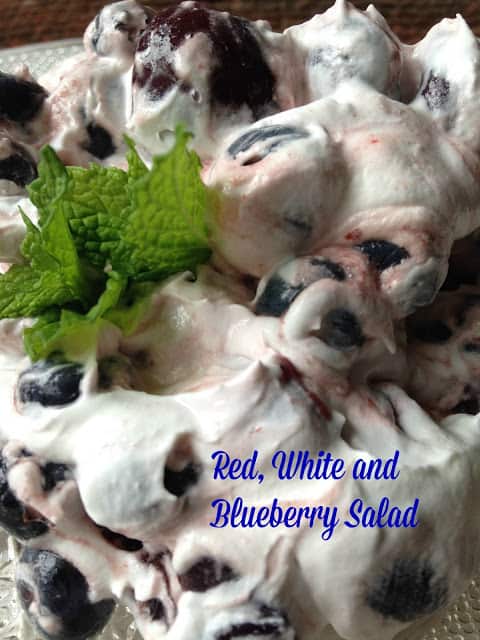 This Olympic Symbol, widely known throughout the world as the Olympic Rings, is the visual Ambassador for billions of people. Based on a design first created by Pierre De Coubertin, the Olympic Rings remain a global representation of the movement and it’s activity. I went on a quest to find out what the rings actually mean and here is what I found out.

“The Olympic symbol consists of five interlaced rings of equal dimensions and in five different colors. When used in its five-color version, these colors  from left to right; blue, yellow, black, green and red. The rings are interlaced from left to right; the blue, black and red rings are situated at the top and the yellow and green rings at the bottom. The rings represent the union of the five continents and the meeting of athletes from throughout the world.” 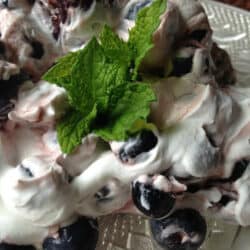 Yield: 8 servings
Perfect for the 4th of July or anytime!
No ratings yet
Leave a Review »
Print Recipe Pin Recipe

Red, White and Blueberry Salad is made using Jello Pudding and Pie Mix