Jump to Recipe
by Lynn // July 8, 2016
We may earn money or products from the companies mentioned in this post.

Fast, Easy, and Delicious. Besides being a wonderful appetizer, Quiche are great served for breakfast, brunch, lunch or dinner. I’ve found that even kids love these little mini quiche as much as adults do. Gruyere, Onion and Bacon Mini Quiche are the perfect little morsels to pop into your mouth, that’s why they’re perfect as appetizers as well, no plate necessary. 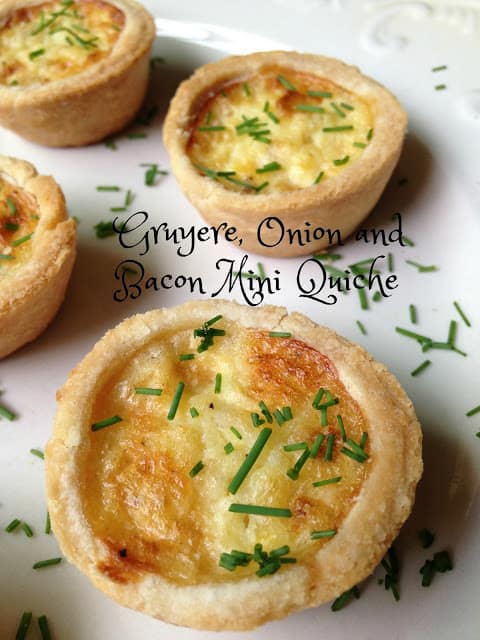 Quiche [KEESH] This dish originated in northeastern France in the region of Alsace-Lorraine. It consists of a pastry shell filled with a savory custard made of eggs, cream seasonings and various other ingredients such as onions, mushrooms, ham, shellfish or herbs. The most notable of the savory pies is the Quiche Lorraine, which has crisp bacon bits and Gruyere cheese added to the custard filling. Quiche can be served as a lunch or dinner entree, or as a first course or hors d oeuvre. 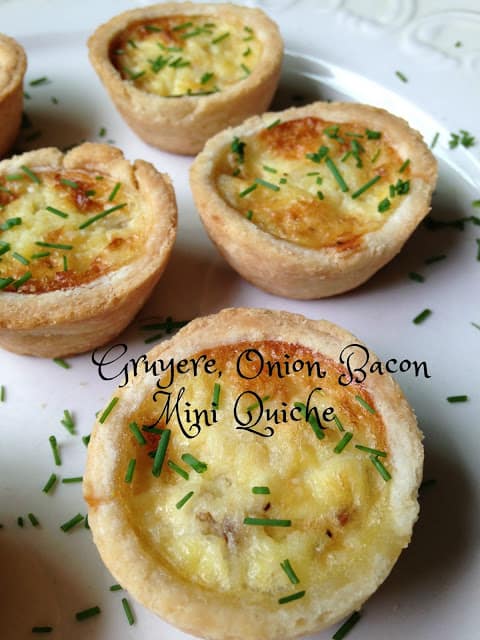 Swiss Gruyere cheese is named for the valley of the same name in the canton of Fribourg. Switzerland now has AOC standards for Gruyere cheese. Gruyere has a semi-hard to hard texture that’s very dense, compact and subtle. The hard rind is golden brown, the interior ranges from ivory to medium yellow with occasional eyes. It has a complex flavor that’s creamy, fruity, nutty, earthy and mushroomy.

With the exception of French Gruyere, most Gruyere-style cheeses are not considered on a par with the Swiss original. That’s mainly because most non-Swiss versions are factory-produced with pasteurized milk whereas AOC standards for Swiss Gruyere say they can only be made from raw milk of two milkings of cows fed only grass or hay and must be prepared in copper pots. 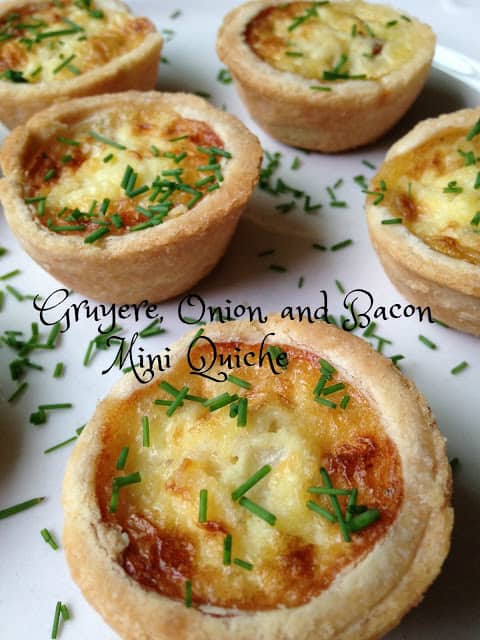 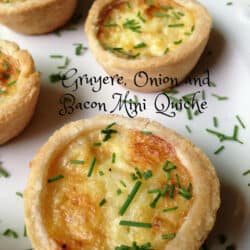 For this recipe we used refrigerated pie crusts made by Pillsbury