Jump to Recipe
by Lynn // April 16, 2015
We may earn money or products from the companies mentioned in this post. 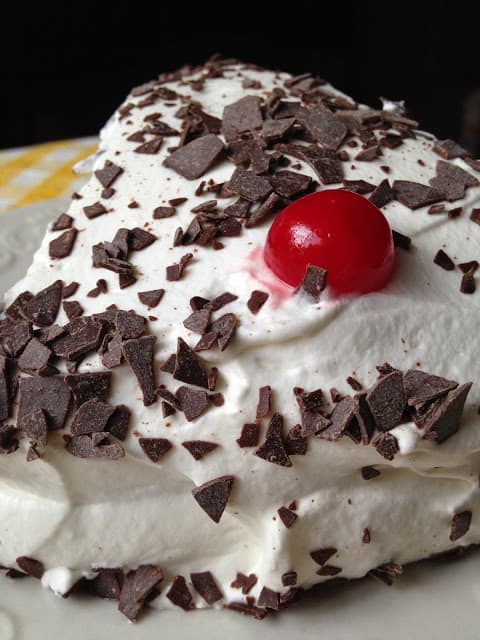 Kirsch also called Kirschwasser, is a dry, colorless Brandy distilled from the fermented juice of the Black Morello Cherry. Kirsch is made in the Black Forest Region of Germany. Its production methods remain traditional. Fully ripened cherries are mashed in a large wooden tub or vat and allowed to ferment. When the fermentation process has completed, the entire mass, liquid pulp and cherry stones are distilled in a pot still.

During the mashing, some of the cherry stones or pits are crushed, releasing some of their oils and acids. This includes small amounts of hydrocyanic acid, which gives the distinctive bitter almond undertone to the beverage. Kirsch is not aged. It is sold at 90 to 100 proof. Its a clear, colorless liquid, the same liquid that comes off the still. It is a fruit brandy with a clean, cherry fragrance and bitter almond taste.

Kirsch is consumed “neat” as a brandy and is used in many cocktails. Kirsch is also used in cooking as a flavoring. 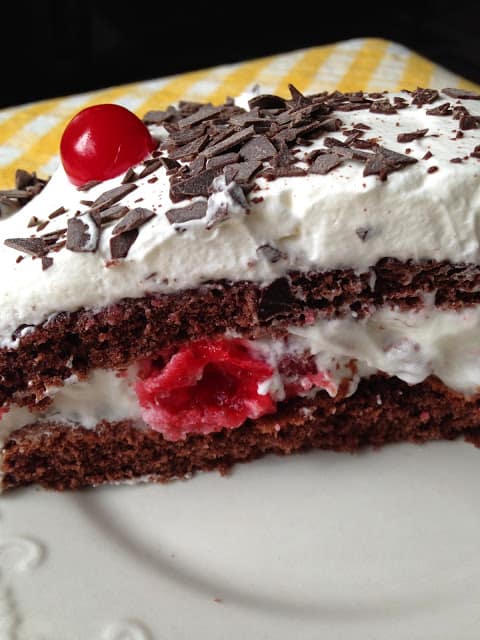 There are many ideas on how Black Forest Cake got its name. Some historians say that it got its name because Kirsch the liqueur used to flavor the cake, is made in the Black Forest.

Other historians say that Black Forest Cake got its name from the traditional costume worn by women in the Black Forest. Their dresses were black,
just like the dark chocolate shavings, their blouses white and billowing, like the whipped cream and their hats were topped with red pompoms that looked just like the cherries. 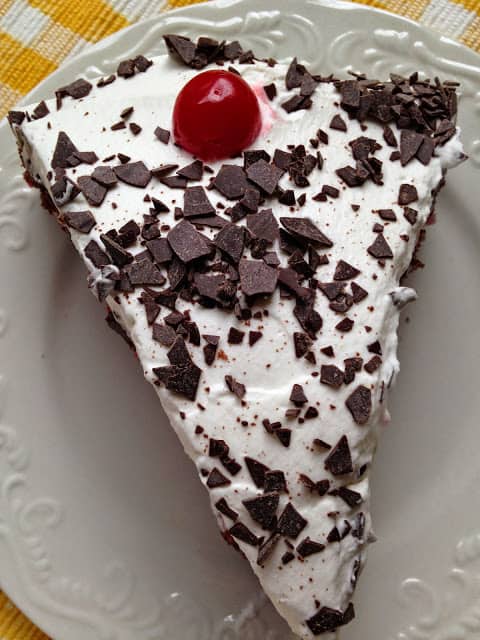 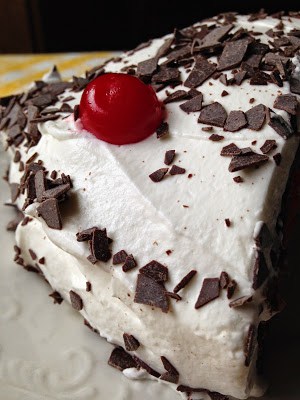 I have always been a little intimidated by the many  steps involved in the traditional recipe for Black Forest Cake. Not only are there several steps involved when making this cake it takes some time…mainly because the cherries need to soak in the Kirsch overnight and the cake needs to sit in the fridge for a day or two…to allow the kirsch to soak into the cake but if  you have the time…this cake is sooo worth it!! 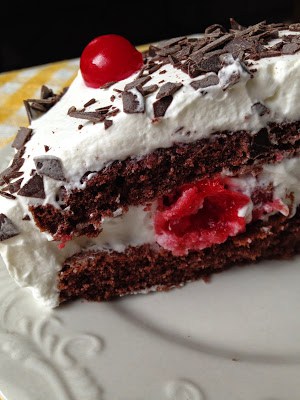 The cherries need to soak in kirsch overnight. There are 2-4 layers of chocolate sponge cake, each cake layer is brushed with kirsch. The cake needs to sit in the refrigerator overnight or longer. Each cake layer has a layer of soaked cherries and layers of fresh kirsch flavored whipped cream. The cake is frosted with more kirsch flavored whipped cream. The whole cake is then covered in dark chocolate shavings and a few whole cherries, with the stem left on, gives the cake a dramatic effect. 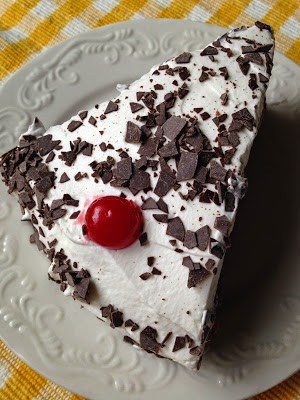 1. Black Forest Cake is made with Kirsch and only Kirsch
2. Use fresh, Black Cherries not Cherry Pie Filling
3. Only use fresh, real whipping cream not non-dairy whipped topping
4. Dark Chocolate shavings only.

Now on to the Recipe

Bekah Goertzen has written this about her recipe

“As a German woman, it breaks my heart to see all of these ‘black forest cakes’ in North America made with sickeningly sweet icing and gross cherry pie filling.This cake isn’t meant to be very sweet but is rather a dessert for adults with deep rich flavours and enough alcohol to make your head spin! If you cannot get fresh cherries you can use canned Bing cherries but please do not use cherry pie filling because it will take away from the authentic taste of the cake. If can’t find Kirsch do not use another type of alcohol because it will not turn out the same – instead use cherry juice. Because of the high alcohol content only serve this to adults.” 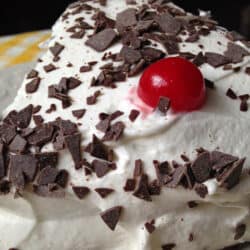 posted in: Around the World Recipes, Cake, Recipes // 4 comments