Home » Around the World Recipes » Colcannon An Irish Classic

by Lynn // March 7, 2016
We may earn money or products from the companies mentioned in this post.

Colcannon An Irish Classic is a much loved dish served in Ireland. It is the sequential dish that is the ultimate of comfort foods. For some, is brings back many fond childhood memories of their mothers, grandmothers and aunts making this comforting dish. This Irish dish even has a song written about it. In my research on Irish dishes, it seems most things in Ireland have a song or a story attached to it. Ahh, you gotta love the Irish.

Irish Colcannon is a true Irish classic dish and comfort food at its best. Colcannon is as simple as it gets and in my opinion is why its so darn good! Mashing together buttery mashed potatoes with cooked cabbage and leeks or green onions for flavoring. Once the mixture is mashed together, it is ready to eat. It’s very common in Ireland to find a recipe for colcannon printed on the back of a bag of potatoes. In Ireland, colcannon is served as a special treat with ham or Irish bacon. 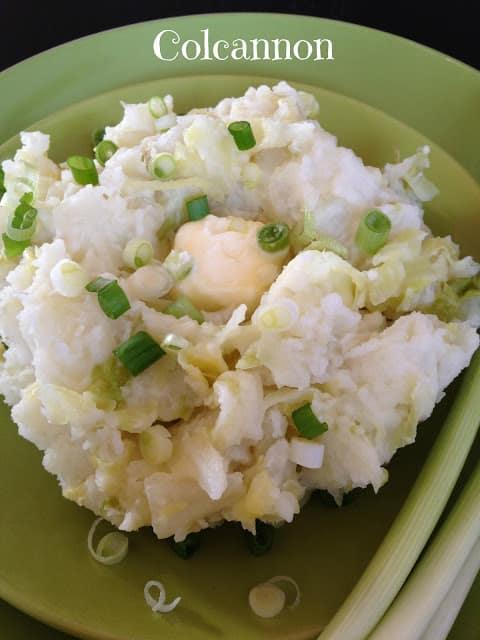 Irish immigrants that came to the United States, introduced colcannon to American cuisine. In America, colcannon is more commonly served on Saint Patrick’s Day. The Irish tradition is to serve colcannon as the main dish for Halloween festivities and refer to the evening as “Colcannon Night.” Colcannon is also used for the foretelling of marriages too. Young single Irish women hope to find the ring hidden in their plate of colcannon. She will then likely marry within the year before the next Colcannon Night. 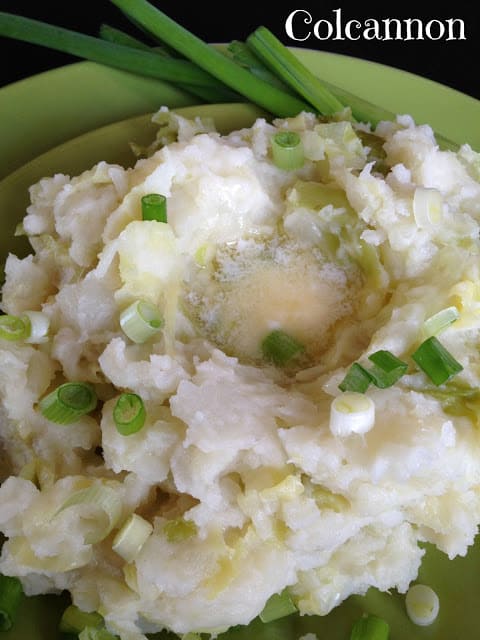 Colcannon is delicious serve on its own or paired with Bangers with Onion Stout Gravy  Don’t forget the Green Beer!
Colcannon