Jump to Recipe
by Lynn // September 18, 2013
We may earn money or products from the companies mentioned in this post.

Apples and Rhubarb go together wonderfully in this easy recipe for Apple Rhubarb Crisp. Apples offer the sweetness in this recipe and rhubarb adds the tart. Together the end result is just right. Over the years, rhubarb has become known as the “fruit” that goes with everything. Apple-Rhubarb, Strawberry-Rhubarb, Mixed Berries-Rhubarb, Cranberry-Rhubarb, Ginger-Rhubarb, this list can and should go on and on. 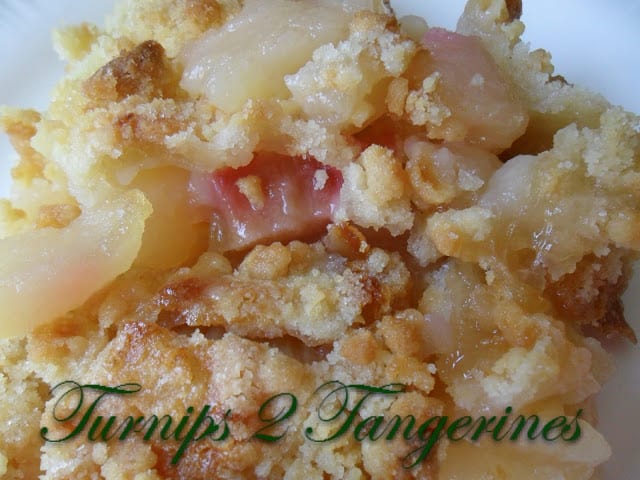 Rhubarb [ROO-bahrb] The thick celerylike stalks of this buckwheat family member can reach up to two feet long. They’re the only edible portion of the plant. The leaves contain oxalic acid and can therefore be toxic. Though rhubarb is generally eaten as a fruit, it’s botanically a vegetable. Highly perishable, fresh rhubarb should be refrigerated, tightly wrapped in a plastic bag for up to 3 days.

What Does “Crisp” Mean?

There are several definitions to the word crisp. Crisp means to ‘refresh’ vegetables such as celery and carrots by soaking them in ice water until they once again become crisp. Other foods, such as crackers that have lost their snap, may be heated in a moderate oven until their crispness returns. My mother-in-law swears by this method. Crisp also means, a dessert of fruit topped with a crumbly, sweet pastry mixture and baked until browned and crisp.

In the fall (Sept.-Nov.), when apples are at their peak here in Wisconsin, we head out to our favorite Apple Orchard to pick up some apples. Everflow Apple Orchard, is located a few mile south of Bonduel WI. Apples at Everflow are delicious, fresh and very reasonably priced. They grow many different kinds of apples and of course there are always free samples! Everflow sells, besides apples, plums, peaches, apple cider and eggs. 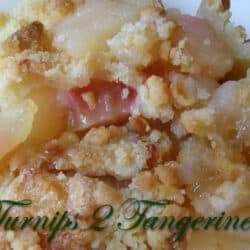 Easy Caramel Apples are super easy and oh so good!
Who doesn’t like a caramel apple! 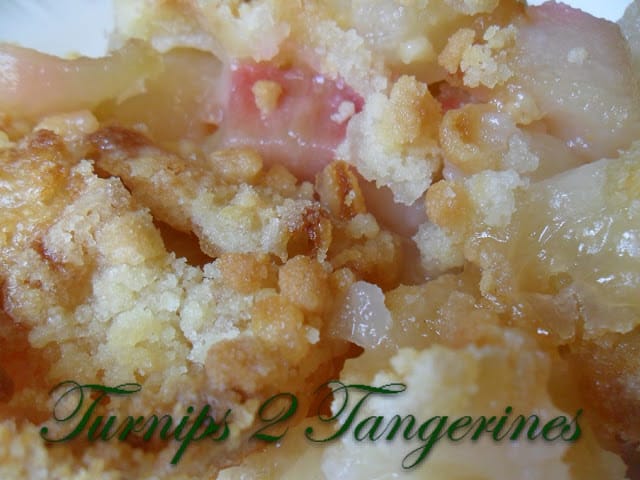 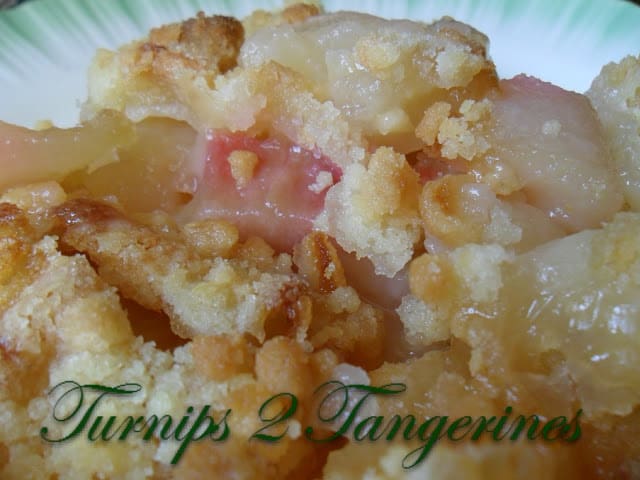 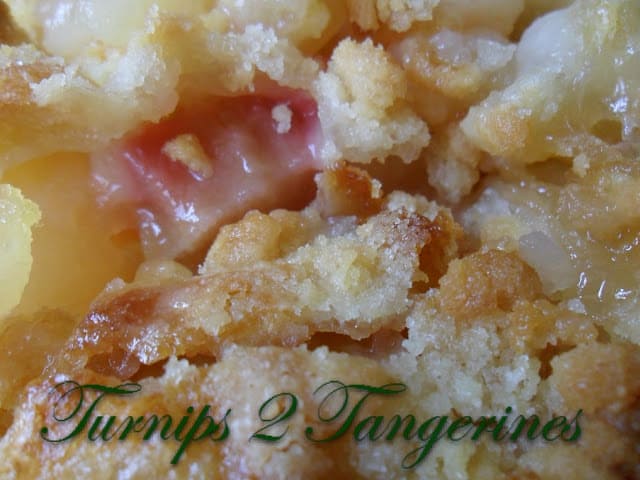