Jump to Recipe
by Lynn // October 23, 2018
We may earn money or products from the companies mentioned in this post. 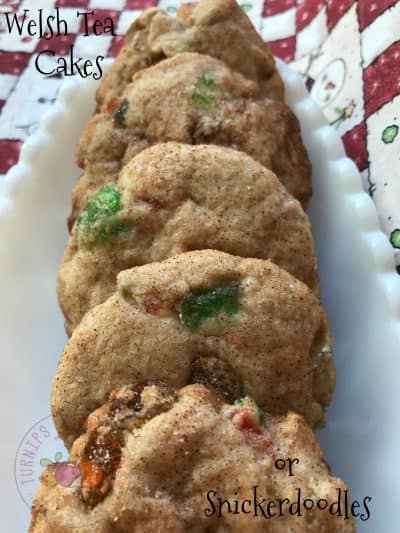 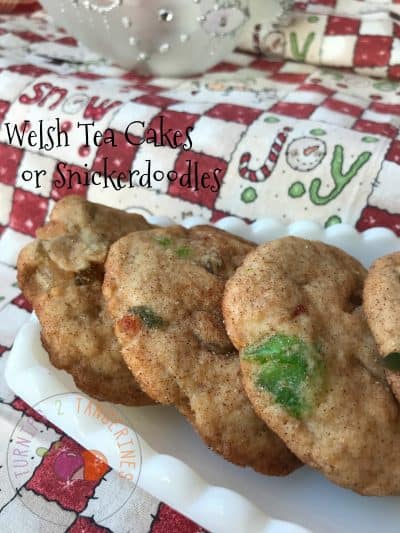 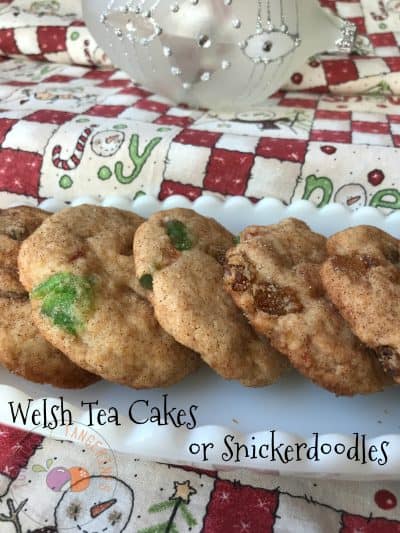 Welsh cakes are traditional in Wales. They have been popular since the late 19th century, when fat, sugar and dried fruit became popular ingredients. The cakes are also known as bakestones within Wales because they are traditionally cooked on a bakestone or a cast-iron griddle which is placed on a fire or stove. Welsh cakes are made from flour, butter/lard, currants, eggs, milk and spices. They’re round, a few inches in diameter and about half an inch thick.

Welsh cakes are served hot or cold and dusted with caster sugar. Unlike scones, they are not usually eaten with an accompaniment, though they are sometimes sold ready split. They are sometimes spread with jam or  butter. Huh? Now I’m even more confused! In all my years of eating cookies, and I have eaten dozens, I’ve never spread a cookie with butter…even though I’ve been known to butter a cheese danish. So, are up for the challenge?? 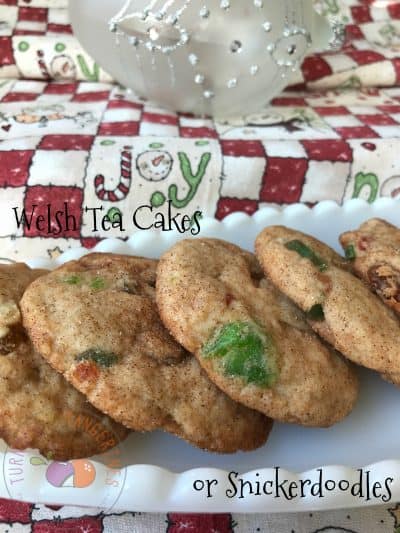 Yield: 3 dozen
Prep Time: 20 mins
Cook Time: 12 mins
Total Time: 32 mins
The original name is Welsh Tea Cakes but these cookies seem more like a Snickerdoodle to me. The cookies are made with Paradise Fruit.
No ratings yet
Leave a Review »
Print Recipe Pin Recipe

*Took the Challenge? Let me know your answer in the comment section below:) Happy Baking!!