Jump to Recipe
by Lynn // November 6, 2019
We may earn money or products from the companies mentioned in this post. 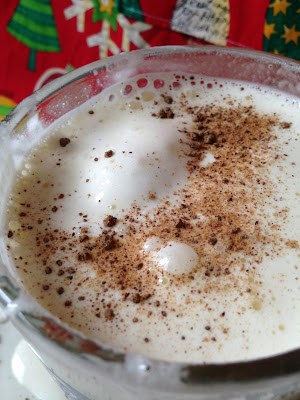 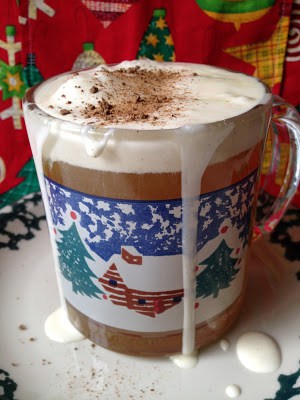 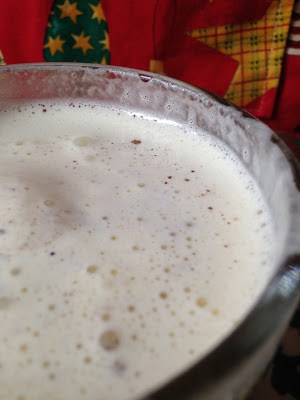 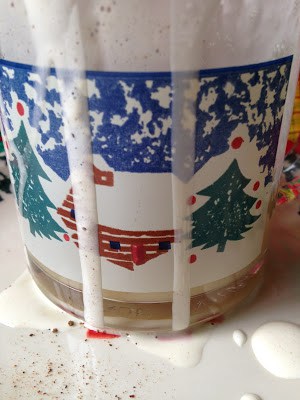 This drink will warm you up on a cold, winter’s night. Wonderful after an evening of sledding, skiing, or snow shoveling. It’s the perfect drink to sip while trimming the Christmas tree and listening to your favorite Holiday Christmas Carols. I have enjoyed many mugs of Tom and Jerry’s while listening to Kenny Rogers Christmas Cassette/CD or while watching White Christmas at Mike and Lynn’s house. I remember one Christmas the entire State of Wisconsin was under a severe winter storm advisory.

With blizzard and whiteout conditions, people were advised to stay home and to stay off the roads. I was standing looking out my front window when I could make out four bundled figures slowly walking down the street. I could hardly make them out through the blowing snow. All of a sudden I realized who it was! Mike, Michelle, Cori and Lynn we’re walking down the street, hanging on to a rope draped between them, just like the little pre-school kids on field trips, minus the tye-dye shirts. 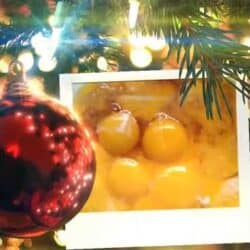 Recipe Note: I have always used a hand held Mixmaster to make this recipe. When making a Tom and Jerry Drink, you need to use boiling hot water. Use a teapot, filled with water and heat to a boiling. Keep the teapot and on top of the stove and keep the water on a low simmer until needed. Keep adding more water to the teapot as needed. Use a nice size mug for making a Tom and Jerry. You don't want a too small of a cup nor do you want a cup that is too large. Add ingredients accordingly to cup size.  To make a Tom and Jerry per serving: Pour one jigger of Brandy and one jigger Dark Rum into cup. Add boiling water, fill cup 2/3 full. Add batter, about 2 or 3 heaping spoonfuls. Use a tablespoon from your silverware drawer. Sprinkle top of batter with nutmeg. Serve with a spoon to mix in batter with water and booze.
Course: Beverage, Christmas, Cocktail, Drinks, Holiday
Cuisine: All-American
Author: Lynn / Turnips 2 Tangerines
Keyword: eggs, powdered sugar, sugar
Did you make this recipe?Tag @lynnturnips on Instagram with the hashtag #turnips2tangerines

Here are a few more recipes we know you’ll love: Fish House Punch, Warm Up Scandinavian Style with a Glögg and Drunkin’ Weenies and a Brandy Slush.