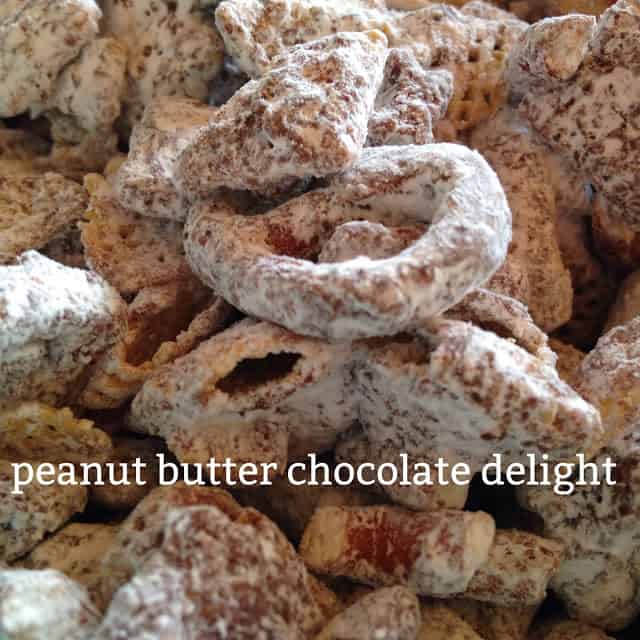 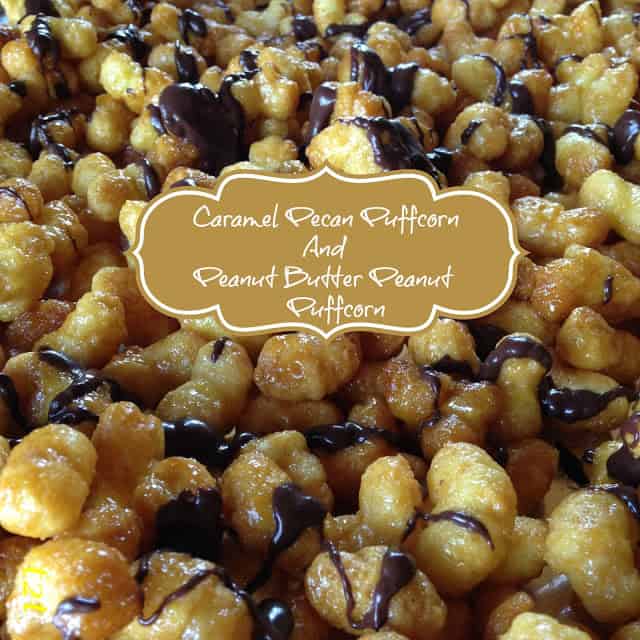 Two Delicious Puffcorn Recipes Today we are sharing two delicious puffcorn recipes. If you’re from the Upper Midwest you are no doubt familiar with Old Dutch Snacks. Old Dutch makes a delicious snack called: Puffcorn. Puffcorn is the star ingredient in both of the recipes featured here. Caramel … 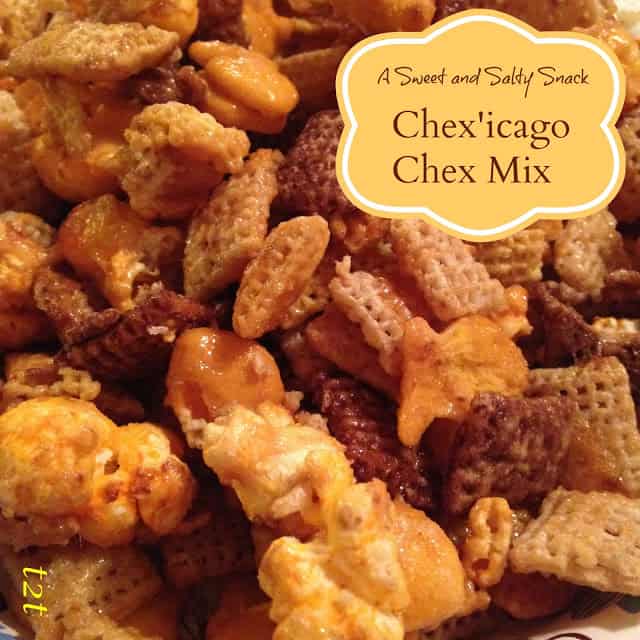 The Perfect Mix of Sweet and Salty. Delicious and Addictive. If you want to bring something to a party that everyone will love, whip up a batch or two of chex’icago party mix. It’s reminiscent of the Windy City’s favorite flavor combo of sweet and salty. Trust me when I say this, you will not bring home any left-overs! In fact, you might want to consider making a double or even triple batch. Seriously!

This recipe is one of four recipes that I saw on the back of a box of Chex cereal a few years back. I cut the recipes off the cereal box and threw them into my recipe “shoe” box. An old shoe box that is dedicated to housing “want to try someday” recipes. The recipe shoe box is full to the max with recipes and is held together basically by rubber bands, about six large rubber bands to be exact.

One day I decided to go through the recipe shoe box, again. This is something that I do periodically but I never throw any of the recipes out. I just look through the recipe box, dreaming of someday making all the recipes housed in the box. Well today was the day I told myself, I’m going to pick out three recipes and make them by God and that’s that! 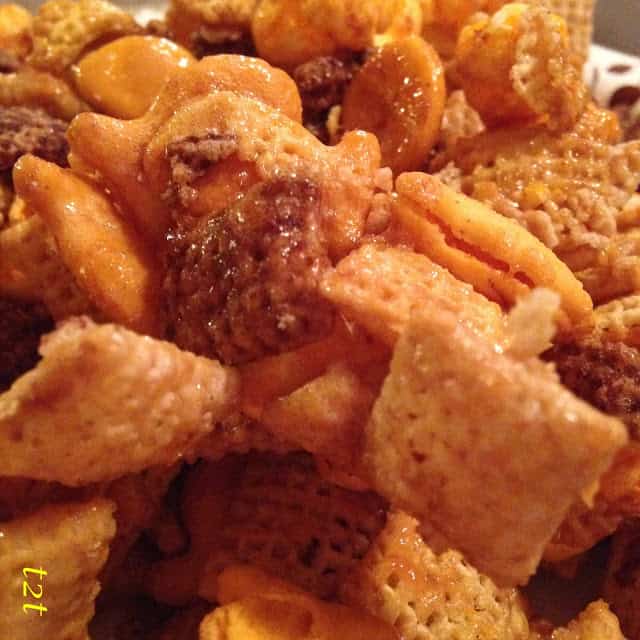 A tasty mix of corn chex, rice chex and chocolate chex cereals plus pretzel rings, goldfish crackers, and cheese popcorn. The glue that holds this mixture together is butter, brown sugar, corn syrup salt and baking soda. An ooey, gooey, sweet, salty, cheesy, chocolaty mixture of crunchy yummy goodness. Makes me want to run to the store, pick up the ingredients and make up a double batch!