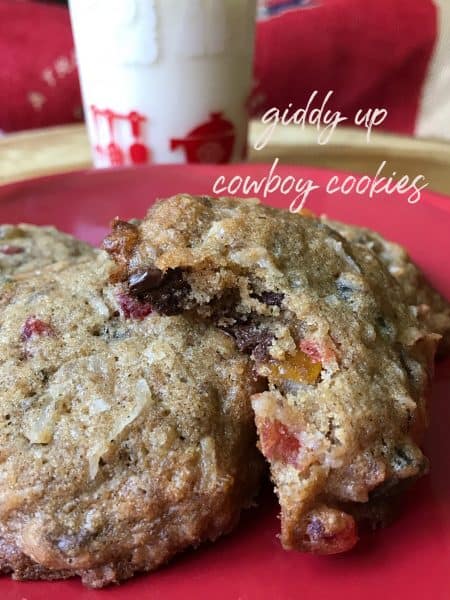 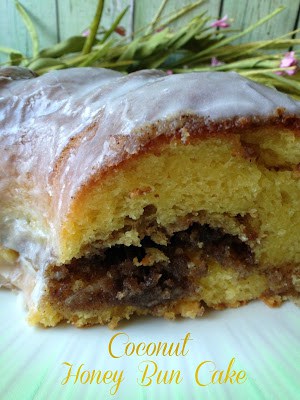 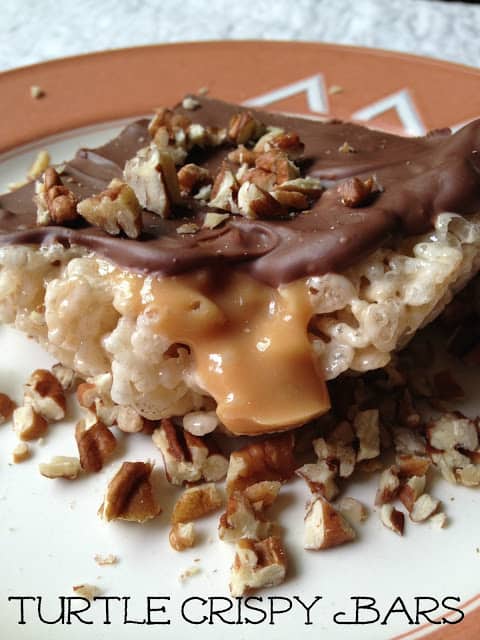 Turtle Crispy Bars are fast, easy and delicious, just like all crispy treats. Marshmallows, caramel, chocolate, crispy rice cereal and chopped pecans. Hey, What’s not to like? I mean come on, you have regular crispy treats topped with a caramel sauce and drizzled with chocolate. Three layers of yum. A package of caramels are melted with sweetened condensed milk, butter and pecans then drizzled over the crispy treats. Now for the icing on the crispy treats. Milk chocolate chips and butter are melted together and frosted over the caramel layer. The remaining pecans are tossed on top. Sounds delicious, doesn’t it!

Mildred Day, needed a fundraiser which would allow her Campfire Girls the ability to raise a large amount of money for their summer camps and activity programs. The Kellogg brand was popular in her area of Battle Creek, Michigan. The creative scout leader has a copy of the “Puffed Rice Brittle” recipe, and adapted the concoction to add sweeter flavor to the treats. During that era, Campfire Girls also sold “Campfire Marshmallows” in a box, similar to the Girl Scout Cookie drives of today.

In 1941, the Kellogg Company added the recipe to the back of the box of Rice Krispie cereal box. The company trademarked the name and recipe for this simple dessert. The recipe was a fast favorite among both children and price-conscious mothers. The treats that were created by a clever Campfire Girls leader to raise money for her troop soon became a national sensation.  Rice Krispie Marshmallow Treats are just as popular today as they were in 1941.