Jump to Recipe
by Lynn // April 12, 2015
We may earn money or products from the companies mentioned in this post.

Steel Cut Oats with Dried Cherries is a delicious way to start your busy day. When making steel-cut oats in your slow-cooker spraying the inside of your slow cooker with non-stick cooking spray or lightly greasing your slow cooker with butter first will make clean up much easier. I am a huge “cherry” and “dried cherry” fan but if you’re aren’t substitute dried cranberries, blueberries or your favorite dried fruit. 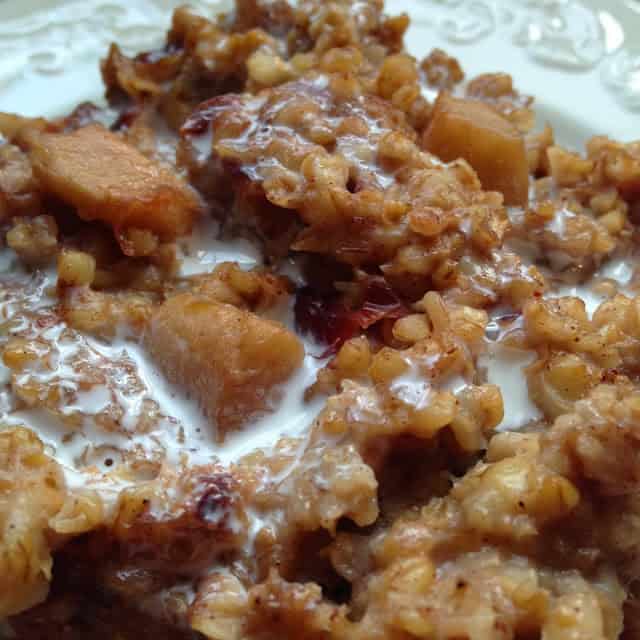 According to a definition in Samuel Johnson’s 1775 Dictionary of the English Language, oats were “a grain which in England is generally given to horses, but which in Scotland supports the people.” Since oats are by far the most nutritious of the cereal grasses, it would appear that the Scots were ahead of the rest of us. Today, whole oats are still used as animal fodder.

Humans don’t usually consume them until after the oats have been cleaned, toasted, hulled and cleaned again, after which time they become oat grouts, which still contain most of the original nutrients. Oat grouts can be cooked and served as cereal or prepared in the same manner as rice and used as a side dish or in a dish such as a salad or stuffing.

When steamed and flattened with huge rollers, oat grouts become regular rolled oats also called old-fashioned oats. They take about 15 minutes to cook. Quick-cooking rolled oats are grouts that have been cut into several pieces before being steamed and rolled into thinner flakes. Though they cook in about 5 minutes, many think the flavor and texture are not the same as regular rolled oats.

Old-fashioned and quick-cooking oats can usually be interchanged in recipes. Instant oats, however, are not interchangeable because they’re made with cut groats that have been pre-cooked and dried before being rolled. This pre-cooking process softens the oat pieces so that after being combined with liquid the mixture can turn baked goods into gooey lumps. Instant oatmeal is often packaged with sugar and other flavorings.

Irish Oatmeal are all names for grouts that have been cut into 2 to 3 pieces and are not rolled. They take considerable longer to cook than rolled oats and have a chewier texture. Oat bran is the outer casing of the oat and is particularly high in soluble fiber, which helps fight against high cholesterol. Oats are high in vitamin B¹ and contains a good amount of vitamins B², and E. We like McCann’s

Did you know you can freeze oatmeal? Yes, you sure can! Here’s a recipe to get you started. Steel Cut Oatmeal in Slow Cooker 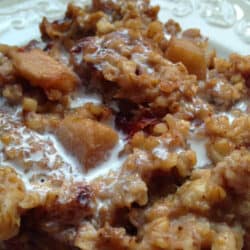 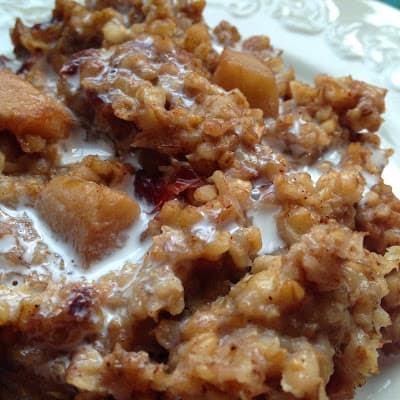