Jump to Recipe
by Lynn // August 4, 2021
We may earn money or products from the companies mentioned in this post.

German Kuchen from South Dakota, (pronounced ku-gen) is a rich custard dessert with fruit poured into a sweet dough for the crust. Every region in Germany, Russia and here in North America have their preference. However, kuchen comes in a wide variety of flavors using fruits like apple, prunes, apricot, peach, and rhubarb. South Dakota Kuchen was brought here by Germans who were living in Russia. Some Germans from Russia added dry curd cottage cheese for cheese kuchen called kasekuchen. 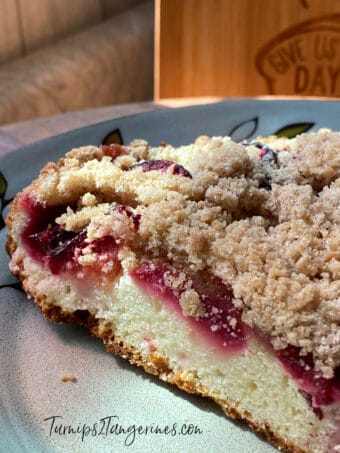 Kuchen is Rich in History

Kuchen is a tradition that dates back to the original home-steaders. They immigrated from parts of Russia and Germany then settled in the Dakotas. At that time, kuchen was primarily made for weddings. Specific ingredients, such as sugar and fruit, were hard to come by. This was mainly due to rationing in places like the Black Sea where they lived before emigrating. In the Dakotas during the Great Depression, German immigrants would fill kuchen with items available on their Midwestern farms. 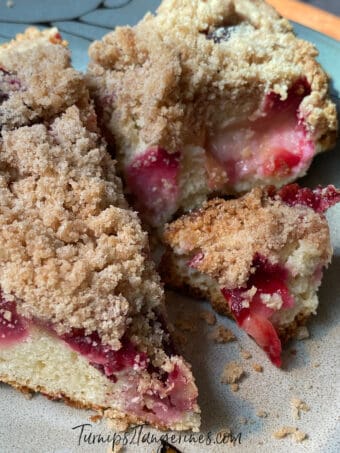 In German, kuchen literally means cake. Generally when speaking German, if you say kuchen, you simply mean a non-specific cake. A South Dakota Kuchen refers to a very specific kind of cake. South Dakota kuchen has both Russian and German roots. It’s made more like a custard-y fruit pie verses a fruit topped coffee cake that has a streusel topping. South Dakota’s Kuchen arrived with Volga German immigrants in the 1800s. A recipe that was no doubt handed down through generations. It was once said, that the perfect bride can make a kuchen from scratch without using a recipe! Hmm, to my way of thinking, this means they eat A LOT of kuchen in Germany. 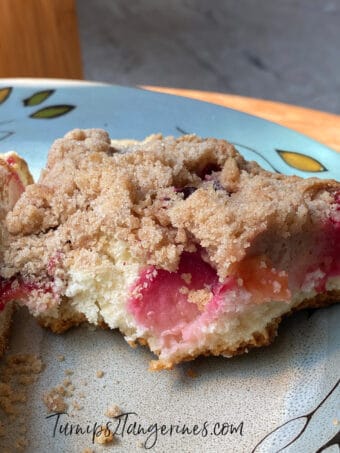 There are as many variations of kuchen recipes, as there are cooks who prepare them. If you were to compare potato salad recipes to kuchen recipes, the list would be never ending. Kuchen is meant to be shared and savored. Like Germans in Germany, South Dakota Germans take time to sit down with a cup of coffee and enjoy a slice of kuchen. An afternoon ritual that still continues today. In the spring of 2000, the South Dakota State Legislature passed a bill declaring kuchen the official dessert of The Mount Rushmore State.

When German immigrants arrived, they baked their kuchen with whatever they had on hand. However, after a generation or two of making the recipe a certain way, it became a family tradition. “Oma made it like this, so this is how it should be made.” It is amazing to think about how far this recipe traveled, while still holding onto its German roots.

The Seven Year War (1756-1763) involved all of Europe with Germany as the battlefield. When the dust settled, most Germans were left in poverty, fields and farms destroyed, and only a makeshift government to enforce the rules. Catherine the Great, former German princess, but current Czarina of Russia, had a plan. War with the Ottomans left the Volga region of her country barren. She needed farmers. 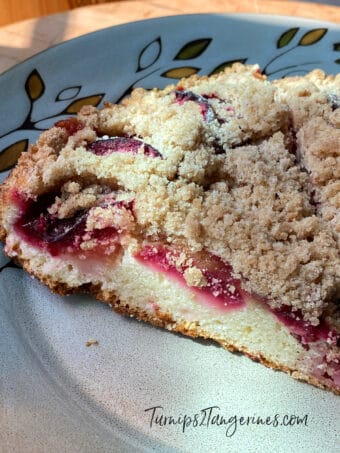 Catherine the Great knew firsthand just how hard Germans work. So she devised a great plan; invite Germans to fill the area with productive farms. Her plan or manifesto enticed many poor farmers from the Rhineland with offers of autonomy and land. Flyers went up all over Germany, with special agents to recruit Germans to come live in the Volga region. What started as a trickle of a few thousand settlers in 1767 became a Tidal Wave. Germans established hundreds of small villages along the Volga River.

They set up schools, churches, and even their own form of government. The language spoken was German. By 1869, there were over 250,000 Volga Germans living within Russia. Russians grew frustrated with the special treatment these “Germans” were given, primarily the exemption from military service. Slowly these rights were chipped away, and by the 1880s, many Volga Germans looked toward North America for the freedoms they wanted.

Welcome to the Breadbasket

The first Volga Germans arrived in the Dakota Territory in 1872. They wanted to take advantage of the Homestead Act which promised any adult male 160 acres of land for only $10. With a few stipulations; that they build a house, raised crops, and survived 5 years. This was a bet the Germans were happy to make, and they came by the thousands. With them they brought their family treasured kuchen recipes. Over time, the area would become the Breadbasket of the New World. 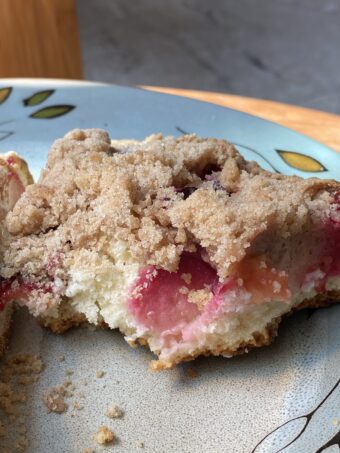 People ate what could be grown or found on their farm. Most farmers would have a cow for milk and butter, chickens for eggs and game for meat. Fruit such as apples, pears, plums and peaches, were grown in small family orchards. Wild berries like raspberries, blackberries, huckleberries and the like were gathered in patches near their homes. Maple syrup was tapped from trees on their property and honey was harvested from bees and used in place of sugar. Canning and preserving food became essential for insuring winter survival.

*Some post information from a wonderful German blog called: 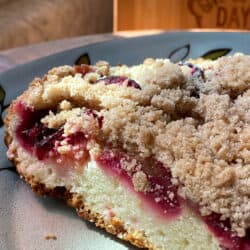 posted in: Around the World Recipes, Desserts, Recipes // 0 comments