Jump to Recipe
by Lynn // March 1, 2021
We may earn money or products from the companies mentioned in this post.

There is nothing better on a cold day than a warm slice of Sourdough Irish Soda Bread slathered with sweet, creamy Irish butter. Another favorite soda bread topping is citrusy orange marmalade. My favorite is a tart lingonberry jam. With temps dipping down to the below zero mark, freshly baked bread sounds good to me. In fact, anything hot is a welcomed sight these days. Irish soda bread seems to go hand in hand with St. Patty’s day but in Ireland, soda bread is a family staple and eaten with most meals throughout the year. 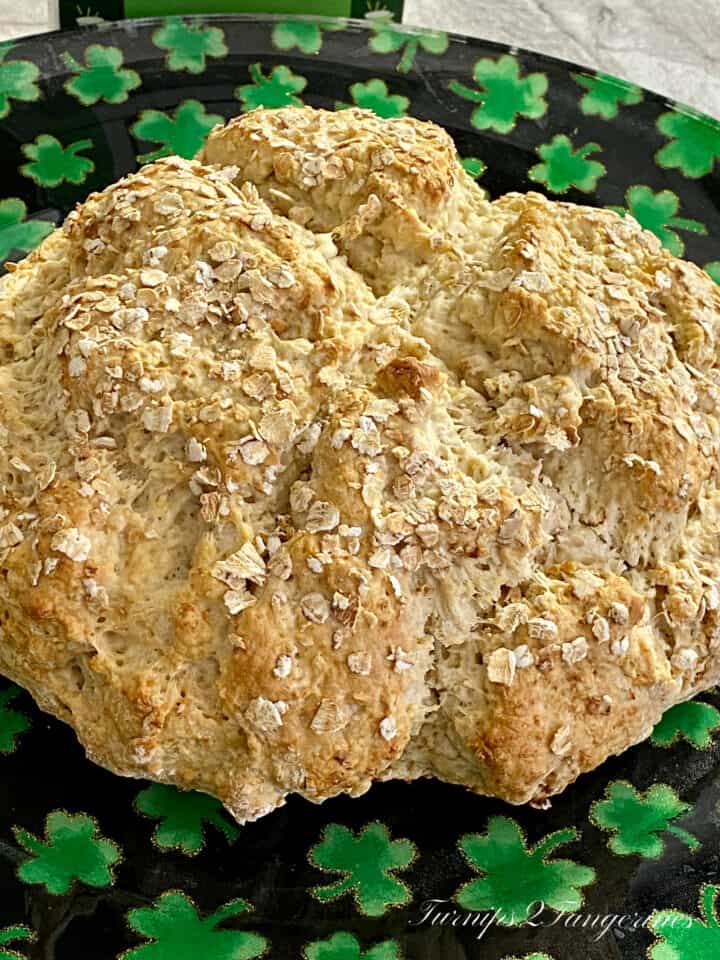 When you think of classic Irish food, you probably picture a feast of Irish stew, cottage pie, black pudding, potatoes and Irish soda bread. And of course, you can’t forget about the pints of Guinness Beer! Almost every family in Ireland has its own recipe for this delicious classic bread. The recipe is usually hand-written on a piece of paper and tucked away in an old family cookbook. Irish soda bread is made up of simple ingredients which is why it was made during Ireland’s “leaner” years thus making it an Irish tradition. This simple Irish classic is a staple in many homes, used to mop up hearty stews and soups.

While soda bread is most famously attributed to Ireland, it was actually first created by Native Americans. They were the first to be documented using pearl ash, a natural form of soda formed from the ashes of wood, to leaven their bread without yeast. The Irish later discovered and replicated the process. While it seems like an ancient recipe, Irish soda bread history began in the 1830s, when baking soda or bicarbonate soda was first introduced to the country. Four basic ingredients were used to make Irish soda bread; soft wheat flour, salt, baking soda and sour milk or buttermilk. 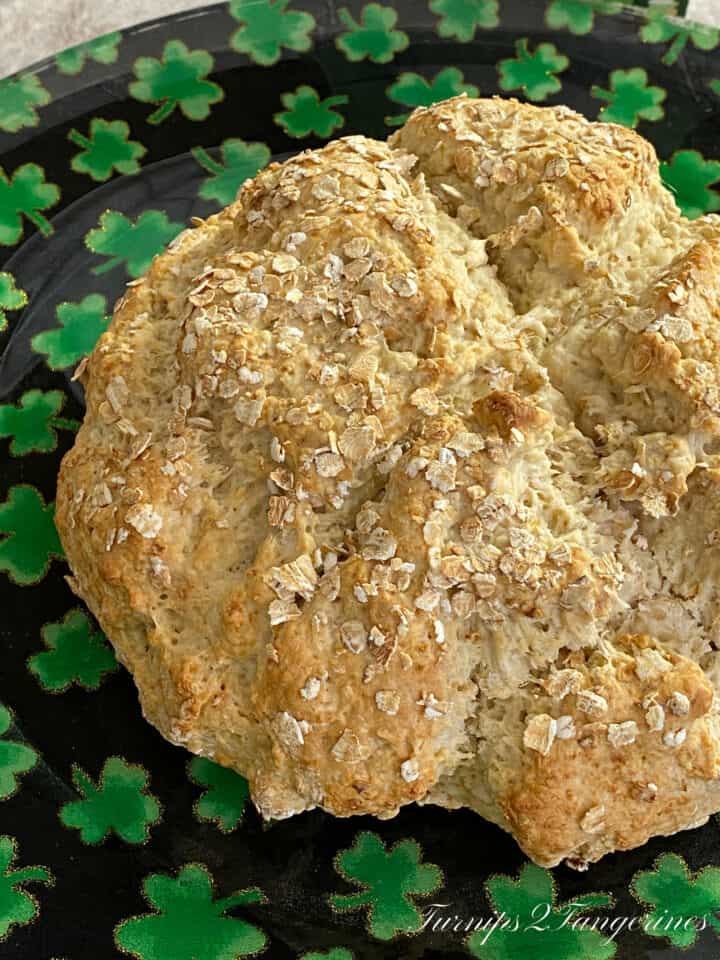 Since yeast wasn’t readily available, the combination of baking soda and buttermilk acted as the leavening agent, causing the bread to rise. Soft wheat flour is better for quick breads, rather than the hard wheat flour typically found in yeasted breads. Since Ireland’s unique climate was only suitable to grow soft wheat, soda bread was the perfect match, giving soda bread made in Ireland it’s unique flavor. To make Irish soda bread in the tradionall way, try to find soft wheat flour. However, white flour will also work.

Many Irish families lived in isolated farm areas with no access to ovens, and soda bread solved this problem. Soda bread was cooked in three-legged iron pots or baked on griddles over open hearths. This gave the bread its famous hard crust, dense texture, and slightly sour tang. The unique texture of soda bread is a result of the reaction between the acidic buttermilk and baking soda. This simple reaction forms small bubbles of carbon dioxide in the dough, causing the dough to rise. 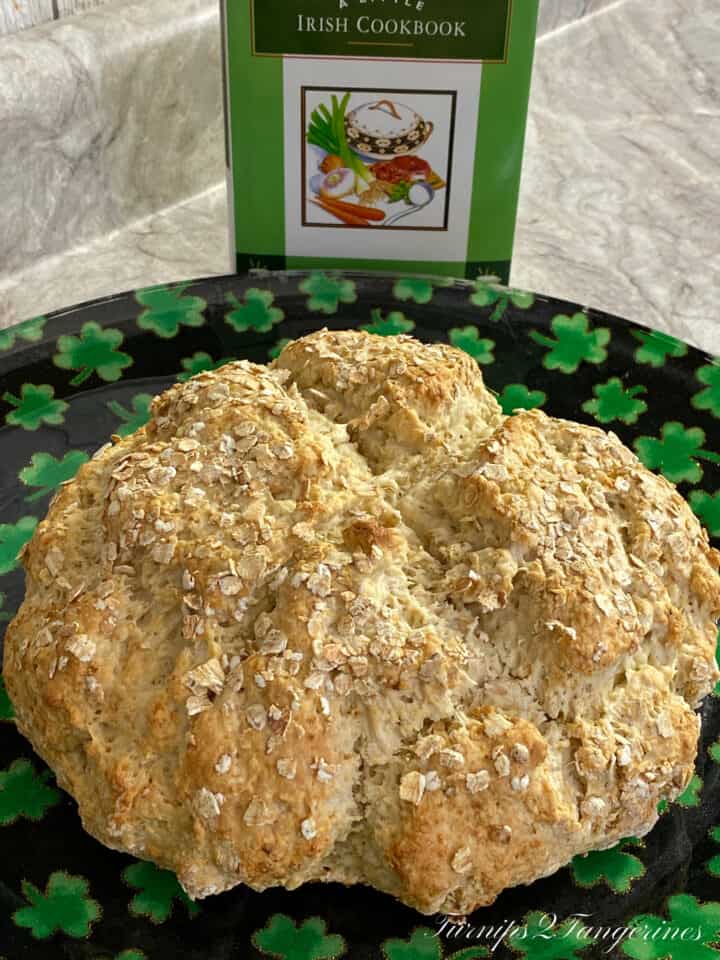 The shape of soda bread is also steeped in tradition. The Northern regions of Ireland divide their dough into four triangular shapes, with each triangle cooked on a flat griddle. The Southern Irish regions bake their loaves in a classic round shape and cut a cross on top of the bread. This was done for superstitious reasons. Families believed a cross on top of the bread would let the fairies out or ward off evil thus protecting the household. During the Irish potato famine, many families would have perished if it wasn’t for soda bread. Often times, the only thing families had to eat.

Today, you don’t have to go far in Ireland to smell the aroma of fresh soda bread baking. Bakeries all over Ireland make this reliable bread that has stood the test of time. Many Irish families still bake their own bread daily, from cherished recipes that have been passed down through the generations. There is even a “Society For the Preservation of Irish Soda Bread.”  This organization is dedicated to protecting this national culinary treasure. They encourage people to get to know their Irish culinary roots and to learn how to make treasured Irish recipes. The society is firm on the traditional ingredients of soda bread: flour, preferably soft wheat, salt, baking soda and sour milk or buttermilk. Anything else added to soda bread makes it a “Tea Cake!” 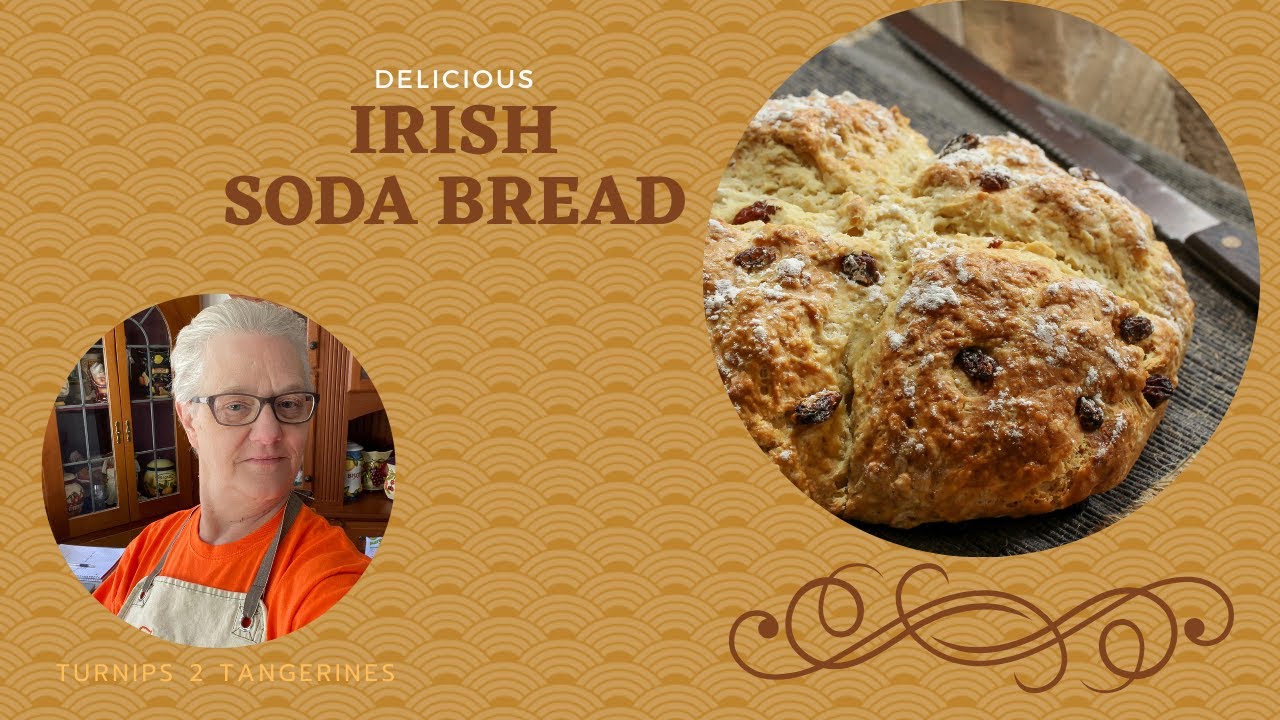 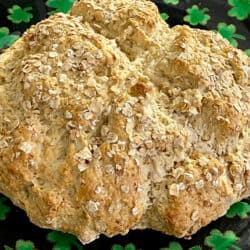