Jump to Recipe
by Lynn // August 24, 2014
We may earn money or products from the companies mentioned in this post.

It seems to me that everyone loves French toast. Over the weekend, I made something I rarely make, a Big breakfast. I am not a huge breakfast fan, meaning I don’t like the typical eggs, bacon, hash browns and toast  breakfast fan fare. I’m more the omelet, frittata, breakfast bake kinda gal. This French toast is made with a store bought sourdough bread. The addition of blueberry preserves to the egg-milk mixture turned this recipe for Sourdough Blueberry French Toast into WOW Toast!

Sourdough Blueberry French Toast, is made with sourdough bread that I purchased at the grocery store but you can certainly make your own sourdough bread. French toast slices are drizzled with mulberry syrup, eggs are sunny side up, thick slices of bacon, fried until crisp, sweet homemade cinnamon rolls have a touch of orange flavors. Served with  orange juice and coffee. Breakfast Heaven! Don’t forget the Mulberry Syrup 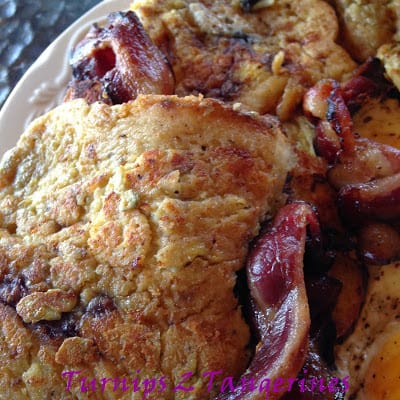 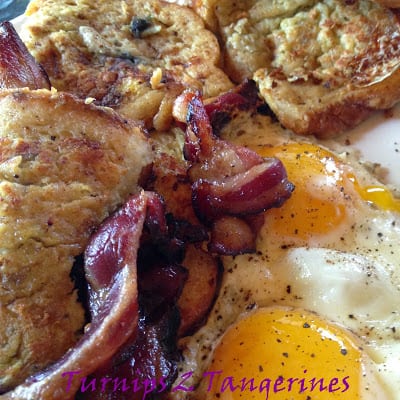 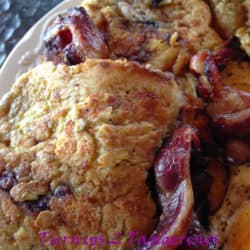