Jump to Recipe
by Lynn // May 23, 2016
We may earn money or products from the companies mentioned in this post. 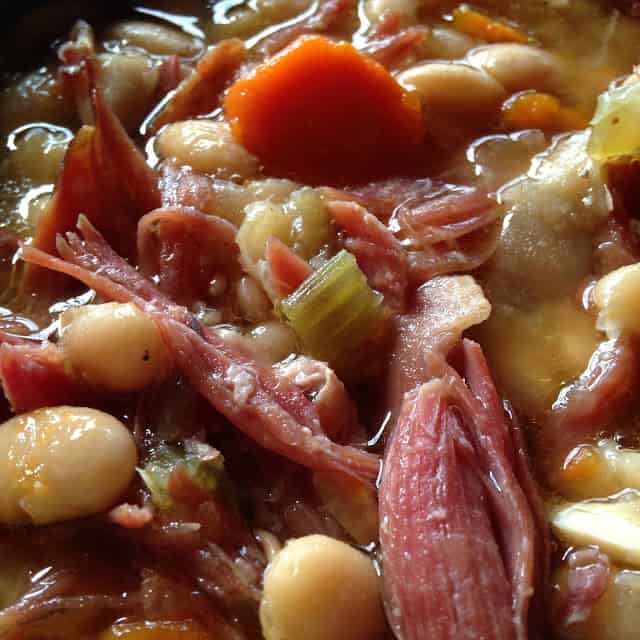 Ham Hock is the lower hind leg of a hog. It’s usually cured, smoked or both. It’s used to add a smokey and salty flavor to soups and stews. Ham hocks consist of a lot of skin, tendons and ligaments so they require long hours of cooking through stewing or braising. They can be cooked with greens or other vegetables, made into soups, stews and to add flavor to sauces. Ham Hocks add distinctive flavor to any dish and are available year ’round 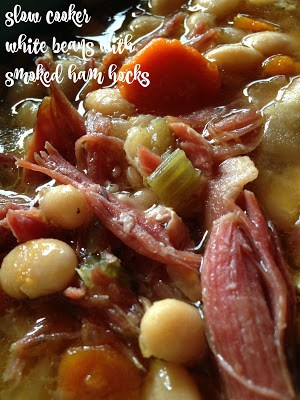 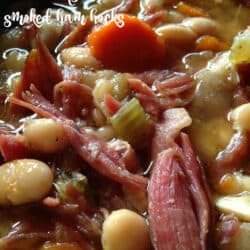 Great Northern Beans we used for this recipe are from Camellia Brand Beans. Another fantastic recipe to make for a stick-to-your-ribs meal is BBQ Bacon Wrapped Onion Bombs