Jump to Recipe
by Lynn // November 3, 2021
We may earn money or products from the companies mentioned in this post.

Today I decided to go back in time and make a recipe I haven’t made in a long time. In fact, I don’t think I’ve made Swiss Steak in over 30 years! This 50’s and 60’s classic was popular when I was a child but not so much anymore. You could possibly still find it on a roadside diner menu or at a church potluck but other than that, I don’t think it’s popular anymore. Which is really a shame. After making Old Fashioned Swiss Steak recently, I couldn’t believe how good it was! (and easy) This wasn’t always the case…. 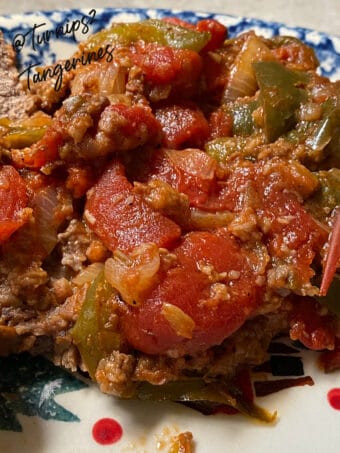 Not Always a Favorite

I have to admit, Swiss Steak wasn’t always a favorite of mine. In fact, when I was growing up Swiss Steak was sure to bring many moans and groans for us kids. I mean think about it? As a kid, the last thing you wanted to eat was mushy tomatoes, onions and green peppers. I’m also positive that Aggie would have fried the hell out of the round steak and it wouldn’t have been tender no matter how many times she pounded it. The meat was chewy to say the least and then covered in tomatoes green peppers and onions…nope not a kid friendly meal. I do remember though, that I liked the rice or mashed potatoes that Aggie served with the Swiss Steak. 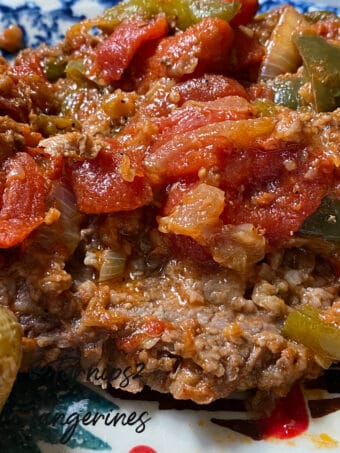 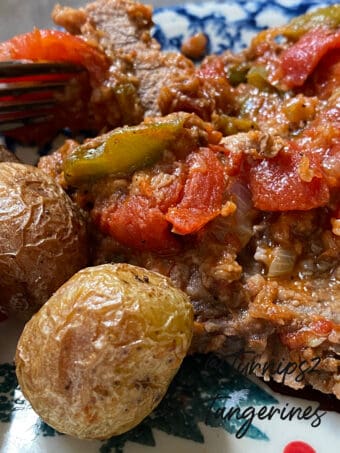 Here in my neck of the woods, Swiss Steak is always made with round steak, canned stewed tomatoes, sliced onions and green peppers. If it’s made with cube steak and has a creamy  sauce made with mushrooms, it’s called Salisbury Steak. When made with cubes of beef tenderloin or beef stew meat, fresh mushrooms, cream of whatever soup, wine and sour cream, you have Beef Stroganoff. At least this was the rule in my family and one I still adhere too. 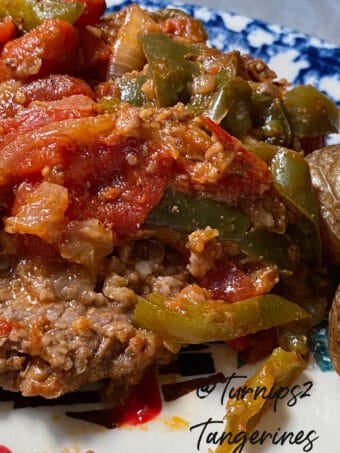 UP NEXT: Beefy Noodle Soup

Here are a few of our favorite Round Steak recipes. 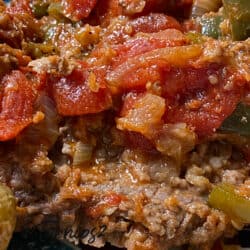 For this recipe we used Del Monte