Jump to Recipe
by Lynn // December 21, 2013
We may earn money or products from the companies mentioned in this post.

When Kim, my daughter-in-law asked me if I would make her grandpa a mincemeat pie I immediately said “Yes!” Personally I love mincemeat, always have. So when grandpa asked for a mincemeat pie, I was more than happy to make one for him, minus the one slice I saved for myself. Nonesuch Mincemeat Pie is super easy to make using Nonesuch Mincemeat pie filling. I’ve always used the jar version of mincemeat but you can also find a condensed version or you can even make your own. *This is a re-post* 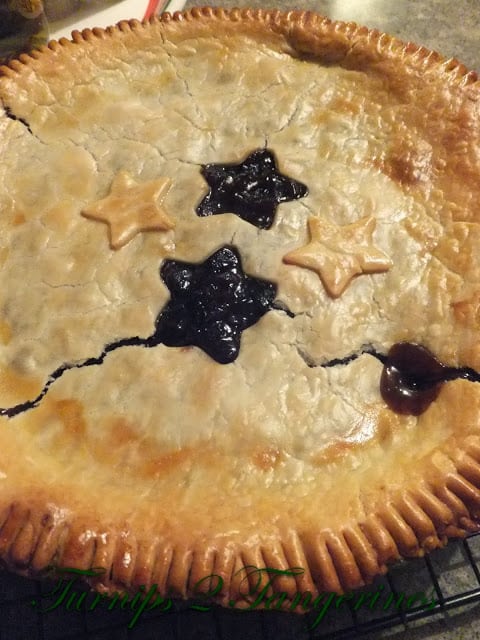 What the heck is Mincemeat?

Mincemeat is a combination of apples, raisins and citrus peel. Blended with sugar and spices to make a delicious cooking and baking filling. Mincemeat is derived from old English recipes and today remains one of the most popular holiday foods in England. In the late 1600’s, mincemeat was served as a meat pie flavored with fruit and spices. Over time, with more fruits and spices were added and less meat the pie ingredients changed and began being served as desserts, especially when mincemeat was brought to Colonial America. Mincemeat is used to make sweet desserts such as pie, bars, cookies and the like. Not to be confused with Mince Pies, which are savory pies, made with meat, usually beef, potatoes and other root vegetables.

Ready to use mincemeat, first offered in wooden buckets and crates, is one of the oldest American convenience foods. Mincemeat has been steadily manufactured in the US for more than 100 years. Even early American cooks did not want to spend the time and effort required to make mincemeat at home. Condensed mincemeat was first developed in 1878, with the discovery that proper drying of mincemeat resulted in a product that could be used year round. The Merrell-Soule Company, manufacturer and distributor of canned goods, successfully introduced condensed mincemeat under the None-such Brand name for Borden. Merrell-Soule company was purchased by Borden in the late 1920’s. For more information go to: Nonesuch 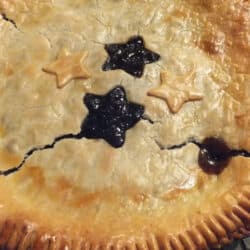 *If you like more pie filling, add two extra cups of mincemeat from an additional 27 oz jar.