by Lynn // July 29, 2015
We may earn money or products from the companies mentioned in this post.

Minny’s Chocolate Pie is from the book “The Help.” By: Kathryn Stockett. If you love chocolate, and who doesn’t, you are going to LOVE this easy-to-make pie! I have made many pies and I can honestly say this is one of the easiest pies that I have ever made and one of the most delicious. Minny’s Chocolate Pie is wonderful served at room temperature or chilled. It can be served with whipped cream or with a dusting of confectioners’ sugar.

Originally when I decided to make this pie, I was part of a group of food bloggers that were going to partake in a blog hop that featured recipes from movies. A great idea and I was thrilled to be part of it but it only lasted one month or should I say one “hop”, which is really to bad because I think it would have been fun to see what everyone else came up with…I decided to make “Minny’s Chocolate Pie” from the movie “The Help”

Who is Lee Ann Flemming?

I did some research and found out that newspaper columnist, Lee Ann Flemming, made 53 chocolate pies during the filming of the movie, including 12 vegan and gluten-free versions. She prepared all of the pies in just one day…Below is the actual recipe that she used to make the chocolate pies for the movie. Lee Ann Flemming has since put her recipe online, bless her little heart, so now we all can enjoy her delicious pie.

Not sure what I’m referring too? Then you need to read the book or watch the movie….One thing is for certain, you need to make this pie. This recipe calls for using a packaged pie crust. Some pies rely on a good crust, the crust adds to the pie. Some pies need a good ol’ made-from-scratch kinda crust. Not with this pie…with this pie the crust is really insignificant. Why? Minny’s Chocolate Pie is all about the Chocolate Filling. 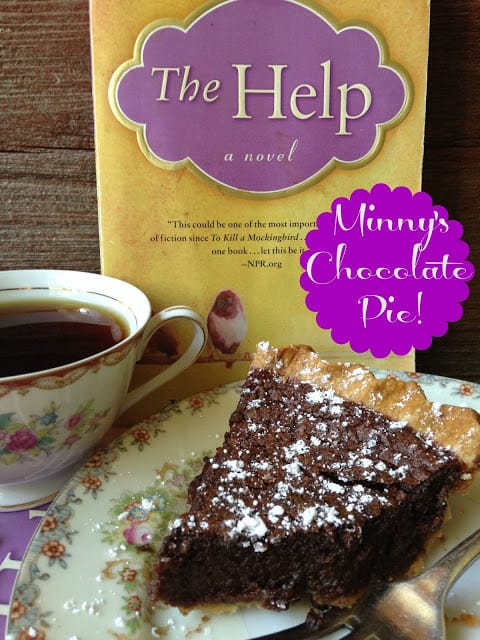 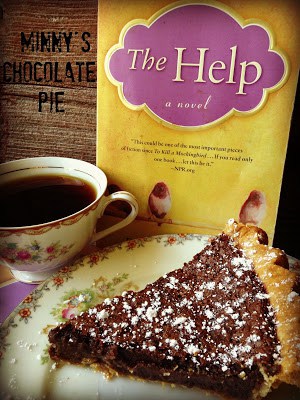 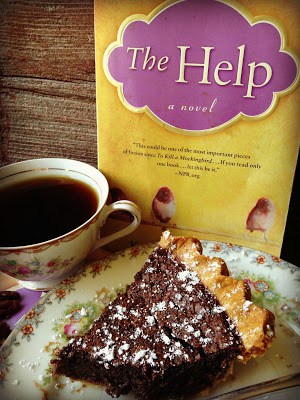 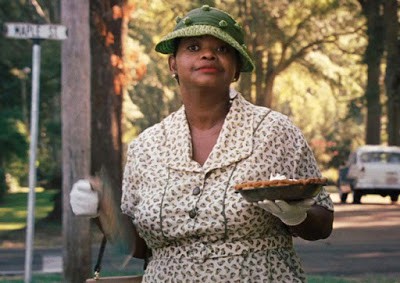 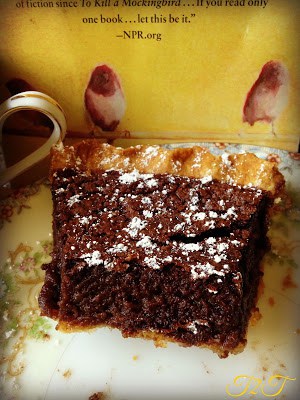 *Source: Inspired from the book The Help. Recipe found online at Food and Wine Contributed by Lee Ann Flemming~