Jump to Recipe
by Lynn // September 6, 2019
We may earn money or products from the companies mentioned in this post.

Welcome Back to Fudge on Friday! Today’s fudge recipe is a peanut butter and chocolate lovers dream come true. What could I possibly say about this fudge, that the name alone doesn’t already say? Mini Peanut Butter Cup Fudge is made with semi-sweet chocolate chips, marshmallows, mini peanut butter cups plus more marshmallows. The end result is a chocolaty, marshmallowy, peanut buttery delicious fudgy confection 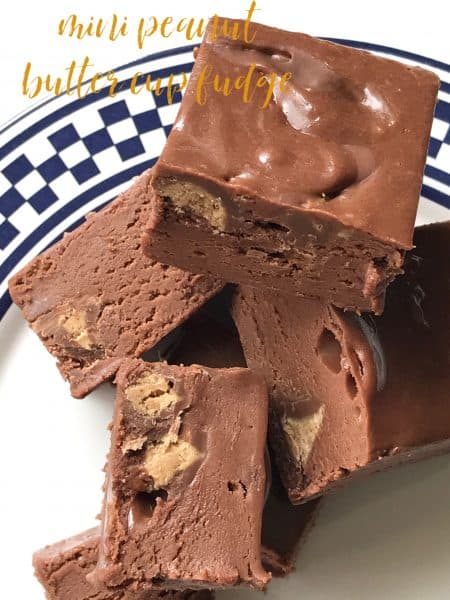 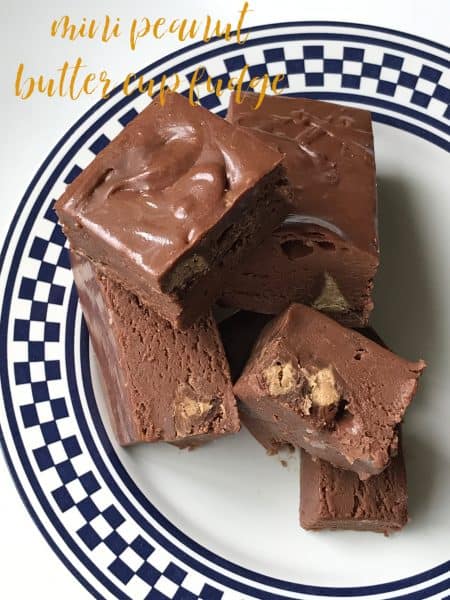 The Boyer Candy Company is the maker of my hubby’s all thyme favorite candy, the Mallo Cup. Mallo cups have been around for-ever. The creamy marshmallow center is surrounded by milk chocolate, making it a favorite among marshmallow fans. Even though I love peanut butter cups, my favorite Boyer cup has always been the “smoothie” cup. The smoothie cup has a crunchy peanut butter filling with a butterscotch coating. Smoothie peanut butter cups are everything you know and love in a peanut butter cup but more (at least in my humble culinary opinion:) 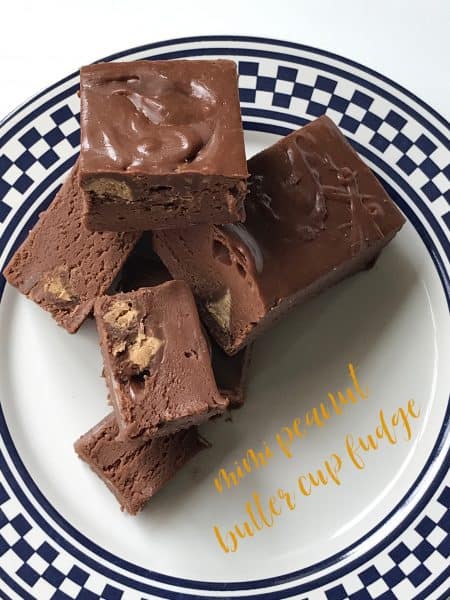 Growing up in the 60’s, Boyer was a popular brand of candy. Not only that, Boyer Candy was relatively inexpensive, compared to its name brand competitors. For example, let’s say that in 1966 a Reese’s peanut butter cup sold for .30¢. A Boyer original peanut butter cup would have sold for .15¢ making the Boyer brand popular amongst the neighborhood kids. Each “cup” came with, and still does, Boyer money;) If you saved up enough Boyer paper money, you would send the money into the Boyer candy company and a few weeks later you’d receive a free mallo cup, smoothie or original peanut butter cup. This was during a simpler time when shipping charges weren’t sky high.

Proudly made in the United States, Boyer Candy has been making confections since the early Depression Years. After starting their candy business in their mother’s kitchen, the Boyer Brothers made candy that you know and love today. Boyer Candy is the proud creator of the Mallo Cup, the first cup candy in America! Mallo Cups are a fan favorite, and a delicious combination of milk chocolate combined with a fluffy and sweet marshmallow center. There was a period when you couldn’t find Boyer cups anywhere but thankfully the Boyer company has made a come back if you will and is back by popular demand. Labeled as “Retro” candy, Boyer cups can be found everywhere again:) Much to my hubbys delight. 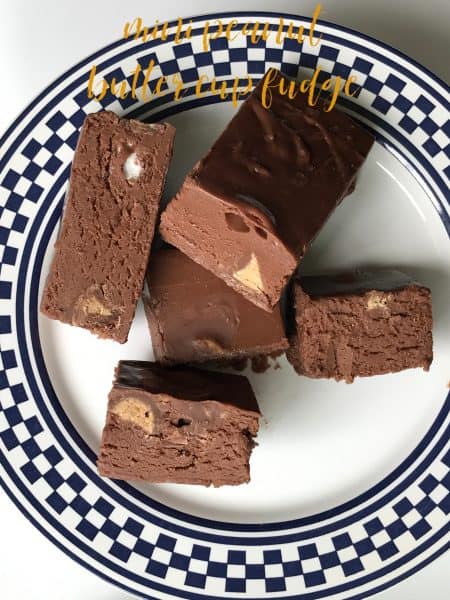 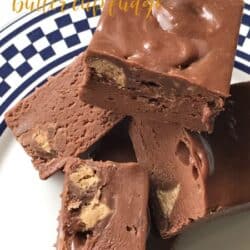 *Nutritional Information may not be accurate.*