Jump to Recipe
by Lynn // April 20, 2014
We may earn money or products from the companies mentioned in this post.

Maple Honey Snack Mix is a yummy and delicious snack mix to set out at your next party. Bring a container of maple honey snack mix with you to your kids next baseball game. You’ll love snacking on this snack mix during the game. This yummy mix is made with maple syrup, cinnamon and honey-nut Cherrios. You can store this snack mix in individual snack bags or one large resealable baggie. Just remember to make enough for everyone because it won’t last long! 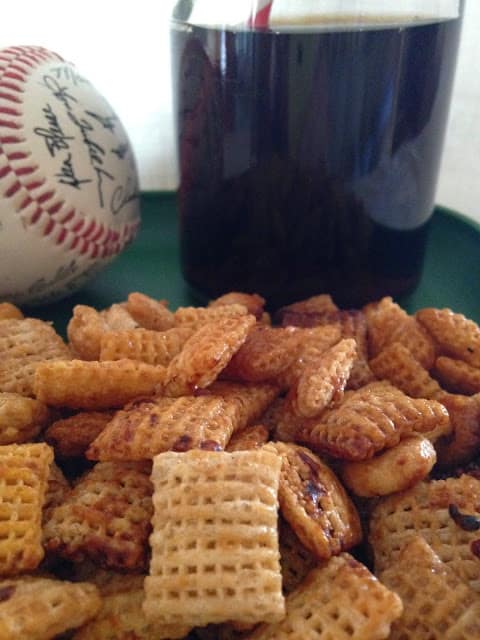 Maple Honey Snack Mix is made with all of your kids favorites. Honey-nut Cherrios, Rice Chex and Corn Chex cereal, brown sugar, maple syrup, butter, a pinch of cinnamon and pecan halves. Maple Hollow Syrup  is one of many wonderful places in Wisconsin that sells Pure Wisconsin Maple Syrup. Nothing can compare to pure 100% real maple syrup. The taste can’t be compared to anything else. I love maple syrup!

Wisconsin is a large producer of pure maple syrup. Very little has changed in the procedure since the days when pioneers relied on maple syrup as a basic sweetener. Maple syrup can often replace brown sugar in cooking, enhancing even the most common of recipes with its distinctive flavor and nutritional merits. In the the pearly days, maple syrup and maple sugar were often the only sweeteners available to the pioneers.

Looking for more recipes containing that sweet, maple syrup? Here are two you might like Maple Shortbread with Maple Glaze and Maple Walnut Cheesecake Tarts. 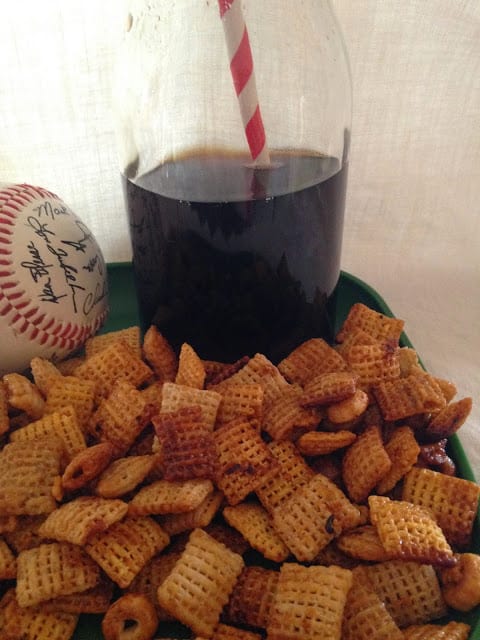