Jump to Recipe
by Lynn // September 21, 2012
We may earn money or products from the companies mentioned in this post.

Whenever I think of my Grandma, I always think of two things; Lemon Meringue Pie and Fudge. My Grandma made my Grandpa this recipe for  homemade lemon meringue pie at least once a week throughout their marriage. Now that’s true love! I don’t recall her ever eating a slice of pie and after he passed away, I don’t think she ever made another pie, I wondered why? Grandma’s Lemon Meringue Pie is delicious!

And the Moral to the Story

One day when I was visiting my grandma, I asked her if she had a recipe for lemon meringue pie. It was Easter time and I offered to bring a pie to my in-laws house for dessert. When she said that she did, she told me the story about making a pie for Grandpa at least once a week, every week, throughout their marriage. (that’s a lot of pies!) I commented that she must really like lemon meringue pie, since she took the time to make her and grandpa a pie every week. She looked at me and said, “I’ve made so many pies, that I can’t stand the sight of a lemon meringue pie!” Well that explains everything! 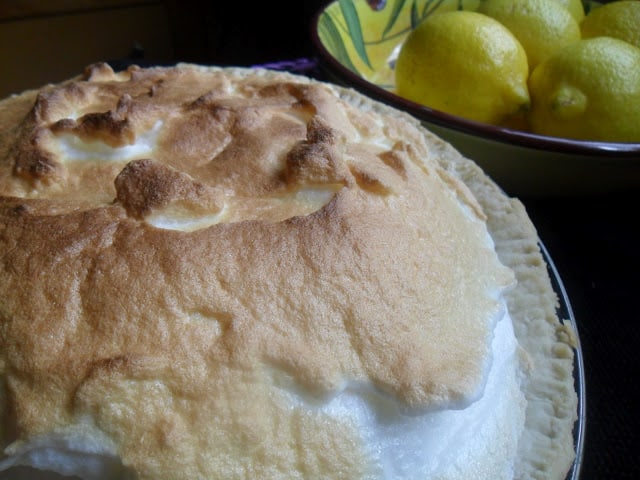 My Grandma might not have liked lemon meringue pie but I surely do and so does my hubby. In fact, I’ve had people beg me to make this pie recipe for them. With that being said, this recipe is a keeper. I think my Grandma would be happy to know that after all of these years, I’m still making her recipe for lemon meringue pie AND I have a food blog to share it on.
NEXT UP: Egg Shaped Linzer Cookies

If you have never attempted to make a lemon meringue pie before, never fear! It’s really not as difficult as you might think. I use a refrigerated pie crust which makes things easier but you can make a homemade single crust if you prefer. The lemon filling is basically a homemade lemon pudding/pie filling, that is super easy to make. The meringue topping is just egg whites beaten with cream of tartar until stiff peaks form. That’s it! 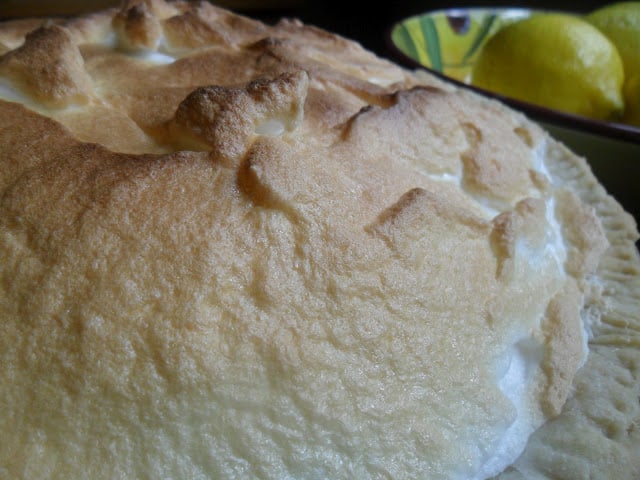 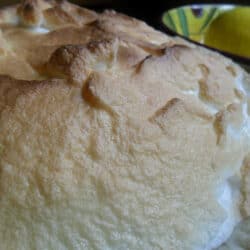 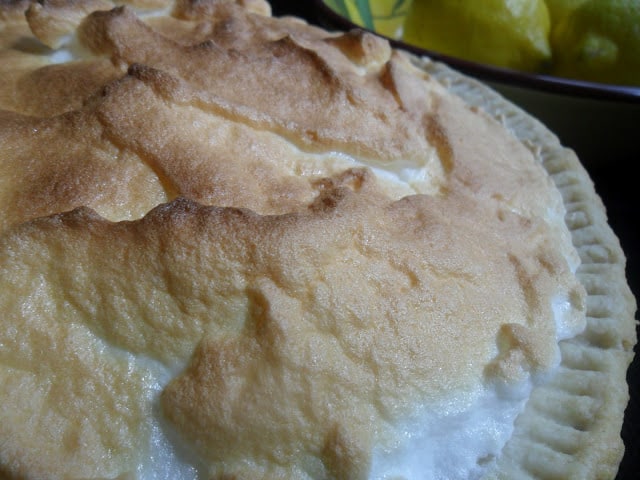