Kentucky Derby and a Mint Julep

Jump to Recipe
by Lynn // May 3, 2013
We may earn money or products from the companies mentioned in this post.

The Kentucky Derby and a Mint Julep 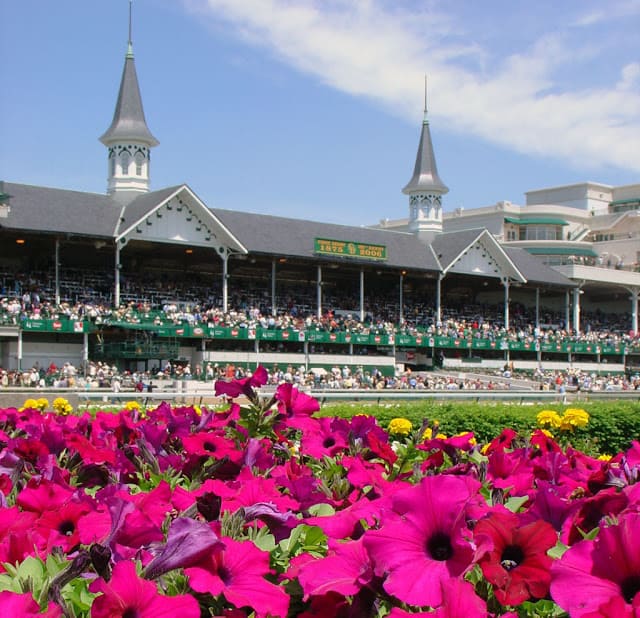 With 138 editions of The Kentucky Derby, the Run for the Roses ranks as the oldest continuously run sporting event in America, since it first began in 1875. With over a century worth of history, the Derby remains a timeless hallmark of Spring and is regarded as a great American Tradition. Many customs have become synonymous with the first Saturday in May.

Run For the Roses

Dubbed “the Run for the Roses” the famous garland of Roses draped over the Victor, is a tradition held steady for nearly a century and the Rose officially became the flower of the Kentucky Derby in 1904. In the box seats of Churchill Downs, some of the most popular celebrities, dignitaries and athletes will enjoy their Derby experience on the legendary “Millionaires Row”

The only things bigger than the race itself are the Hats. Men and Women alike will wear their finest head-wear to celebrate Kentucky Derby Day.  Since 1938, the Mint Julep has been the official drink of the Derby. The ingredients have stayed the same.  Mint, sugar, spring water, crushed ice and Kentucky whiskey, usually Early Times. Cool, Strong, Minty and Delicious.

While the Derby is full of history and traditions there are none that rival the powerful moment when the band begins to play “My Old Kentucky Home” as the horses step onto the track. This show of tradition can bring tears to a grown mans eyes, or so some say. Personally, I have never had the pleasure of attending the Kentucky Derby but I do know people who have. I’ve been told that it’s something you should experience at least once. 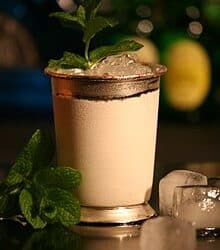 Yield: 2 servings
A tradition as old as the Kentucky Derby itself.
No ratings yet
Leave a Review »
Print Recipe Pin Recipe 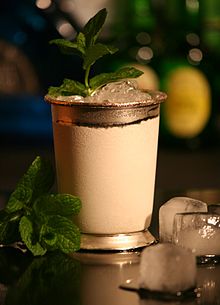 4 Comments on “Kentucky Derby and a Mint Julep”