by Lynn // August 1, 2014
We may earn money or products from the companies mentioned in this post. 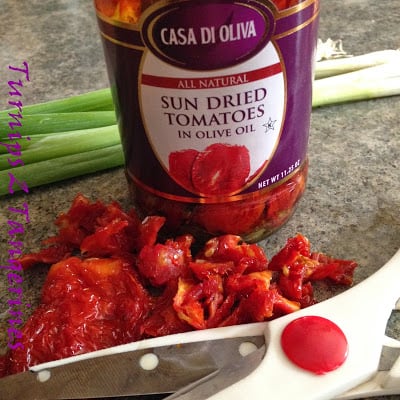 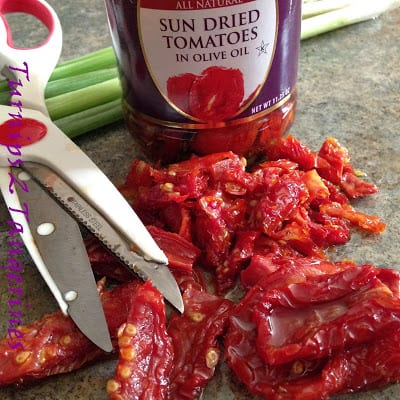 Keep a Jar on Hand

I always have a jar of sun-dried tomatoes packed in olive oil in my refrigerator. It’s a fast and easy way to add flavor to any dish or especially sandwiches, my favorite. I recently made scones and threw in some chopped sun-dried tomatoes. The sun-dried tomatoes I had, happened to be whole. Which meant I needed to chop them, hence the reason for this post. I found that the best way to chop and/or cut sun-dried tomatoes is to use a scissor. I buy my handy dandy kitchen scissors, usually 5 at a time (if you know me, you’ll understand that this isn’t unusual) at The Dollar Tree.

Don’t throw away the left-over olive oil from the jar od sun-dried tomatoes. The oil takes on the flavor of the sun-dried tomatoes and will add tons of flavor to anything you drizzle it on. Drizzle it over grilled fish, fresh sliced tomatoes, salads or even pizza. Brush it on a baguette or french bread, toast and cubed for instant croutons. Heck, the possibilities are endless. 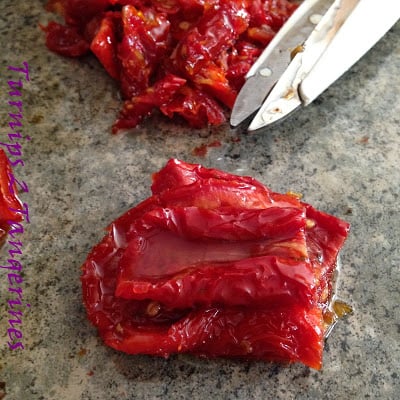 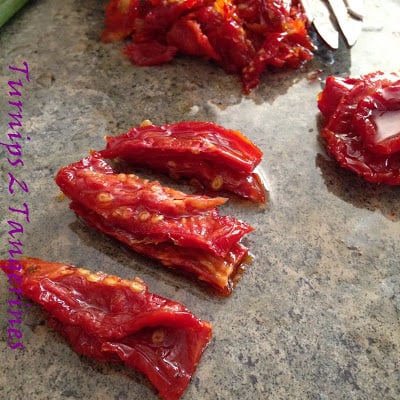 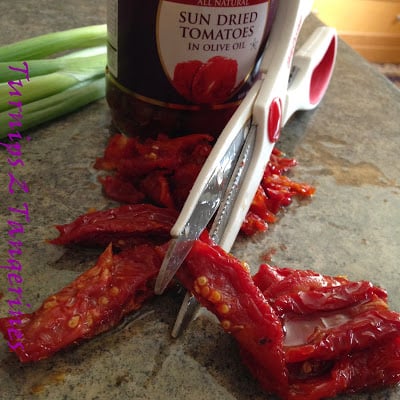