Jump to Recipe
by Lynn // November 14, 2019
We may earn money or products from the companies mentioned in this post. 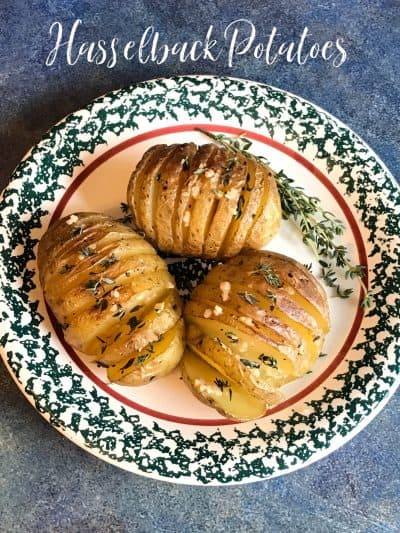 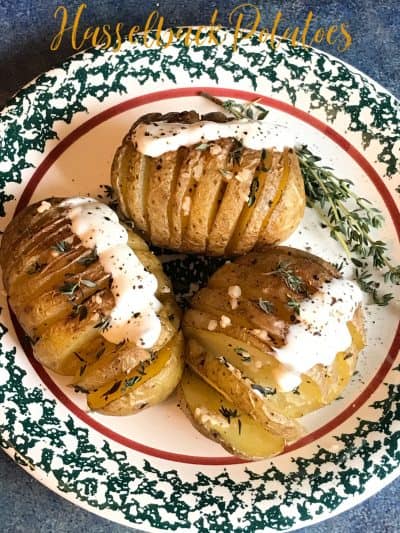 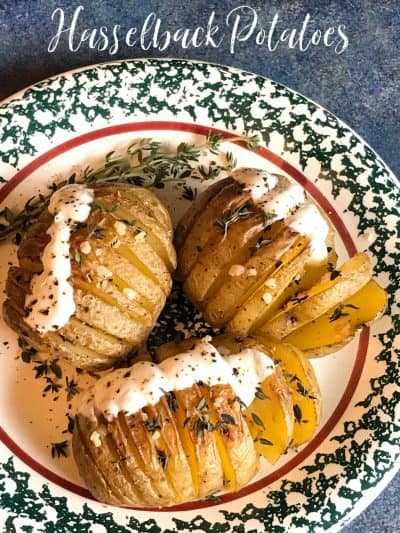 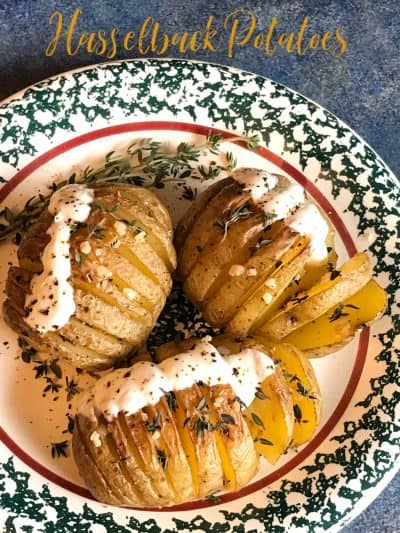 There are many variations of hasselback potatoes. Turn hasselback potatoes into a light lunch by using a super large potato, adding grated smoked Gouda cheese along with the breadcrumbs. Top the potato with diced fried bacon or ham, some sour cream and chopped chives or parsley. Swedelicious! *Above image credit Swedish Food

One Comment on “Hasselback Potatoes with Garlic and Thyme”