Ham with Pineapple and Cherries

Jump to Recipe
by Lynn // December 26, 2020
We may earn money or products from the companies mentioned in this post.

Ham with Pineapple and Cherries

Christmas Ham with Pineapple Rings and Maraschino Cherries is a classic way to prepare ham. A mixture of brown sugar, pineapple juice and cherry juice becomes an easy and simple glaze. We prefer two methods to preparing ham; on the rotisserie or in the crockpot. Ham with Pineapple and Cherries is made in the crockpot. Making it an easy and convenient way to make and serve ham. 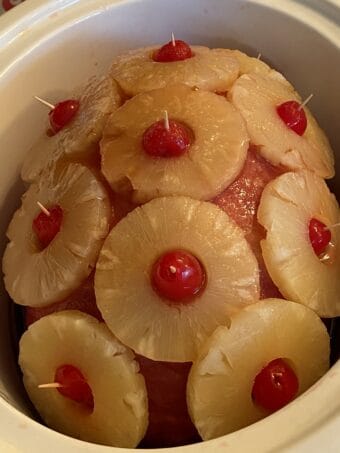 Would you believe that the holiday ham dates back centuries. Wild boar was one of the more popular choices for pagan feasts hundreds upon hundreds of years ago. Both the Norse and Germanic pagan traditions ate boar at their celebrations, honoring fertility and prosperity. Norse cultures ate boar in tribute to Freyr, a god for whom the pig was sacred. 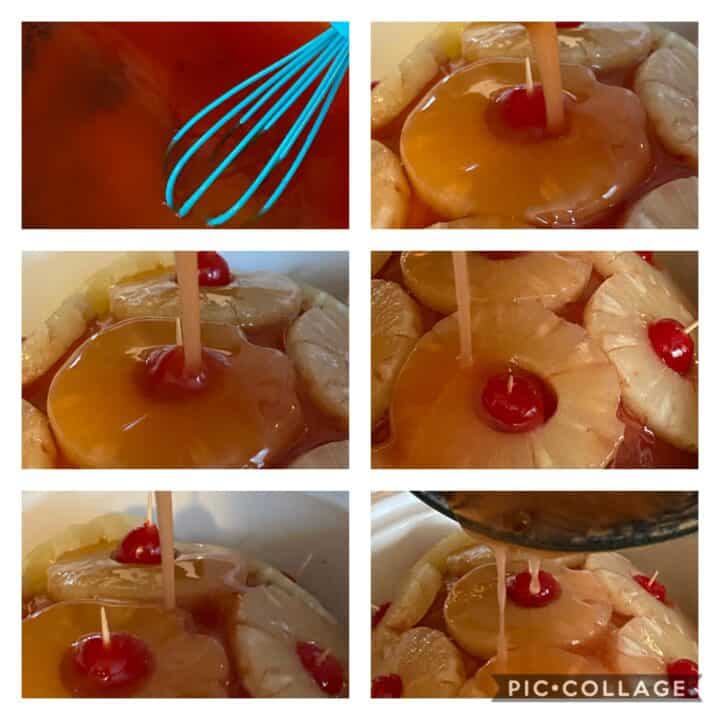 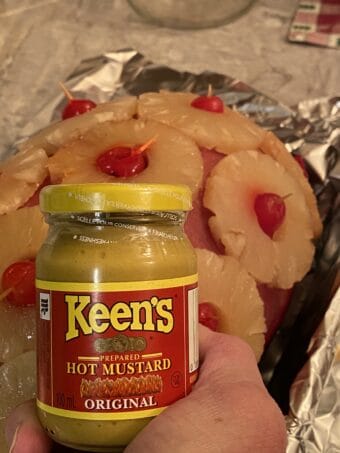 The original Yule Log was a giant log burned for the entire 12 days of Yuletide. And how about the classic carol, “Deck the Halls”? Its lyrics read, “Troll the ancient Yuletide carol,” and “See the blazing Yule before us.” So, as you’re decking the halls and carving your ham, rest assured that you’re enjoying ancient Yuletide traditions. 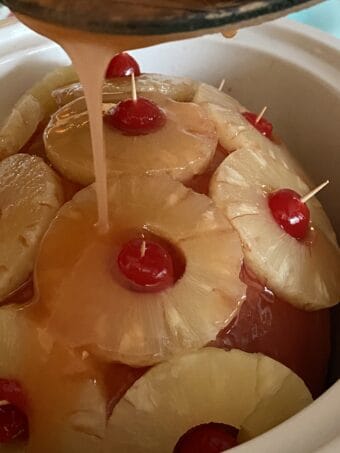 A Yule log or bûche de Noël is a traditional Christmas cake, often served as a dessert near Christmas, especially in France, Belgium, Switzerland, and several former French colonies such as Canada and Vietnam. Variants are also served in the United States, United Kingdom, Portugal, and Spain. One of these years I am going to try my hand at making a Buche de Noel or Yule log but until then, I’d much rather go to Dairy Queen and pick up an ice cream version of this traditional Christmas cake.

UP NEXT: chaCharcuterie Board and Happy New Year 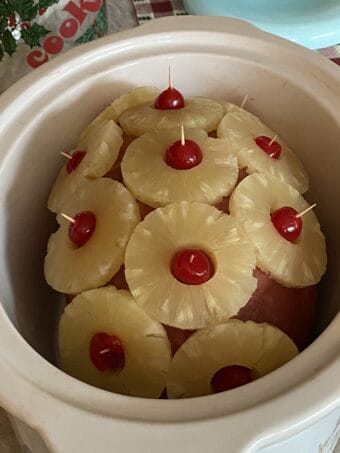 I received a jar of Keen Mustard a few days before Christmas. While visiting my friend Cindy in Wiraton Ontario, I fell in love with Keen mustard. I had never had or ever heard of Keens Mustard before until then. Cindy was kind enough to send me a jar of Keen Mustard just in time to serve with our Christmas ham. KEEN Mustard comes ground also.

I’m not sure how Cindy does it but she always knows exactly when to send me a card, a package or a jar of mustard and a container of tea. Maybe she has ESP or maybe she has a KEEN sense of intuition. 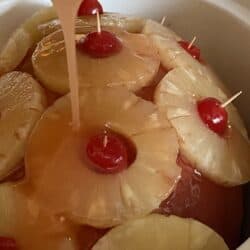 Ham with Pineapple and Cherries in Crockpot