Home » Around the World Recipes » Ham and Cheese Quesadilla

Jump to Recipe
by Lynn // July 12, 2021
We may earn money or products from the companies mentioned in this post. 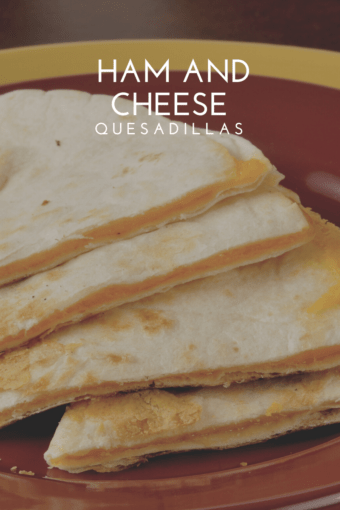 I’m really not sure where I’ve been for the last 20 years or how I happened to miss this easy and delicious “grilled cheese sandwich.” I have totally overlooked it and that is clearly very stupid on my part. After making a quesadilla, and totally enjoyed eating it, I decided to get on the “quesadilla express”and start on my own flavor adventure. Ham and Cheese Quesadilla is the first in many recipes to come. 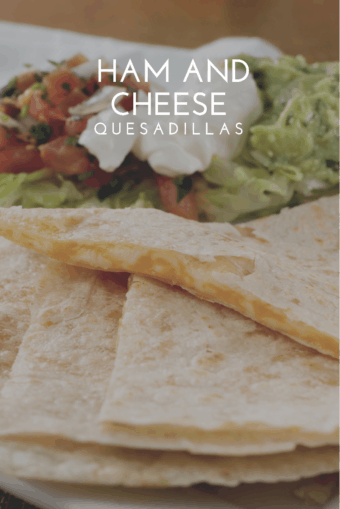 I have recently decided to give Hello Fresh a try. I’ll admit the coupon I received in the mail for 16 free meals was a clear motivator. Everyone I know has tried Hello Fresh, with all giving rave reviews, so I thought I’d give it a try. (Read my post, Hello Fresh, What I Think? coming next week) What does this have to do with a recipe for ham and cheese quesadilla? Well, I’m a gonna tell ya! One of the meals I selected was for cheesy chicken quesadillas.

First off, I’ve never made a quesadilla before. Don’t ask me why, because I really don’t know. Secondly, I was amazed at how quickly quesadillas came together. The chicken strips provided had a delicious roasted flavor. Even the tortilla shell was fresh along with the cheese. Lastly, what I liked about Hello Fresh is there is absolutely no waste. Everything is proportioned out exactly, right down to the last lime wedge:) Here is a link to Hello Fresh.

The Quesadilla is a common dish that you can find in any Mexican restaurant. It is also an essential meal or snack cooked in Mexican family kitchens. While the Quesadilla is seen as an authentic dish with its origins in colonial Mexico. The recipe has actually been influenced by several other cultures and cuisines along the way. 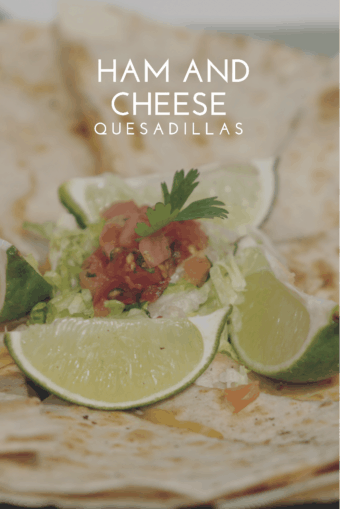 What is a Quesadilla?

If you are unfamiliar with the Quesadilla, the dish is a modest corn or flour tortilla that is filled and grilled. A full quesadilla combines two whole tortillas with a filling in between. A half tortilla is a single tortilla folded over into a half moon shape. A quesadilla is a corn or flour tortillas folded in half and stuffed with various ingredients. The ingredients range from cheese, potatoes, mushrooms, picadillo, chicharrón (pork rinds), or flor de calabaza (squash blossom). 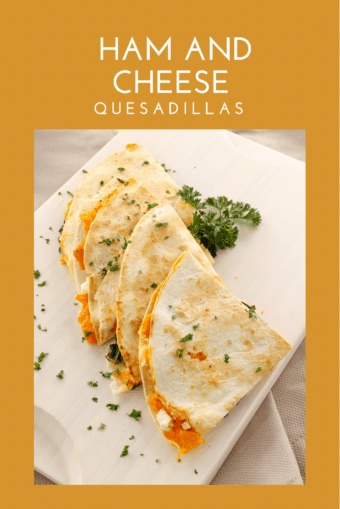 The quesadilla is grilled on a comal (flat griddle). It’s then served as a folded tortilla or it can be prepared with two whole tortillas. However, the version using two whole tortillas is called sincronizada. This translates as “synchronised” in Spanish. It’s a quesadilla filled with ham, cheese and sometimes chorizo or refried beans.

Cultures that have Influenced

A number of other cultures and cuisines have contributed to the dish that we know as the Quesadilla.

When do you eat a Quesadilla?

You can eat a Quesadilla any time of the day!

Most Common and Original QUESADILLA?

The most common and original version of quesadilla is stuffed with Oaxaca cheese (queso Oaxaca). Which is a Mexican soft cheese similar to mozzarella. This simple version can include a few fresh leaves of epazote, a pungent Mexican herb and strips of peeled chile poblano. The quesadilla is cooked on both sides on a comal. 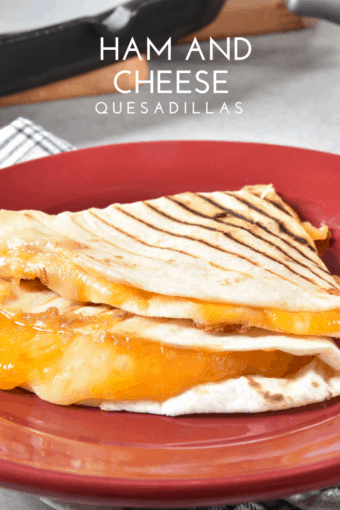 Until the cheese has completely melted and the tortilla is golden. Quesadillas are typically cooked without any oil or lard, which makes them crispier. They are traditionally served with a combination of green or red salsa, chopped onion, or guacamole.

UP NEXT: HelloFresh- What I Think About HelloFresh

The quesadilla is very popular, with the perfect combination of old and new world ingredients. They can be made with any combination of ingredients, are inexpensive to make and super delicious to eat! Looking for more Mexican inspired recipes! Check these out: 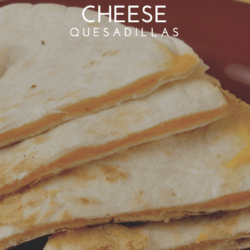 posted in: Appetizers, Around the World Recipes, Poultry and Game, Recipes // 0 comments