Five Cooking Methods That Bring Out

by Lynn // October 30, 2022
We may earn money or products from the companies mentioned in this post. 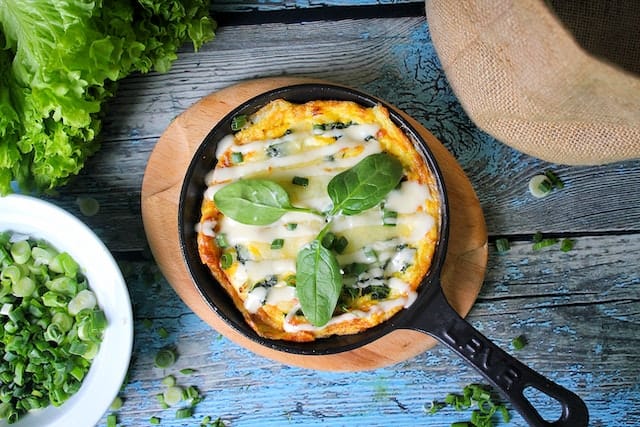 Frying is one of the most popular methods for cooking with a cast iron skillet. Whether you’re frying up some chicken or fish or making a batch of french fries, the high sides of the skillet help to keep oil splatters contained. Plus, the even heat distribution of the cast iron ensures that your food will be cooked evenly on all sides. Cast iron skillets are probably most renowned for their use when frying. However, it is important to remember that cast iron skillets can be quite heavy, so always anticipate the weight when lifting and handling hot oil.

A cast iron skillet is also ideal for searing meat. The high sides help to prevent splatters, and the even heat distribution ensures that your meat will be evenly seared on all sides. For best results, sear your meat over high heat until it develops a nice crust, then finish cooking it over lower heat until it reaches the desired level of doneness. Remember that your pan should usually already be hot before searing most meats, and reaching the ideal temperature can take a while. So remember to be patient while heating your skillet. Another advantage of most cast iron skillets is that they have an iron handle too. This way, you can easily transition between the stovetop and oven.

Did you know that you can use your cast iron skillet for baking? The heavy-duty construction of the skillet ensures that your baked goods will turn out perfectly cooked on the inside while maintaining a crispy and flaky crust. Simply preheat your oven to the desired temperature, place your unbaked dough or batter in the skillet, and bake according to the recipe instructions. Cast iron skillets are extremely versatile tools, from making cornbread in a cast iron skillet to baking your favorite pie. Don’t forget to give it a try if you haven’t yet used it for baking.

Braising is a method of cooking that involves browning meat or vegetables in fat before slowly cooking them in liquid. This method is often used for tough cuts of meat that need to be cooked slowly in order to tenderize them. The high sides of the cast iron skillet help to prevent evaporation so that your braising liquid doesn’t reduce too much during cooking. Lovely beef short ribs or oxtail can be perfected in a cast iron skillet with the right braising know-how.

Roasting is another great way to use your cast iron skillet. The heavy construction helps to ensure even heat distribution so that your food roasts evenly on all sides. Plus, the high sides help to prevent splatters and keep juices contained while roasting. Simply preheat your oven to the desired temperature, place your food in the skillet, and roast according to the recipe instructions. Another massive advantage of roasting in a skillet is the easy transition to making gravy on the stove top with the juices left behind from the roast.

As you can see, there are many different ways to use a cast iron skillet to bring out the best in your food. Whether you’re frying, searing, baking, braising, or roasting, a cast iron skillet is an essential tool for any home cook who wants to create delicious meals. So don’t be afraid to experiment with different methods and find out which ones work best for you!

How to Make Sure You’re Eating to Build