Jump to Recipe
by Lynn // November 3, 2012
We may earn money or products from the companies mentioned in this post.

Figs contain iron, calcium and potassium. Figs are a natural mild laxative and the black fig pulp is often used as an ingredient in facial masks. The juice from the fig leaves has been used on insect bites, bee stings, corns and warts. The fig tree is part of the Moraceae Family, along with the mulberry. This post is about figs and a recipe using figs. So ‘let’s talk about fig facts’ and make the recipe for ‘Gary’s fig and pecan cinnamon rolls.’ 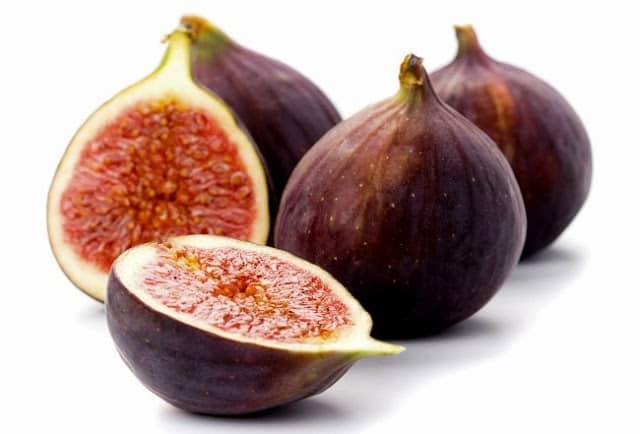 Originally hailing from southern Europe, Asia and Africa, figs were thought to be sacred by the ancients; they were also an early symbol of peace and prosperity. Figs were brought to North America by the Spanish Franciscan missionaries who came to set up Catholic missions in southern California. Hence the now popular mission fig. There are hundreds of varieties of figs. The fig tree has been around since the earliest recorded history.

All Figs Have Tiny Edible Seeds

All figs have a soft flesh with tiny edible seeds. They range in color from purple-black to almost white and in shape from round to oval. The most well known varieties today include the green-skinned, white-fleshed Adriatic; the pear-shaped, violet to brown-skinned Brown Turkey; the large, squat white-fleshed, green-skinned Calimyrna (when grown in California) or Smyrna (when from Turkey). Figs are higher in fiber than any other fruit or vegetable.

This group also includes the Celeste, which is medium and pear-shaped, with a purple skin and pinkish pulp. The Kadota, a small, thick-skinned, yellow-green fruit; the Magnolia (also called Brunswick), large, with a pinkish-yellow flesh and amber skin; and the purple-black Mission (or Black Mission), with its super small seeds. Figs can have flavors reminiscent of raspberry, maple syrup, caramel, honey and almond.

Figs are extremely perishable and should be used soon after they’re purchased. Figs may be stored in the refrigerator for 5 to 7 days and they are also sold candied, dried or canned in sugar syrup or water. Fig concentrate is a thick, syrupy, seedless puree’ of figs. It’s used to flavor cakes and other desserts, as well as a topping over ice cream, fruit, and so on. Fig concentrate can be found in natural food stores and some supermarkets.

Figs have become the symbol of abundance, fertility and sweetness. The fig was first used in a commercial product in 1892 in the Fig Newton Cookie. 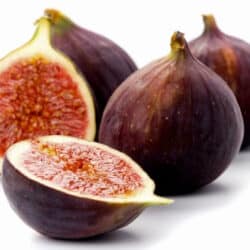