Jump to Recipe
by Lynn // April 11, 2013
We may earn money or products from the companies mentioned in this post.

When my kids were young, I would make this gooey treat on Saturday mornings. They always called it “Moms Bubble Bread” This is one of those recipes that proves to those who dare to make it, you don’t need a lot of ingredients for something to taste decadent. This recipe comes to you via my sister Mary. The first time I tried bubble bread it was at her house. I’m pretty sure that between the two of us, we polished off the whole pan. I’ve been making Monkey Bread ever since. 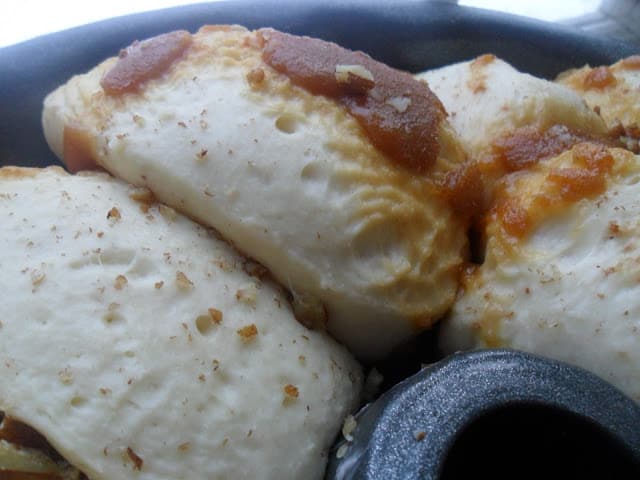 The term monkey bread or bubble bread is referring to a “bread” that is formed from pieces of yeast dough and dipped into butter. Bubble bread was popularized in California in the 1940’s. It was a savory bread, served with jam or preserves. In the early 1970’s loaves of dough pieces were dipped into melted butter and rolled in either cinnamon-sugar or brown sugar. Transforming this bread from savory to sweet.

Sometimes called Hungarian coffee cake or golden dumpling cake, but has became known as monkey bread. Common names for pieces of dough baked together in a pan include bubble bread, bubble loaf, pull-apart bread, pinch-me cake and monkey bread. According to conventional lore, the term monkey bread comes form its appearance. Staking pieces of bread next too and on top of each other. Like a barrel of monkeys.

From Savory to Sweet to Savory

Today, you can find oodles of recipes for both savory and sweet monkey bread aka bubble bread. What started out as a savory bread and soon became super popular as a sweet bread, has now made a complete circle. Monkey bread or Bubble bread is just as popular today as a savory bread as a sweet bread. The variations are endless, and with good reason. Whether savory or sweet one thing is certain, Monkey/Bubble bread is Yum! 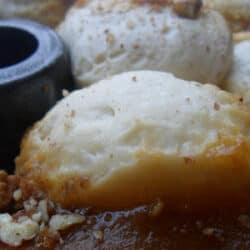 If you have a sourdough starter and want to wake your family up in the morning, make these Whole Wheat Sourdough Cinnamon Rolls. Here is a delicious recipe for German Coffee Cake, which is less sweet than bubble bread and features fruit. German Apricot Cake 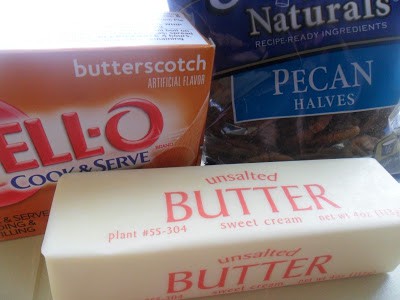 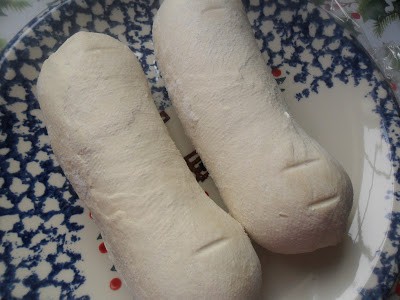 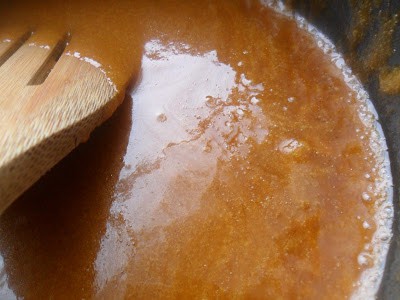 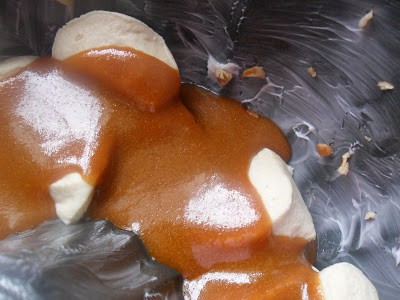 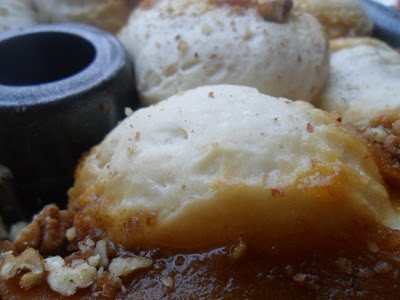