Jump to Recipe
by Lynn // December 30, 2020
We may earn money or products from the companies mentioned in this post. 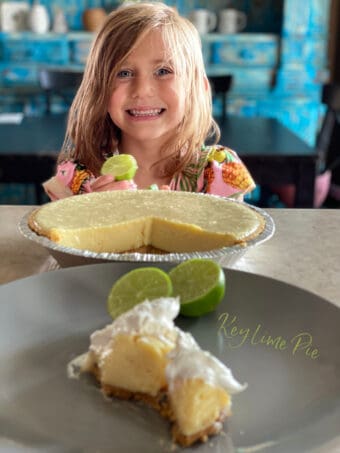 Almost every family in Florida has a recipe for Key Lime Pie and they all claim it’s the only authentic version. Aficionados of Key Lime Pie argue endlessly about the proper way to make one. Graham-cracker or pastry crust? Meringue on top or whipped cream, or neither?  Cooked or uncooked filling?  The one thing that they do agree on is that under no circumstances should you ever add green food coloring. The filling of authentic Key Lime Pie is a light yellow, not green. Another point to remember…This may seem like a no brainer but regardless it should be pointed out. Key Lime Pie is made with KEY LIME JUICE and key lime zest Only!! No ands, ifs, or buts about it. 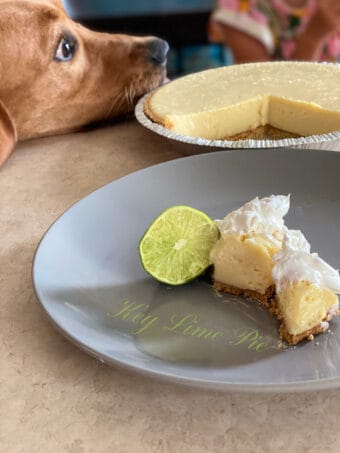 As to who made the first Key Lime Pie, no one really knows for sure as it has never been documented. William Curry (1821-1896), a ship salvager and Florida’s first self-made millionaire (commonly referred to as rich Bill), had a cook that was simply know as Aunt Sally.  It was Aunt Sally who created the pie in the late 1800s.  Some historians think that Aunt Sally didn’t create the Key Lime Pie, but probably perfected a delicacy that was the creation of area fishermen.

William Curry built a lavish mansion for his family in 1855 that still is being used today as the Curry Mansion Inn. It is said that Aunt Sally already knew how to make a lemon ice box pie which also uses sweetened condensed milk and egg yolks. Instead of lemons, she used the readily available local key limes. 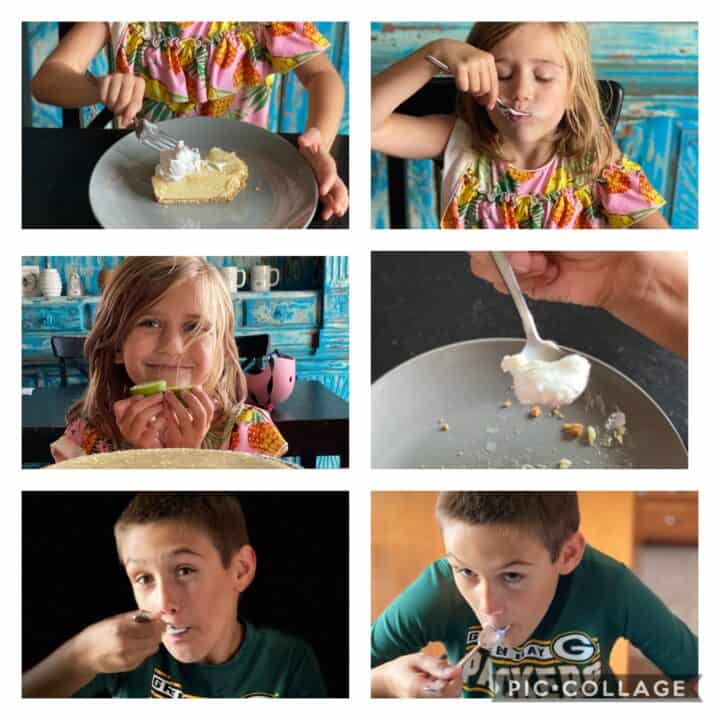 Another theory is that a sponge fishermen around Key West used to stay at sea for quite a while. Sponge fishing was a booming new business in South Florida but the margins were slim. The rations were meager on the boat,  some sugar, eggs, canned milk, soda crackers, nuts, and citrus fruit.  Word spread quickly among the fisherman about a pie that was made using the very ingredients they had onboard. That pie was called; Key Lime Pie. It soon became a staple onboard  fishing trips. 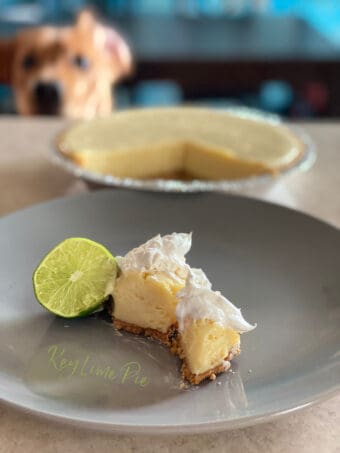 It wasn’t until the 1930’s that the first recipes for Key Lime Pie were written down. Until then everyone just knew how to make the pie. No fresh milk, no refrigeration, and no ice was available in the Keys until the arrival of tank trucks. Because of the lack of fresh milk and lack of refrigeration, local cooks had to rely on canned sweetened condensed milk. Which of course was invented in 1856 by Gail Borden. Key limes may be the star ingredient of  Key Lime Pie, but it is the sweetened condensed milk that makes it so smooth and creamy. 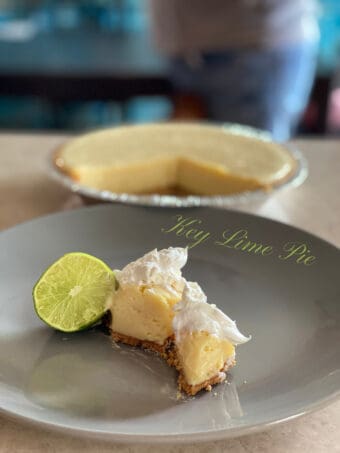 The key lime tree, which is native to Malaysia, probably first arrived in the Florida Keys in the 1500s with the Spanish. Key limes look like under developed lemons, as they are smaller than a golf ball with yellow-green skin. They are also know as Mexican or West Indian limes. In 1926, a hurricane destroyed the key lime plantations in South Florida. Growers replanted with Persian limes, which are easier to pick and to transport.  Today the key limes can be found in back yards and their fruit is used by Florida Keys home cooks. Key limes are grown in the Miami area for commercial use and can be found in specialty supermarkets throughout the country. 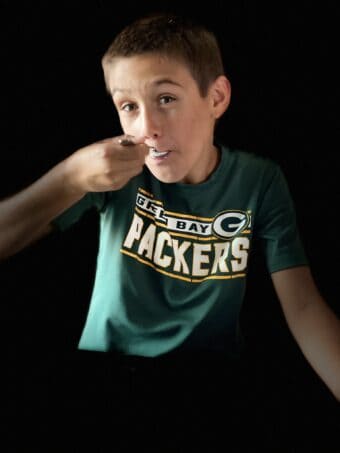 The two brands that we use the most in our key lime recipes are: Kermits Key Lime Juice and Nellie and Joe’s Key Lime Juice. One more thing that I’d like to point out here, is my grandson Eliott, seen in the photos above, requested a key lime pie. I always keep a few ready made graham cracker crusts (BAMA) for this this exact reason. I prefer the real deal, graham cracker crust made with Honey Maid Graham Crackers but sometimes ready made fills in nicely too. 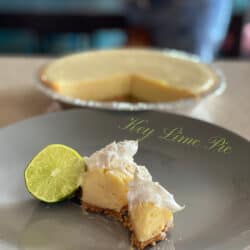