Jump to Recipe
by Lynn // April 8, 2019
We may earn money or products from the companies mentioned in this post.

Looking for a great and delicious way to make bananas? Give this recipe for cinnamon-spiced bananas a try. Even though I’m watching what I eat, I still get a craving for something ‘sweet.’ Cinnamon Spiced Bananas would no doubt be super fantastic spooned over a very large bowl of vanilla or cinnamon ice cream, but since I don’t want to totally ruin my diet, I decided to serve warm cinnamon-spiced bananas with plain Greek yogurt. I think I just found my new ‘sweet’ treat. It was super good! 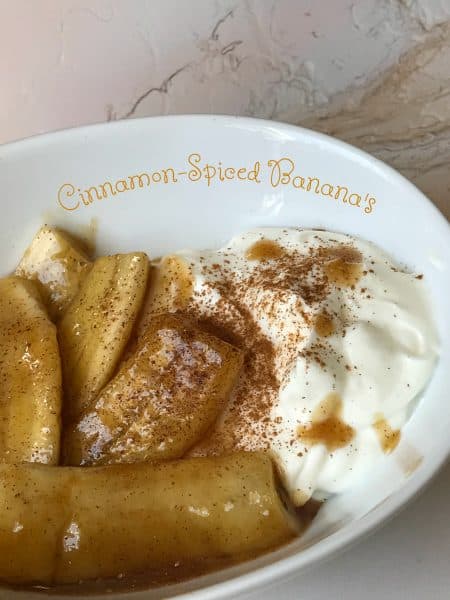 Slow Cooker Bananas Foster is a fantastic recipe to make and serve right from your crock-pot. Slow Cooker Bananas Foster is traditionally served over vanilla ice cream but cinnamon ice cream or butter pecan ice cream would also be great choices. Banana’s make for an easy and delicious dessert option. When you really think about it, economically speaking, banana’s are cheap! Not only are they cheap, banana’s are available everywhere. So what are you waiting for? Go pick up a bunch of banana’s and make some dessert! 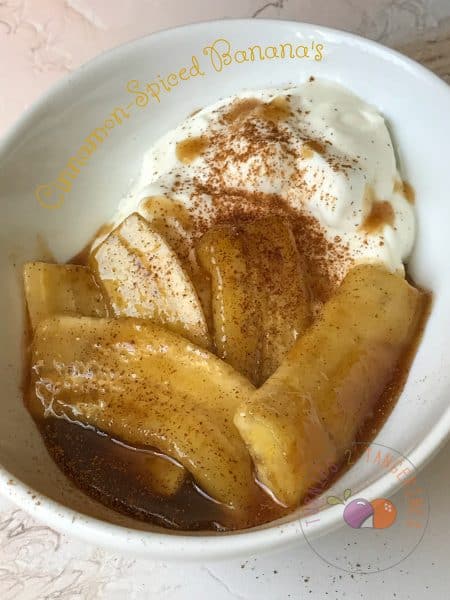 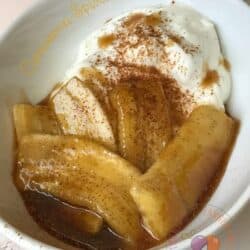 What’s Cooking in the kitchen is a super Simple Fruit Salad served in a Pineapple Boat. Fresh pineapple, chopped honey crisp apples, sliced banana’s and cantaloupe cubes. The fruit is then tossed together with sweetened flaked coconut and lime zest. This yummy fruit salad combination is served in a pineapple shell and drizzled with honey and lime yogurt. Super delicious and good for you too! Cinnamon spiced bananas are made with Watkins Ground Cinnamon 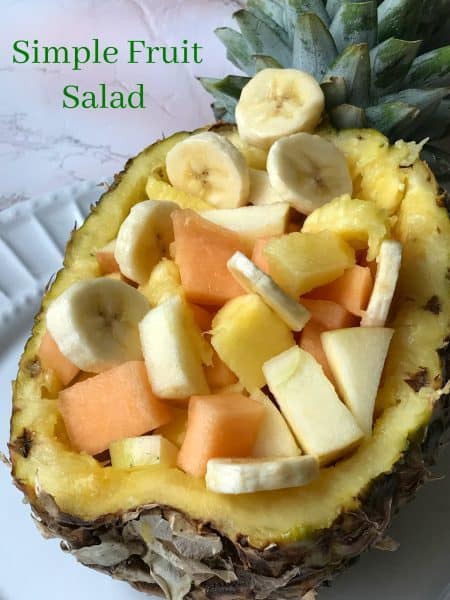 *We are currently in the process of moving our recipes onto “recipe cards” or WP Recipe Maker format. Please excuse our mess while we clean up the kitchen.* Recent Recipe: Tuna Salad Stuffed Avocado