Cherries on a Cloud Cake

Jump to Recipe
by Lynn // February 22, 2021
We may earn money or products from the companies mentioned in this post.

Cherries on a Cloud Cake

Celebrating three birthdays in the month of February and Valentines Day, meant it was filled with sweet treats. Cherries on a Cloud Cake was one such sweet treat. I remember my mom made this cake a couple of times for my brother Jim and my sister Jan for their birthday. Even though they shared the same birth date, they were 9 years apart in age. A rare occurance in a family I’m sure. As I get older, the story lines from my childhood memories have become a bit ‘muddy’ but I do remember one particular year when my mom made cherries on a cloud cake and a cherry pie. It must have been an extra special day at our house that year. 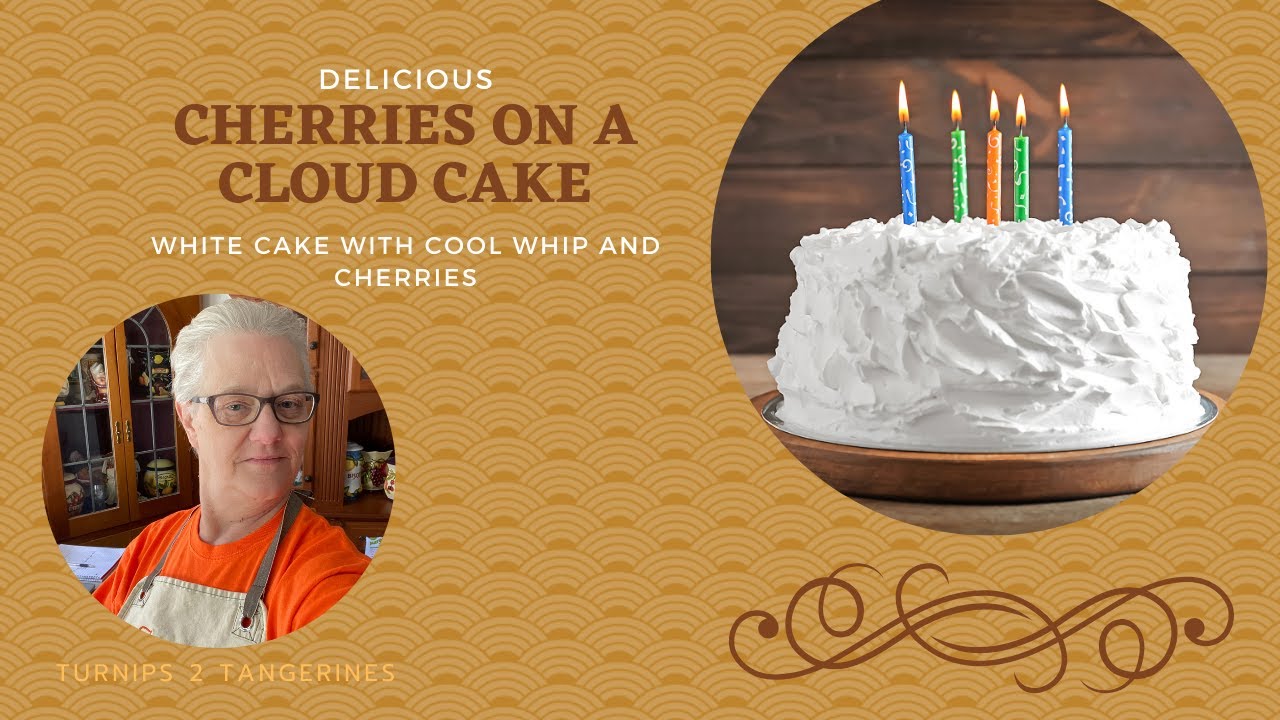 Cherries on a Cloud, “cloud” being the cool-whip, is a recipe that I’m not really sure where it came from. I have two theories as to its origin. My mom might have seen the recipe in  a Mc Calls or possibly Redbook magazine way back when. Both magazines often shared delicious recipes that any busy home cook could make. This was during the time before computers when recipes could be found in magazines, newspapers and cookbooks. Recipes were handed down within families and then shared with friends. I’ve written many a recipe down on the back of bill, envelope or bank statement.

Another theory of mine and one that I think might be true, I brought the recipe home from my 7th grade Home Economics class. My love for cooking began when I took my first cooking class with Mrs. Young in 7th grade. Way back in the dark ages, well before school budget cuts axed many elective school programs. I’m not sure why but this theory seems to stick in my head for some reason. Maybe it’s because of the simplicity of the recipe. Definitely something a 7th grader could make. Plus I can’t imagine Aggie tearing a recipe out of a magazine.

Even though this recipe is super easy to make, there are many different ways to change it up and make it your own. For example, substitute a chocolate or a cherry cake mix for the white cake mix used in this recipe. If you and your family aren’t fans of cherries, no problem! Blueberry or strawberry pie filling works great too. There are so many flavors to choose from it will be fun trying different flavor combinations. It seems to me that the simpliest recipes are often times the most delicious.

Another thing that has changed since my mom made this cake so many years ago, are the new flavors of cool-whip! Chocolate and I believe strawberry, just to name a few. My grandma would be in seventh heaven to see the ‘new’ cool-whip flavors. She loved her cool-whip and put it in and on everything! Below are just a few of the flavor combinations you might want to try:

Products used for this recipe:

Cherries on a Cloud