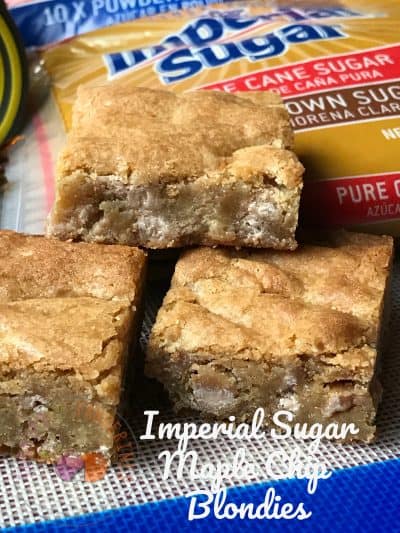 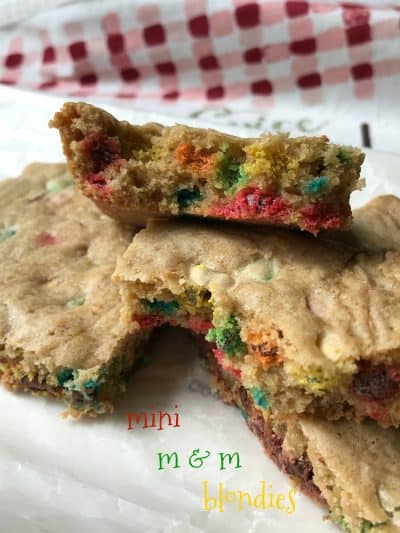 Mini M & M Blond Blondies Mini M & M Blondies are made with just a few ingredients. The two main ingredients found in blondies, that make them special and distinguish them from their famous chocolate brownie relatives, is the butter and brown sugar. Whereas … 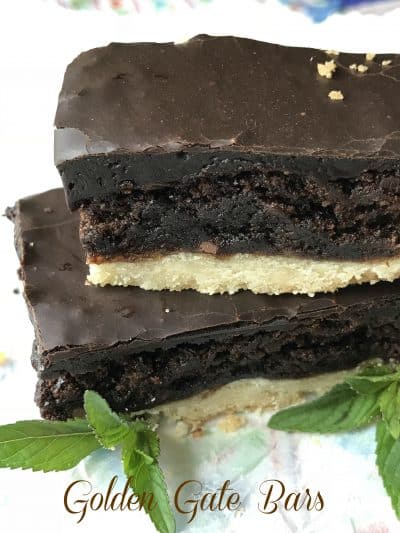 Golden Gate Bars made with Ghirardelli

Golden Gate Bars made with Ghirardelli

Golden Gate Bars featuring Ghirardelli Brownie Mix doesn’t call for just any Ghirardelli brownie mix, it calls for Ghirardelli “New” Salted Caramel Brownie Mix. The minute I picked up the box, turned it around and saw this recipe on the back of the box, I knew I was going to go right home and immediately make these Golden Gate Bars. Anytime I see a recipe that has layers involved, I’m on it. Anything with layers, just seems too scream delicious! 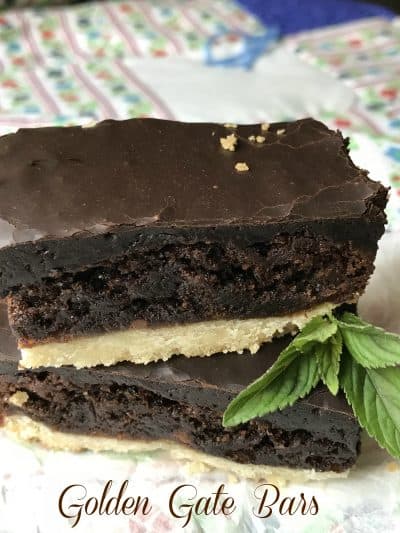 The fourth layer on these already delicious bars is an Easy Ganache. What is Ganache? Ganache [gahn-AHSH] A rich icing/filling made of semisweet chocolate and whipping cream, heated and stirred together until the chocolate has melted. The mixture is cooled until lukewarm and poured over a cake or torte. The ganache on Golden Gate Bars is made with heavy cream and Ghirardelli semi-sweet chocolate chips. Yum! 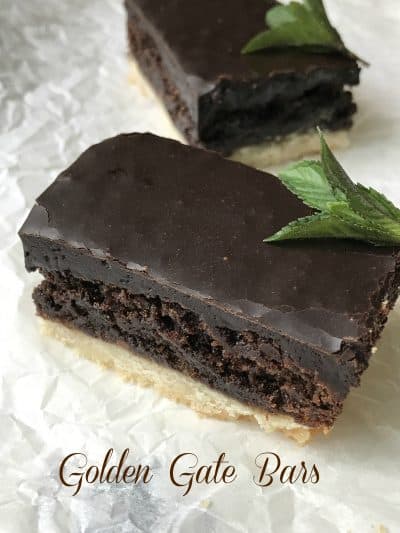 Ganache souffle’ is made from the same base ingredients as ganache but often contains a tablespoon or so of rum or cognac. When cooled to room temperature, the mixture is whipped to approximately twice its original volume. Where as ganache is used to glaze cakes, pastries and tortes, ganache souffle’ is generally used to fill them. Well, doesn’t that sound good! 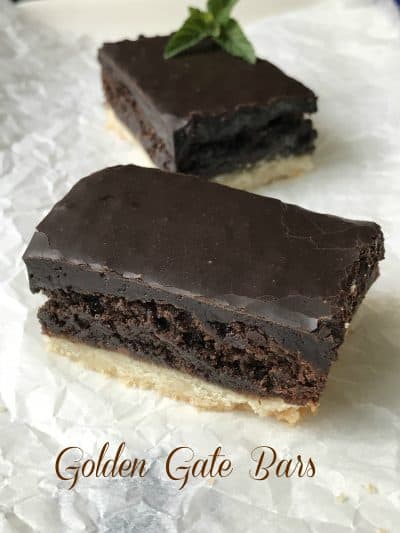