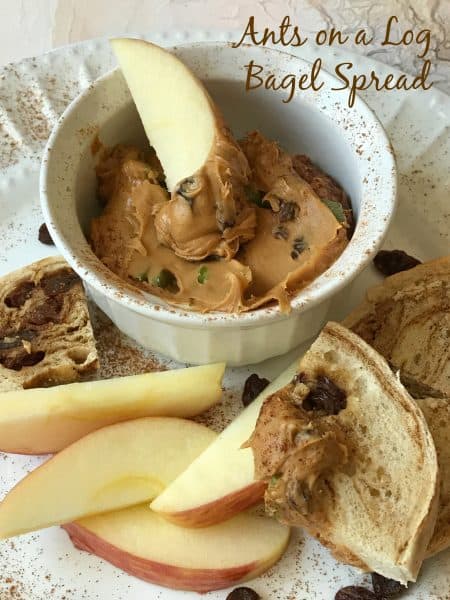 Ants on a Log Bagel Spread It’s no secret that we love peanut butter here on Turnips 2 Tangerines. I mean loove the stuff. I can and will and often do eat peanut butter every day. I can hardly keep the stuff in the house. … 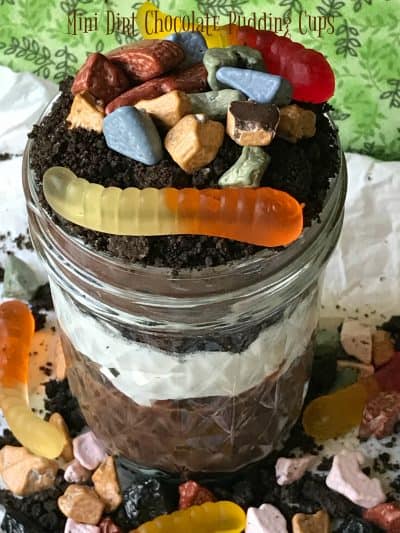 I made this recipe in early May and I totally forgot to post the recipe. To be honest, I thought I already had. So as the saying goes, better late than never! I originally made this recipe because my grandkids were going to spend Memorial Day weekend with us. (like I said, this post is from May) I have to admit, my hubby and I thought that these Mini Dirt Chocolate Pudding Cups were pretty darn good. In fact, we loved them. 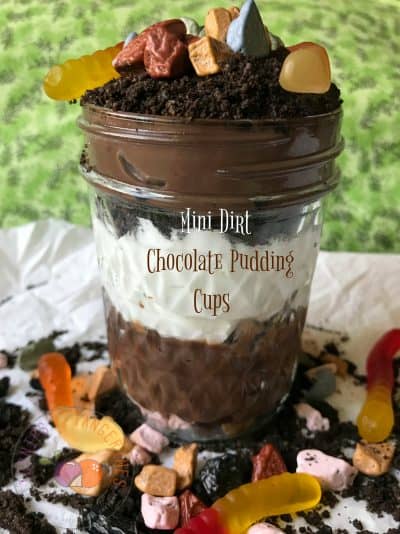 My inspiration for this recipe came in the form of rocks. Chocolate rocks to be exact. Not far from where I live is a really neat, (do people still say ‘neat’ anymore?) candy store called Sweet Memories Candy & Ice Cream Shoppe . It’s located in Lakewood WI and it’s a local landmark and a ‘must stop at’ stop for travelers heading up north for the weekend. One day I spotted chocolate rocks in the self serve bulk candy section. Hmm. 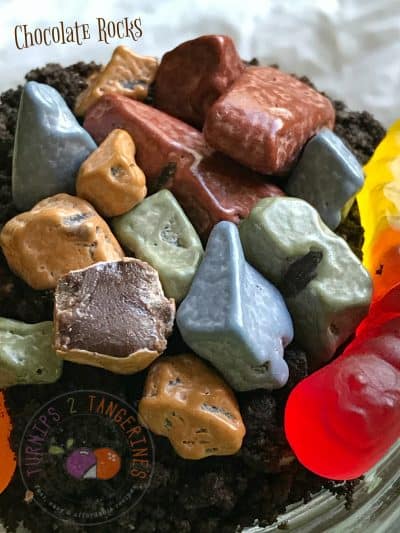 Not only do these mini dirt cups contain chocolate candy rocks, the ‘dirt’ is crushed oreo cookies and the worms, with the cute smiley faces are gummi worms. We used Jello Brand cook n’ serve chocolate pudding and pie filling but to save time substitute instant pudding mix. Cool-whip or any brand of frozen whipped topping can be used. This will keep things nice and simple. Or as Willow would say, “Easy peasy, lemon, squeezy!” 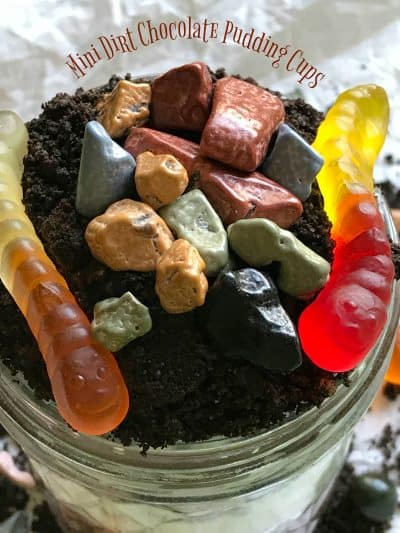 It’s no secret that here on Turnips 2 Tangerines we love cookies. Oreo cookies are no exception. I’ve always had a thing for Oreo cookies, making them my favorite ‘packaged’ cookie. Not Chips Ahoy, Nutter Butters, or Fudge Strip cookies. The Queen of the cookie aisle for me is Oreo cookies. The only thing is, I wish they’d leave them alone already! Even though I do like the mint flavored, peanut butter flavored and holiday peppermint:)

Last year at the Dollar Tree, I found these super delicious Peppermint Rippin’ Good Cookies. I mean these babies are beyond delicious. My only regret was I didn’t clear the shelves when I had the chance. I went back to the Dollar Tree in Antigo WI three days later and they were gone. Seriously, I thought I was going to cry. If you happen to find these cookies at the Dollar Tree near you, pick up a couple of packages!! If you’re a fan of peppermint and chocolate, these Rippin’ Good Cookies Rock!! 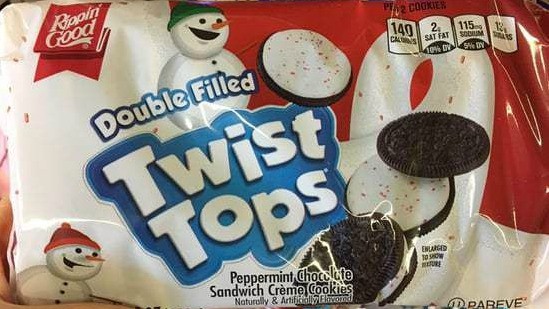 For over 85 years, Ripon WI. has been known as Cookietown. It is said that when the wind blows from the north, the city smells like cookies. Ripon residents even baked the “world’s largest cookie” which was featured on the cover of the “Guinness Book of Records.” In 19 Horace Bumby establishes Ripon Foods Inc. with a single oven and 25 employees and Rippin’ Good Cookies was born, putting Cookietown or Ripon WI on the map. 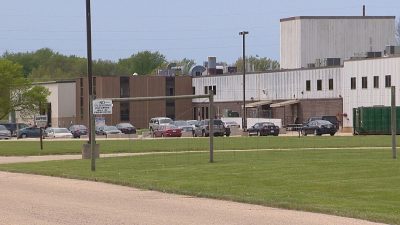 In 2012, ConAgra Foods, Inc. completes its acquisition of Ralcorp Holdings, Inc., making the combined company one of the largest packaged food companies in North America. In 2015, ConAgra announces its plan to close the Ripon west plant which manufactures cookies. At the end of 2016, the east wafer-making plant is also closed. This brings an end to a long history of cookie making in Ripon WI, or does it?

In May, 2017, Fox 11 News reported that the Ripon Cookie Plant was reopening. The New York based company, Simple Natural Foods, purchased one of the closed cookie factories in Ripon. Workers at the former Ripon East plant will be producing wafer cookie products similar to those previously produced as Rippin’ Good cookies. Some of the new cookies will be healthier varieties. Rippin’ Good makes Rippin’ Good Cookies once again! 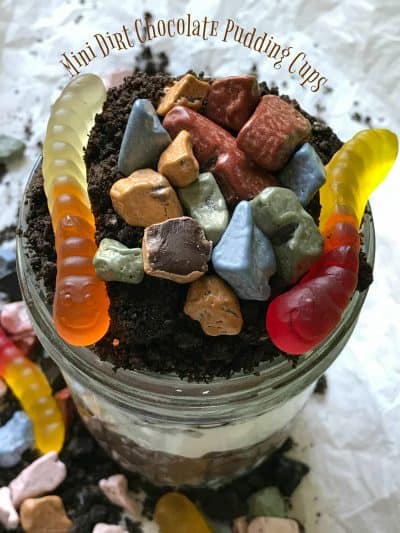