Jump to Recipe
by Lynn // December 24, 2020
We may earn money or products from the companies mentioned in this post.

Since I first saw this recipe on the back of a box of Millville bran flakes, I’ve wanted to make it. If you’re never heard of the brand Millville before, it’s most likely because you have never shopped at Aldi before. Aldi has several brands and Millville is one of them. This recipe for bran flake coconut french toast uses all Aldi brands. If you’re looking for a deliciously different french toast recipe, look no further, because you just found it. Possibly the best french toast recipe I’ve ever made and eaten. 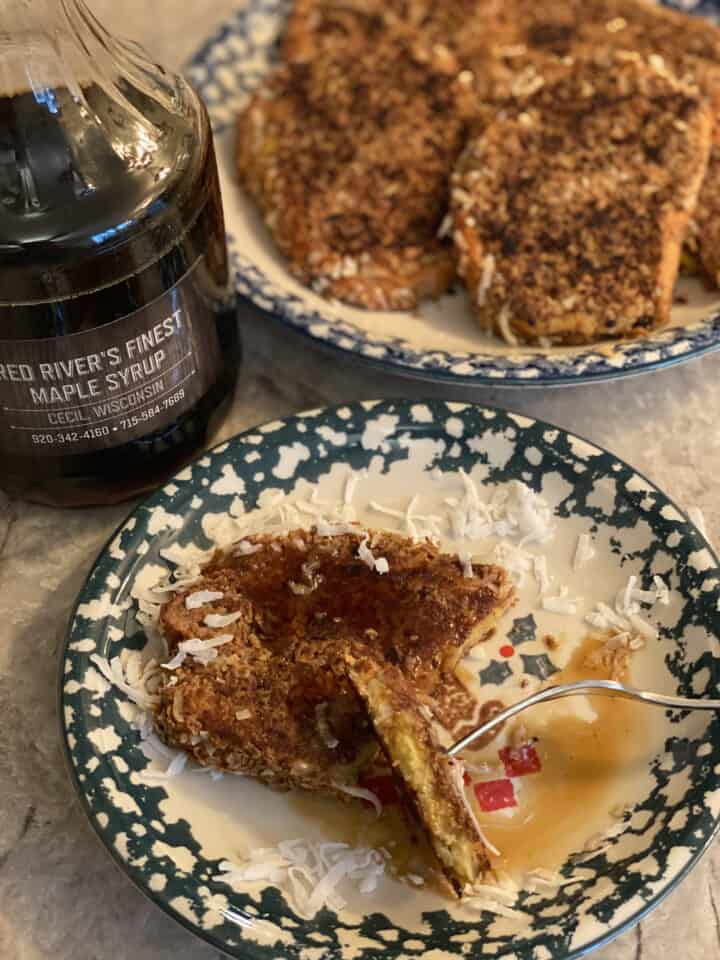 Bran flake coconut french toast is perfect to serve overnight friends and family. The ingredient list is short and sweet; one 14 oz Vanilla Cream Brioche, Coconut Milk, Bran Flakes, Flaked Sweetened Coconut and of course the usual eggs, cinnamon, vanilla  extract and brown sugar. This french toast is made the exact some way as regular french toast except you’ll be using vanilla cream brioche instead regular bread. Dip the slices of brioche into a mixture of crushed bran flakes and flaked coconut after the slices take their bath in the egg/coconut milk mixture. 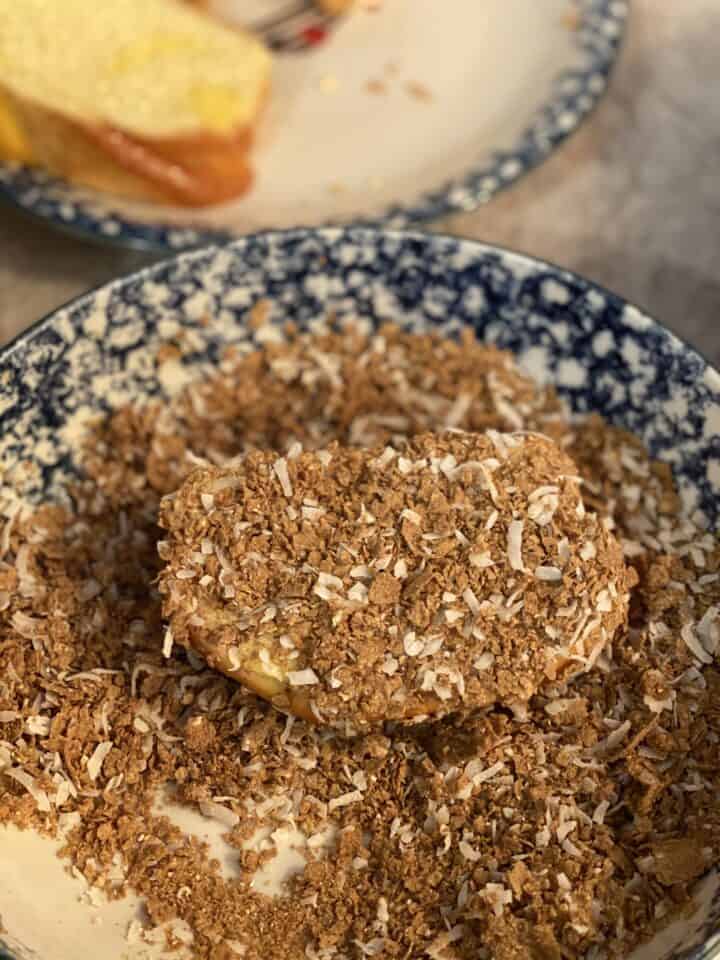 So then tomorrow morning when you wake up bright and early with the kids, remember this recipe. While they’re playing with their new toys, get busy in the kitchen. You need to make coffee anyway! Fry up some bacon and make Bran Flake Coconut French Toast! Don’t have bran flakes? Use Captain Crunch..No Vanilla Cream Brioche? Try regular bread! Don’t like coconut? Omit it! It’s Christmas Morning, Rejoice..

The sweetened dairy-based beverage is traditionally made with milk and cream, sugar, whipped eggs, and spices. When served at parties and holiday get-togethers, liquor is often added to the eggnog. Many people prefer brandy, whiskey or bourbon For added holiday cheer, garnish with a sprinkle of nutmeg.

Eggnog also flavors other holiday treats, too. For example, you can find eggnog flavored coffees, teas, baked goods, and puddings at your grocery store. Aldi has come out with an almond-milk based eggnog, which I have tried and I can tell you, it’s delicious! Much lower in calories and fat than traditional eggnog too.

Today while gathering together with family and friends, virtually, raise a glass or two of eggnog! Other ways to enjoy the day include baking eggnog flavored goodies. For example Holiday Eggnog Waffles and Cherry Nut Eggnog Bread are two of our favorites:) 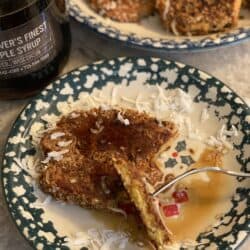