Jump to Recipe
by Lynn // March 15, 2019
We may earn money or products from the companies mentioned in this post.

I always like to have a box of Bisquick™ on hand, just in case my hubby wants biscuits. He’s a huge fan of biscuits, I mean huge fan! Since I have yet to master the art of making from scratch biscuits. (I have no idea what I’m doing wrong) I go the Bisquick™ route. Why? because the biscuits always turn out and there are like a gazillon things you can make with Bisquick. 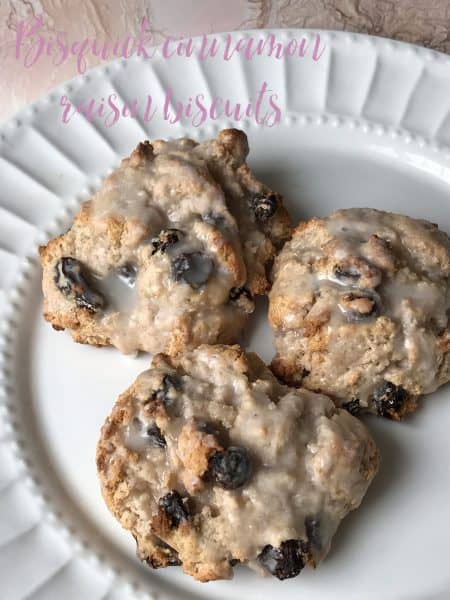 Like I’ve started, my hubby is a huge biscuit fan. He loves the biscuits from Hardee’s and so do I! I mean, who doesn’t. I have no idea how they make their biscuits but if and when Hardee’s ever decides to put a boxed biscuit mix on the market, I’ll buy it. Many restaurants have gone that route in the past few years. In fact, Olive Gardens Italian Salad Dressing is a favorite in my house. 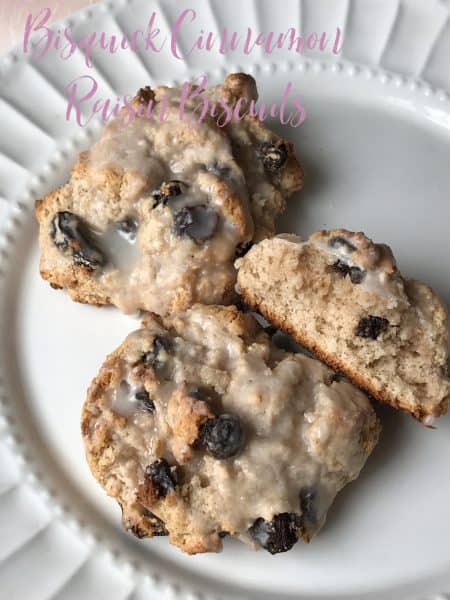 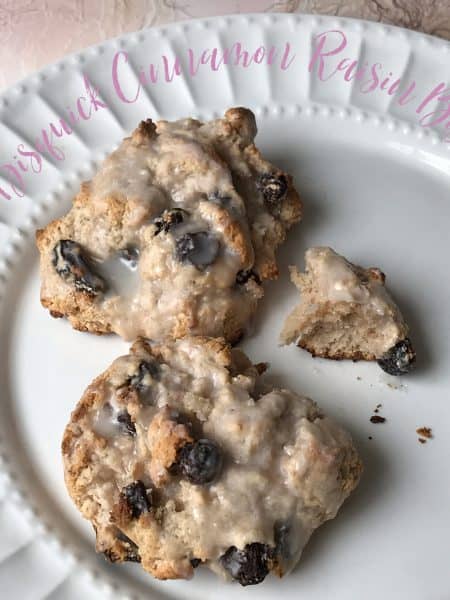 Even though Bisquick Cinnamon Raisin Biscuits weren’t as good as Hardee’s, (which I didn’t really expect them to be, I mean not exactly) they were actually very, very comparable. My hubby loved them, which was no surprise and I really liked them too. Which is good for him because if I like something, I’ll make it over and over again! 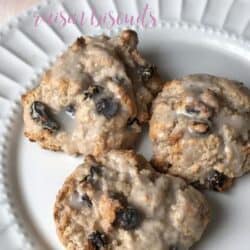 For this recipe we used Bisquick