Jump to Recipe
by Lynn // May 17, 2014
We may earn money or products from the companies mentioned in this post.

Barbecue Style Snack Mix is sure to spice up your next party. The barbecue seasoning gives this mix great flavor. Mini pretzels, cheese flavored snack crackers, wheat chex and corn chex. Melted butter, soy sauce, chili seasoning and barbecue seasoning blend are mixed together, poured over the cereal/pretzel/cheese crackers mixture in a large roasting pan and baked. They only thing left to do, is too Enjoy! 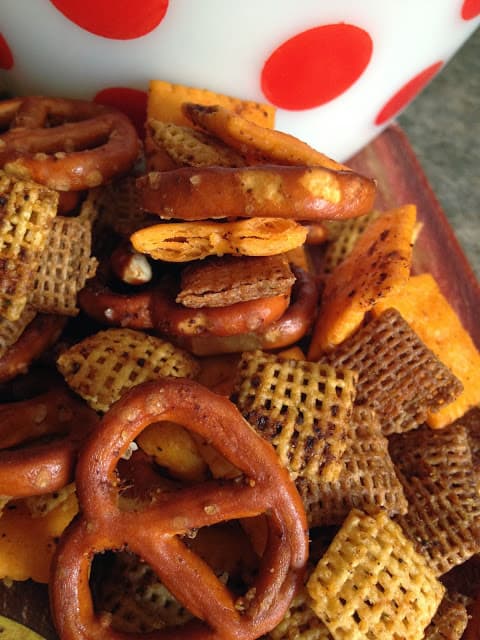 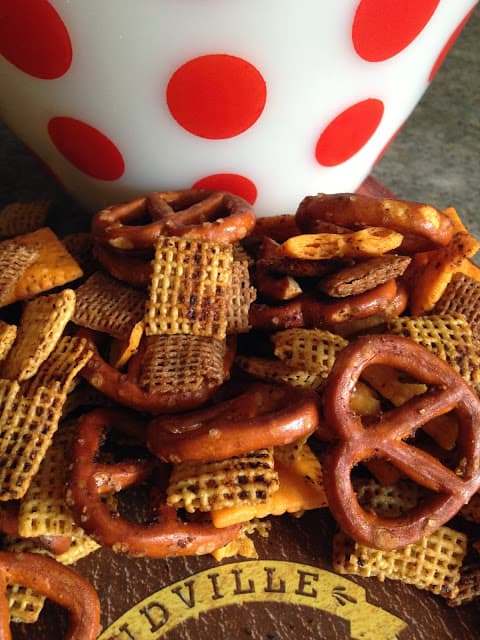 There are so many different varieties of chex party mix that it’s hard to keep track of them all. We have several different recipes here on Turnips 2 Tangerines. We went on a chex party mix “party” with one version being just as good if not better than the one before. I have never met anyone who hasn’t like some kind of chex party mix. It really is the ultimate snack food at any party. Don’t believe me? Set out a bowl and see what happens!

Chex party mix become popular as a holiday treat in 1955. The wife of a Ralston executive in St Louis served the snack at a holiday function. With the introduction of television in the 1950’s, Chex party mix was one of several TV snacks introduced to the viewing audience. It was one of many snacks that could be consumed while watching TV. Jiffy pop popcorn is another such snack that comes to mind.

Looking for more snack recipes? Try these: Chex’icago Snack Mix and Maple Honey Snack Mix and Munch a Bunch Snack Mix. For this recipe we used Chex Cereal. I have been making and serving Chex party mix during the holidays since the late 1970’s and still do! 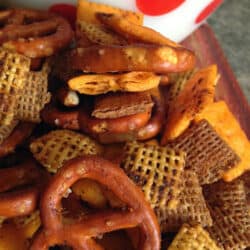 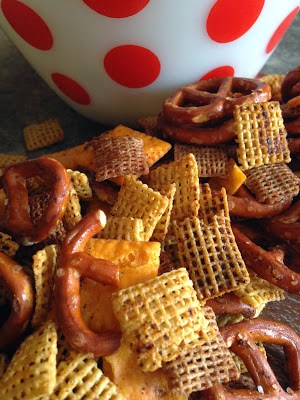