Jump to Recipe
by Lynn // April 24, 2022
We may earn money or products from the companies mentioned in this post. 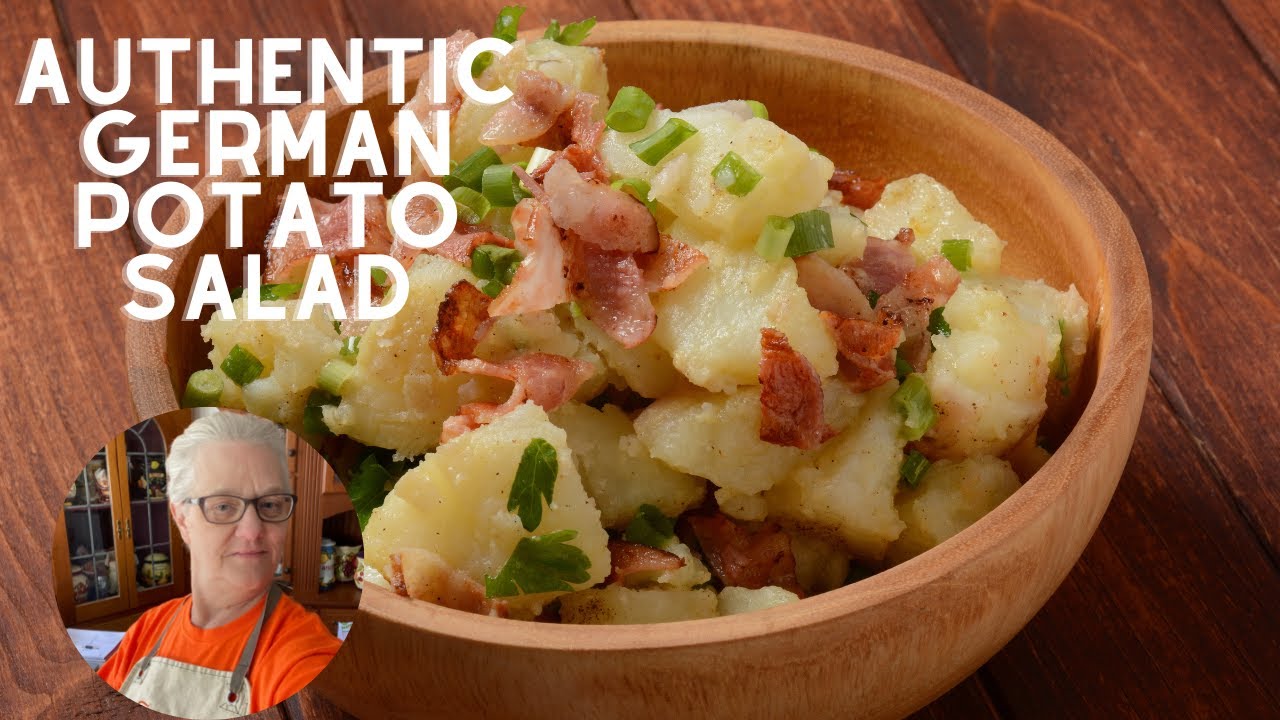 The basic ingredients are potatoes, bacon, vinegar, sugar, and onions. However, it doesn’t matter if the vinegar is cider or white, or if the potatoes are red or russet. What makes a German potato salad recipe really stand out are the added spices and herbs. The ingredients are fairly inexpensive, easy to make and leftovers may be reheated without losing any of the flavor. Kielbasa, sliced and browned, is often included in hot German potato salad. Even though I’ve never tried it this way, it’s definitely something to consider the next time German Potato Salad makes an appearance.

Recipes for hot German potato salad vary greatly. Orange Some cooks will add herbs such as dill or rosemary, others will add a sprinkling of celery seed, chives or parsley. Add a little kick by adding a bit of dried or prepared mustard and a little cayenne pepper. Of course, a few dashes of salt and ground black pepper are almost always included in a recipe for this salad. Fresh dill weed and fresh chives are often used to flavor most potato salads. We love a hearty turn of the pepper grinder also.

Many people think hot potato salad is best served with sauerkraut and sausages. I personally think so too. At Octoberfest celebrations, large dollops of potato salad are consumed as a compliment to beer and bratwurst. It is also a favorite side dish for a family dinner or a special German feast. Most Americans consider potato salad to be a grilling season staple only, but in Germany potato salad is seen on the menu year round. Hey, I’m all for that! Potato salad, Baked beans and Deviled eggs aren’t just for grillin’ season anymore! 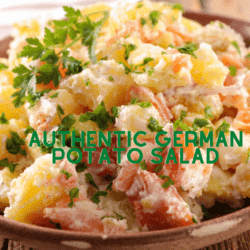 *Calories and Nutrition Information is an Estimate Only.