Fiery Cajun Shrimp is the ideal appetizer to serve at your Super Bowl Party. Spicy, buttery and delicious. Have plenty of ice cold beer and thick slices of buttered French bread or sourdough bread to serve alongside the shrimp. The bread can be used to soak up all the delicious juices left behind in the baking dish. According to my hubby that’s the best part, along with the icy cold beer to wash it down. 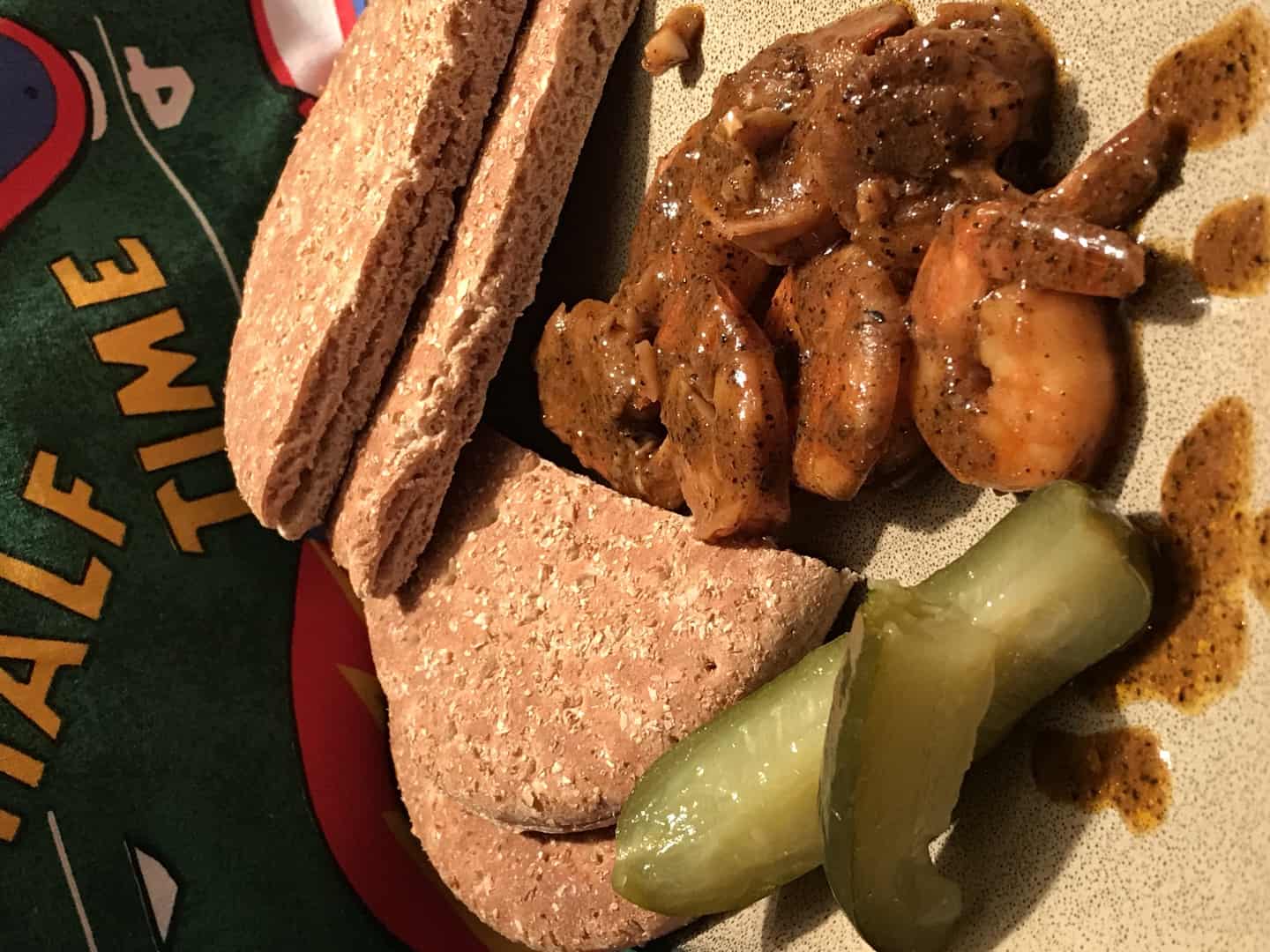 When you read through the recipe you might be somewhat startled when you read “1/4 cup black pepper.” You did read that right, it’s not a typo. There is indeed 1/4 cup black pepper in this recipe. That’s the “fiery” part! Now some of you might feel that that’s way, way too much pepper, if that’s the case for you, cut that amount in half. On the other hand, if you’re a pepper freak like my hubby is, that amount will be sufficient. Even though if it were up to him I could easily double that amount!!! Yuk..(I’m so thankful he can’t cook) 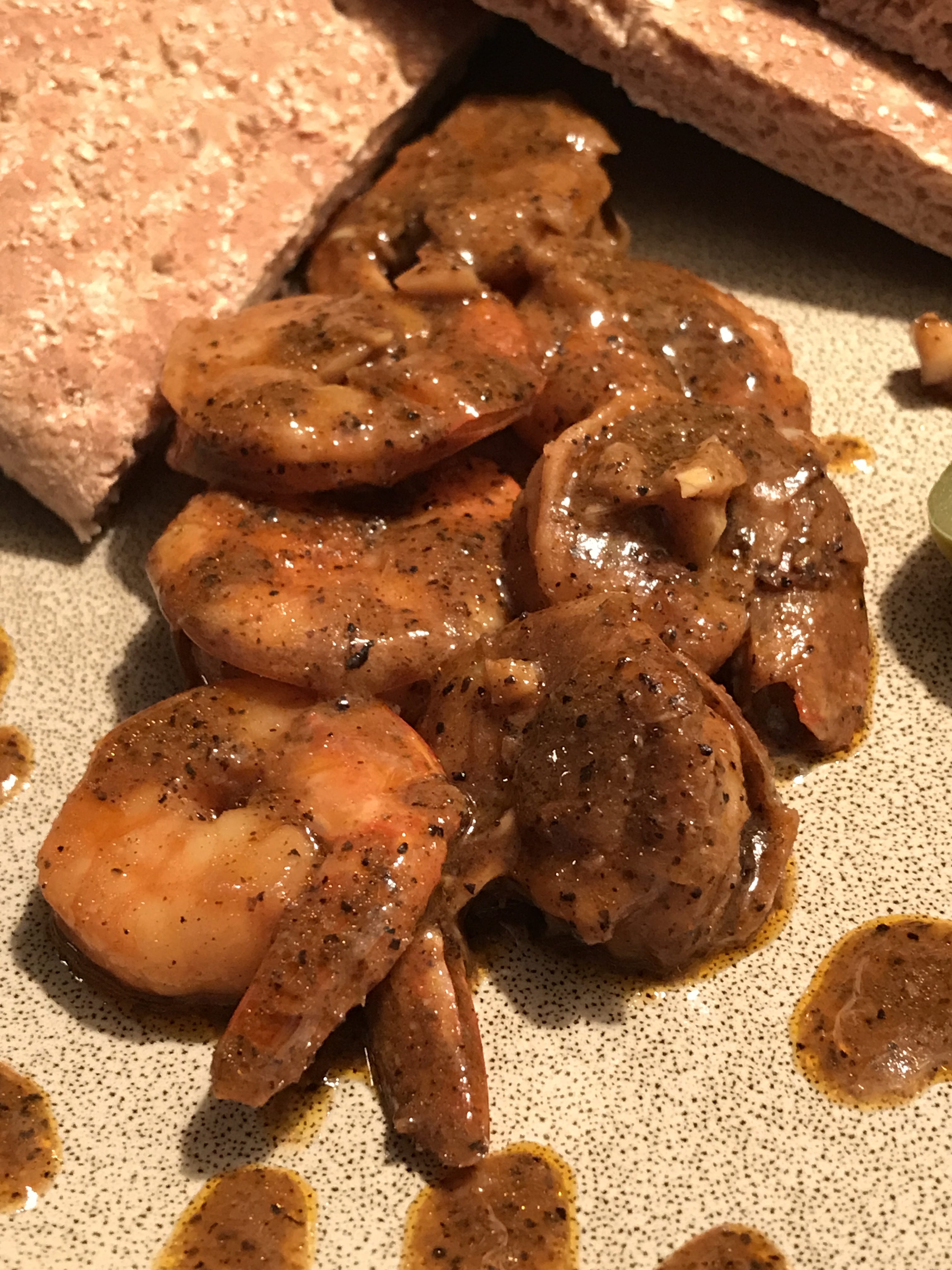 As far as the shrimp goes in this recipe, the freshest shrimp possible is ideal and preferably gulf shrimp. (To coincide with the Cajun theme.) The type of shrimp you use in this recipe depends greatly on where you live. If you live in the southern half of the country or live in the any of the coastal states, then your not only privileged, your in luck. You shouldn’t have any problem finding fresh or “good” shrimps. As for me, that’s a different story. We aren’t exactly known for our shrimp here in Wisconsin, so it will be a trip to my local grocery store seafood counter. 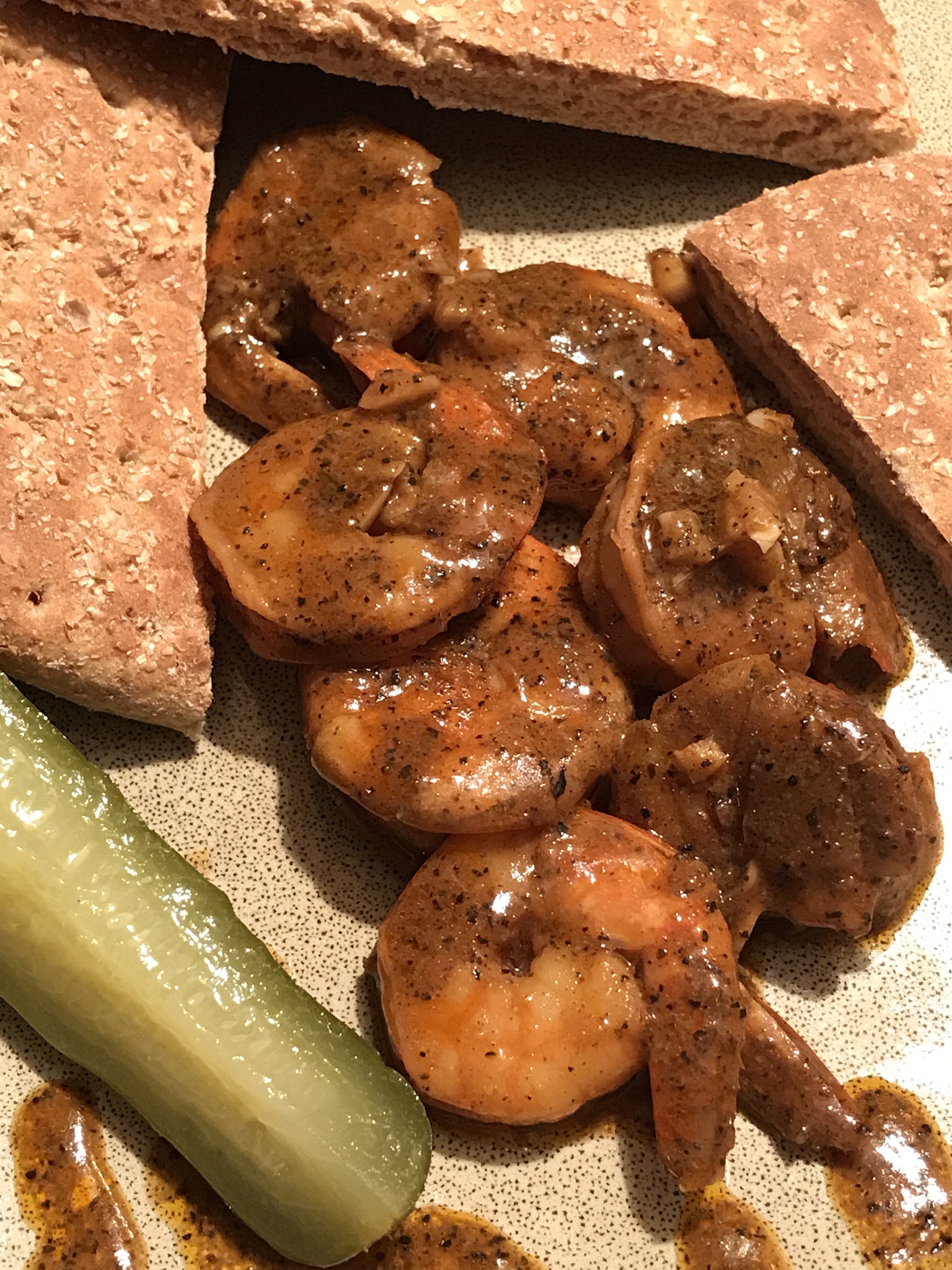 Serve with plenty of French bread for dipping in the spicy butter sauce.