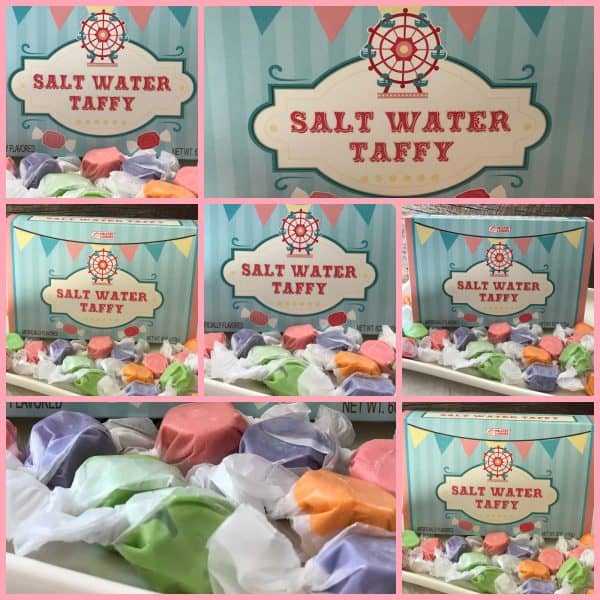 Salt Water Taffy is now available year ’round but was once only available during the summer months, when tourist would be visiting coastal areas and summer tourist areas. You can now buy Salt Water Taffy anywhere year ’round. One of my favorite flavors is peppermint that comes out during the Christmas season. Here in Wisconsin, two excellent places to purchase “homemade” taffy Wisconsin Dells Fudge and Wisconsin Dairyland Fudge

Now a subsidiary of Impact Confections, Melster Candies was founded in 1919, and quickly established itself as a maker of traditional American treats like Circus Peanuts and Taffy. Now, almost a hundred years later, Melster is still creating some of the most iconic sweet treats to be enjoyed on holidays, or every day! My grandma always had a bowl of peanut butter kisses sitting on her coffee table, that and butterscotch disks.

One of Melster most popular sweets is the orange-colored, banana-flavored, peanut-shaped, soft and chewy circus peanuts. Circus peanuts are a fat-free snack and like all our Melster products are made in Janesville, Wisconsin. Salt Water Taffy and Circus Peanuts are both candies that are a part of that list of Old Time Candies. Most people like or love taffy but on the other hand, circus peanuts…you either like them or hate them.

Looking for something to make with circus peanuts?  Give this recipe a try; Monster Toes, Halloween Fun

Most everyone love salt water taffy, but did you ever wonder when and how it was first made? Salt Water Taffy is a variety of soft taffy originally produced and marketed in Atlantic City, New Jersey, beginning in the late 19th century. The most popular explanation of the name is that of a candy-store owner, David Bradley, whose shop was flooded during a major storm in 1883. His stock of taffy was soaked with salty Atlantic Ocean water. 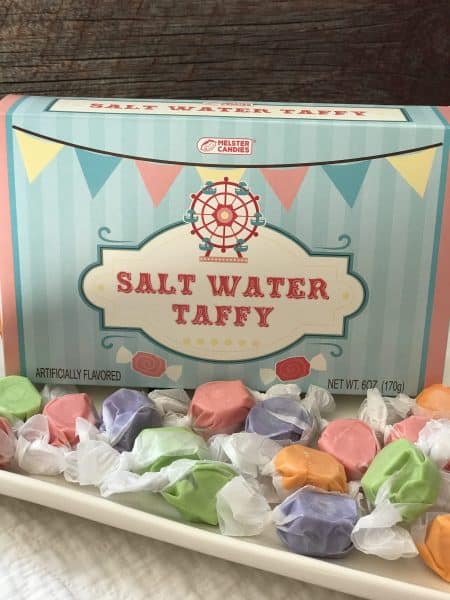 Shortly afterward, a young girl came into his shop and asked if he had any taffy for sale. Mr. Bradley jokingly offered her some “salt water taffy.” After sampling a piece, the girl purchased the candy and walked down to the beach to show her friends. Bradley’s mother was in the back of the store and overheard the conversation. She loved the name “saltwater taffy”, and that’s what it was called from then on.

Taffy was first cooked in copper kettles over open coal fires, cooled on marble slabs, and pulled from a large hook. The “Taffy Pull” was a household enjoyment on Saturday nights as well as an Atlantic City enterprise. The process of pulling taffy adds air to the corn syrup and sugar mix. First the puller got the taffy to about a 5 foot length, then it is looped over itself on the hook, trapping air between the two lengths of taffy. 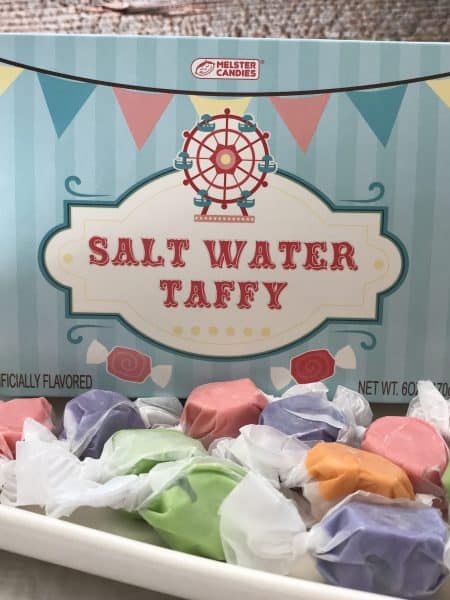 This process of aeration helped to keep the taffy soft. The pulled taffy was shaped by hand-rolling it on marble or wooden tables. It was then cut to a 2-inch length with scissors and, finally, wrapped in a pre-cut piece of wax paper with a twist at both ends. All of this was done by hand and usually within the sight of boardwalk strollers.

Joseph Fralinger really popularized the candy by boxing it and selling it as an Atlantic City souvenir. Fralinger’s first major competitor was candy maker Enoch James, who refined the recipe, making it less sticky and easier to unwrap. James also cut the candy into bite-sized pieces, and is credited with mechanizing the “pulling” process. Both Fralinger’s and James’s stores still operate on the Atlantic City boardwalk.

Today’s taffy is cooked in large stainless steel or copper kettles and then vacuum cooked a second time. The pulling and packaging is now done with machines. This produces much more taffy at greater speeds. Salt water taffy is still sold on the boardwalks in Atlantic City, nearby island Ocean City, and other tourist areas throughout the United States and Canada.

Summer is Coming, What’s on the Agenda?

Give these delicious and minty brownie cups a try! Minty Cheesecake Brownie Cups 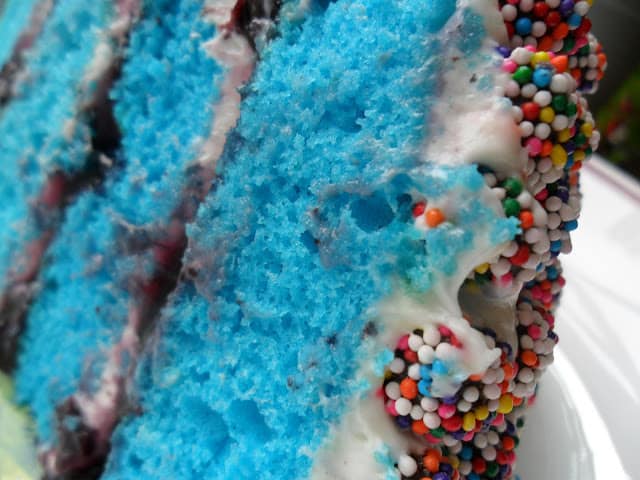 We may earn money or products from the companies mentioned in this post.Blueberry Cake Studded with Candy A Beautiful Blue-Berry Cake. This blueberry cake looks so impressive yet it’s so simple and easy to make. Made with a boxed white cake mix, a can of blueberry pie filling, a can […]

We may earn money or products from the companies mentioned in this post.Turtle Candy Topped with Sea Salt Turtle Candy is something that I indulge in once a year, only. And this is for a very good reason. If there is one thing I love and […]