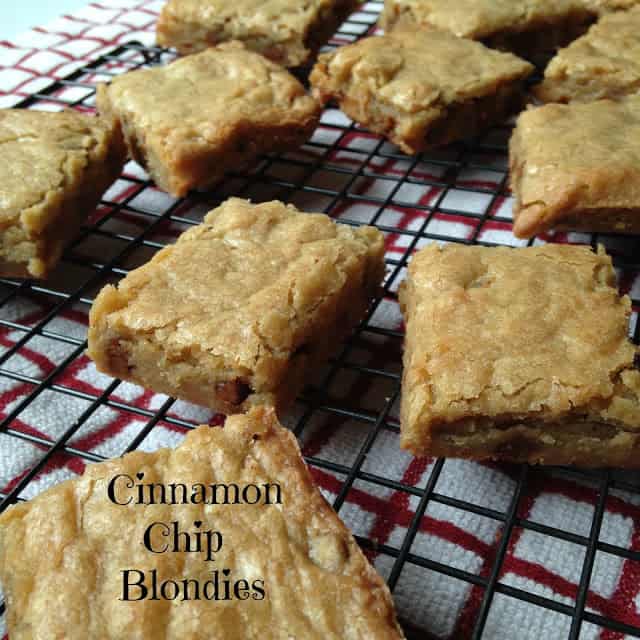 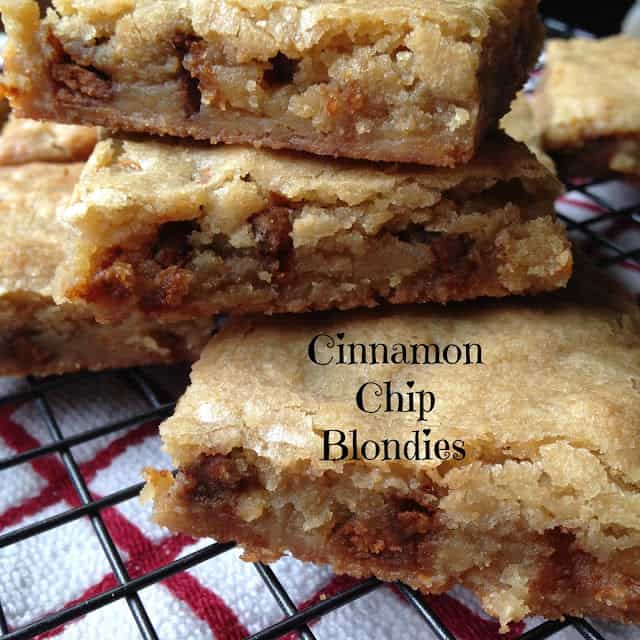 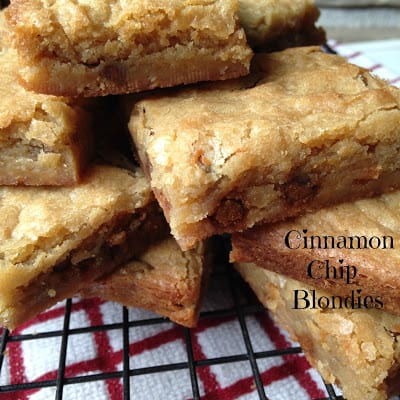 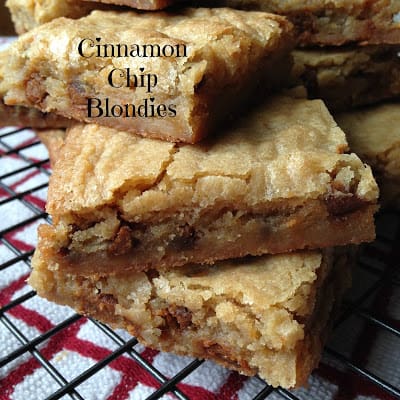 I can definitely vouch for this recipe, it is what the name suggests, no-fail. The ingredient list is nothing really, butter, dark brown sugar, egg, extract and flour. Then your choice of “add in” ingredients, which can be anything from flavored chips to espresso powder to flavored extracts, making these “blondies” truly “no fail.”

This recipe is brought to you via Inspired Taste via Smitten Kitchen. For this recipe we used Hershey’s Cinnamon Chips

Here is another recipe you might want to try using cinnamon chips. Oven Roasted Banana’s with Cinnamon Chips.

We may earn money or products from the companies mentioned in this post.Almond Joy Hershey’s Best Brownies This is one of our favorite brownie recipes. We have been making the Hershey’s Best Brownie Recipe for as long as I can remember. It’s a dependable recipe because the brownies always turn […] 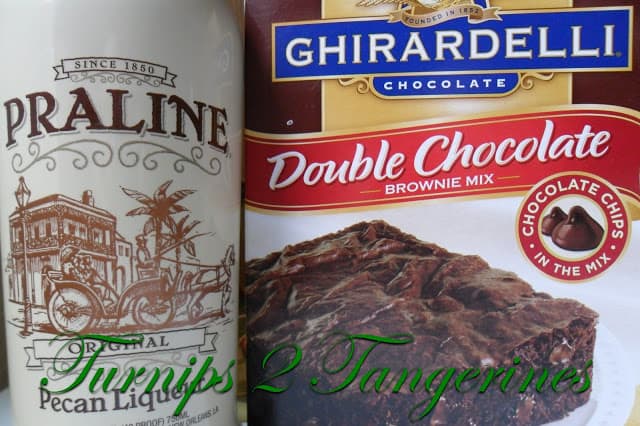